Why You Should Stop Decorating With Stripes

A new study reveals that your striped decor could affect your health. 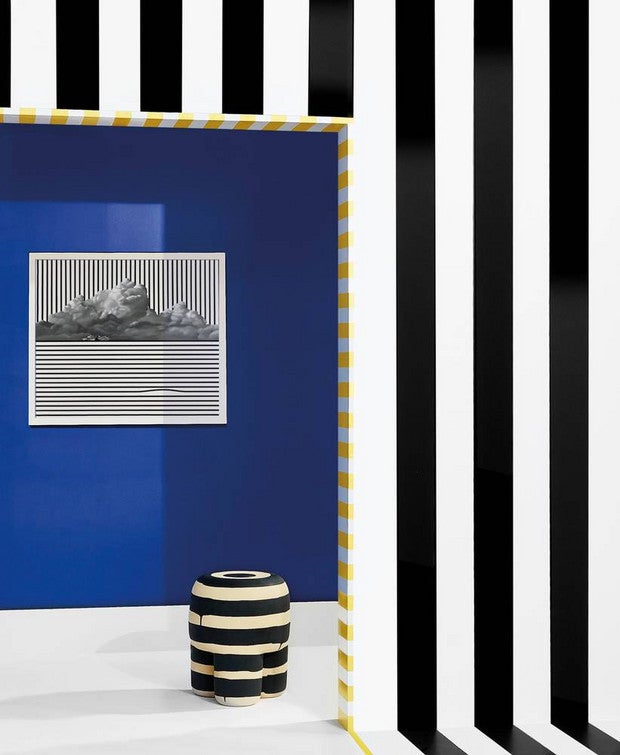 Photography by WILL ANDERSON

A new study shows that the way you

could be causing you health problems. That new striped graphic wallpaper you were so excited about may be chic, but it also may be responsible for your headaches.

Researchers at the University Medical Centre in Utrecht in the Netherlands found that staring at ordered lines increases gamma oscillations in the brain, thereby leading to migraines and even epileptic seizures. While the study was initially aimed at investigating why static images can sometimes cause seizures in those suffering from epilepsy, the scientists at UMC also believe the findings are relevant to the general population.

“Our findings imply that, in designing buildings, it may be important to avoid the types of visual patterns that can activate this circuit and cause discomfort, migraines or seizures,” writes UMC researcher Dora Hermes in the Current Biology journal. “Even perfectly healthy people may feel modest discomfort from the images that are most likely to trigger seizures in photosensitive epilepsy.”

According to the study, our brains are unused to regular parallel lines because humans didn’t evolve in an environment where they were heavily featured. This could be why sharp stripes (such as Venetian blinds or striped tops) are seen as more problematic than naturally-occurring stripes (such as those on animals or plants). The researchers discovered that manipulating stripes to make the lines wider or less uniform correlated to a decline in gamma oscillation activity. So, your zebra throw pillows are safe.

Despite these new findings, gamma oscillation is still a source of struggle for scientists who have yet to establish a definitive understanding of its purpose.

“Some scientists argue that these oscillations are hugely important and essential for awareness, attention, and neuronal communication, while others say that they are more likely a by-product of normal neuronal processing, like the exhaust coming out of a car — a potentially useful diagnostic signal, but not one that makes the neuronal machinery work,” says Hermes.

To be on the safe side, it may be time to press pause on any new decor plans heavily involving stripes. Might we recommend trying out gingham?

Discover some alternative patterns to try at home: