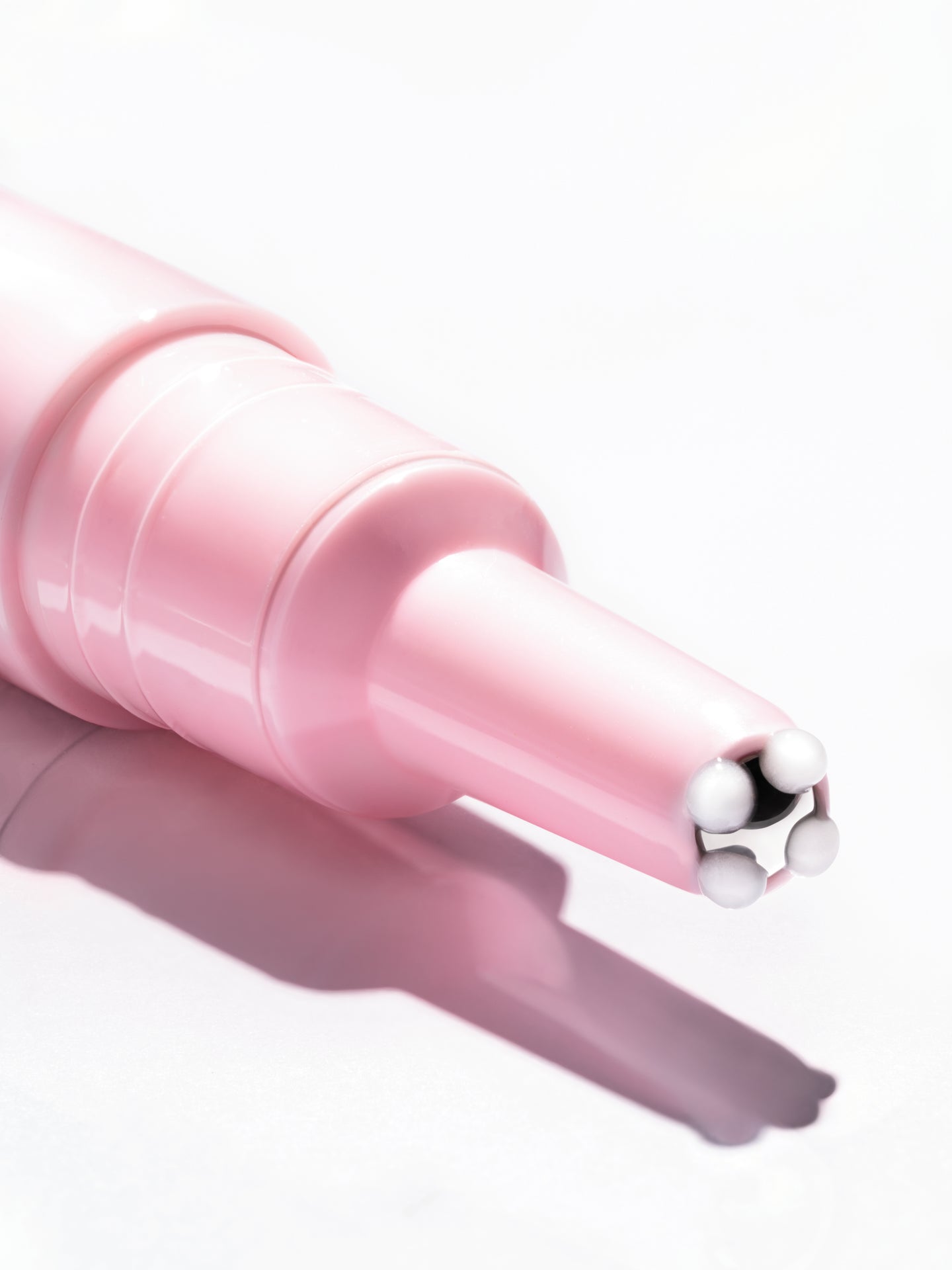 Zits, ah, those pesky bastards popping up whenever they please. Haven’t we all had enough? (“Yeah!” shouts the crowd in Sephora.) What are we gonna do? (“We’re not sure!” that same crowd of Sephora shoppers mutters.) And while acne is not embarrassing at all, it is just quite frankly annoying. Like, could you not, zits?!

So who you gonna call when a zit pops up? Glossier wants to pick up on the other line, with their new Zit Stick. Launching today, the on-the-go spot treatment is meant to kill acne—within hours. The stick, which is nearly identical to a Tide-To-Go pen, has 5 percent mix of benzoyl peroxide, along with salicylic acid to kill the bacteria in zits, and calm inflammation. The blend is meant to be effective enough to work immediately, but not so strong that it irritates.

Simply twist the end to get a small amount of product on the stainless steel tip, then roll right into the zit. That’s it. It’s meant to be applied at the first signs of a zit, and can be reapplied up to three times in one day. Thanks to the blend, it’s very gentle on the skin to assure you never have unsightly dryness. It applies and dries translucent, unlike other at-home zit treatments that are often white, chalky, and unsightly.

Think of these translucent, apply-at-your-desk blemish treatments as an updated, easier-to-use version of acne stickers, which are effective, but sometimes visible, can fall off, and can be more effort than they’re worth.

Glossier saw impressive results in clinical trials, too: After three hours of applying the treatment, 83 percent of users saw a reduction in pimple size, and after six hours, four out of five users found their pimples were less noticeable and painful. I personally can say I’ve tested it out over the last few days, and it causes zero irritation, and really does seem to reduce zit size throughout the day.  Glossier’s Zit Stick will be available starting September 6, for $14 at glossier.com.

Can’t wait? There are a few other on-the-go zit treatment sticks that are worth testing out, too.

Beloved clean beauty brand Indie Lee has the Banish Stick ($28), which blends witch hazel, zinc sulfate, salicylic acid, and glycolic acid to kill the bacteria in blemishes, as well as reduce the look and redness immediately.

Want to cover up a zit, while also treating it? Yes, of course you do. Try Bare Minerals Blemish Remedy Concealer Stick ($23), which is entirely designed to be coverage on-the-go. With a blend of tea tree oil and a “special peptide complex,” it also kills the bacteria in acne, and absorbs excess oil with Kaolin clay minerals. Apply the full-coverage, creamy concealer with the precise applicator tip to cover blemishes, while reducing redness and treating acne throughout the day.

Keep on treating acne: Apparently, We’ve All Been Popping Our Zits Wrong The Skincare Ingredients That Finally Helped My Adult Acne This Is the Best Face Mask We’ve Ever Tried