Designer Gillian Segal perfected it all via Zoom. 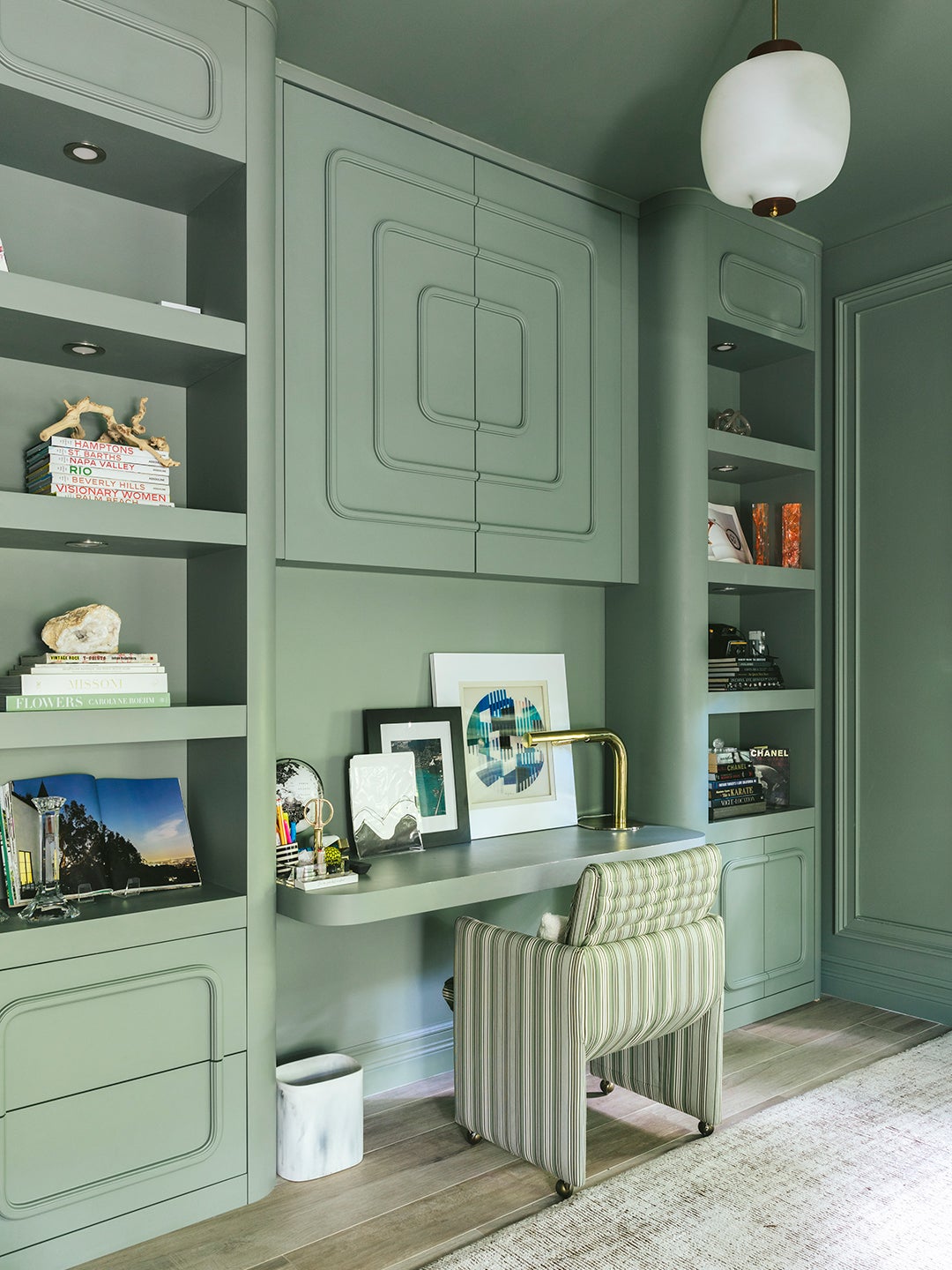 Until this past Thanksgiving, Vancouver-based interior designer Gillian Segal had never seen her Palm Beach, Florida, project in person. She worked 100 percent remotely (think: so many weekend-antiquing FaceTimes) and had spent nearly six months adding character and personality to a blank-slate new build from afar. Finally, over turkey and mashed potatoes, Segal met her client in person. “She found me through Instagram and asked if I was up for the challenge,” says the designer—and it’s a good thing she was. The homeowner, a fashion industry creative, needed a functional workspace ASAP; juggling an all-hands meeting and her kids’ homework time at the dining table wasn’t cutting it.

When in Doubt, Go Green

Previously an all-white box, the room is now swathed in a sage green paint—Card Room Green by Farrow & Ball to be exact—from wall to wall, including the ceiling. Segal knew (or rather hoped) that working from home wouldn’t last forever, so she wanted the area to be as versatile as possible. “It needed to be a space where the kids could come hang out but also exude this calm energy,” she explains. A neutral, in Segal’s mind, thanks to its cool undertones, the verdant shade could serve all the room’s possibilities.

Find a New Frame of Reference

Colonial-style picture-frame molding around the entire space was the original plan, but when all was said and mocked up, it just looked too formal. So Segal opted for curvy squares on the built-ins instead—using a half-circle trim rather than the detailed version that adorns the walls. The playful curves accentuate the desk’s (and bookcases’) rounded corners.

Make the Most Out of Imperfections

To get out of the house during quarantine, Segal’s client would traverse local antiques stores and estate sales, Zooming the designer every step of the way. Their most exciting find? A set of four vintage Italian pendant lights. The problem: They each had a different rod length. “They were clearly custom for the original owner,” Segal explains. But they were too good to pass up.

Sixteen different configuration attempts later, the ambient lighting was wired into place. The longer lights are positioned over the desk and the sofa, where the owner would need the most direct light. The other two complete a square arrangement, illuminating the corners of the office.