Embrace the over the top lifestyle at this glam boutique hotel. 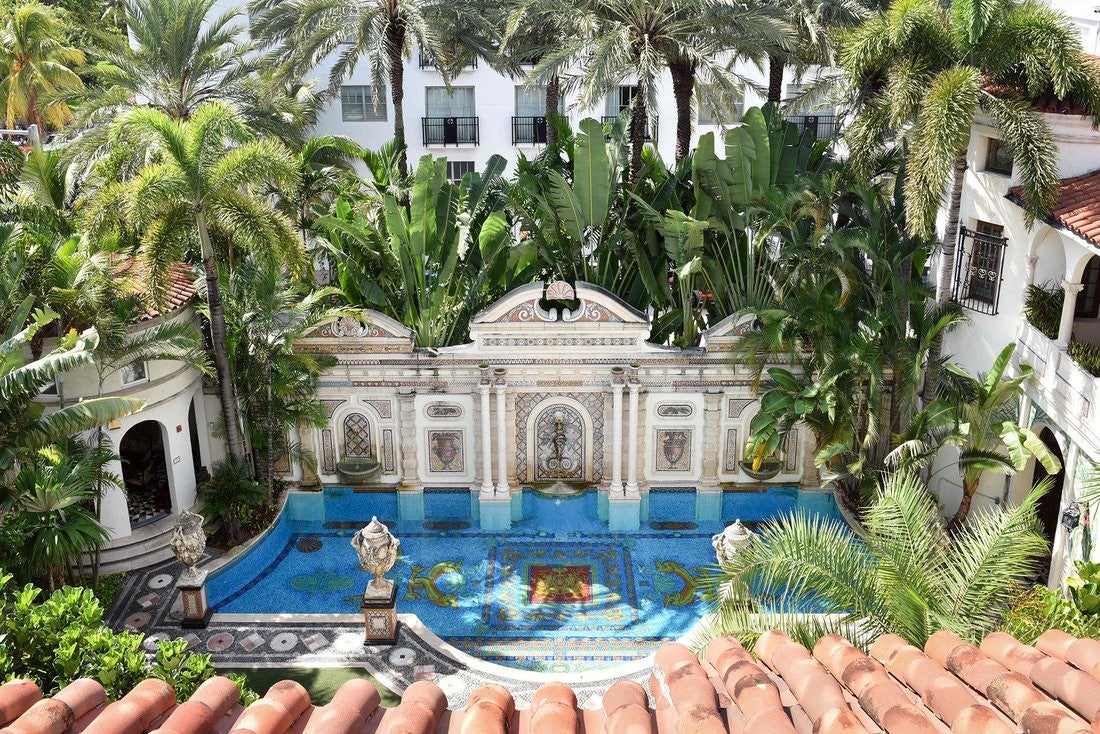 The iconic Versace mansion has come back into pop culture conversation, thanks in large part to the highly-anticipated premiere of Ryan Murphy’s latest installment of American Crime Story. It premieres on January 17, and will focus on the murder of the famous artist-designer.

But the over the top, opulent rooms of the mansion can be experienced on more than just your television screen—that is, if you’re willing to pay anywhere from $800 to $1,200 for a room.

Originally built in 1930 by old money millionaire Alden Freeman, the home is a piece of incredible Spanish architecture. Versace purchased the Ocean Drive property in 1992 while on vacation with his family, and ended up paying $2.95 million for the house, along with an additional $3.7 million for the lot next door. Through his extensive $32 million renovation, Versace tore down the old art deco Hotel Revere next door to make room for his noteworthy 24-karat, gold-lined mosaic pool and south wing suites. Now, the house is hailed the third most photographed home in the US, besides the White House and Elvis’ Graceland. Its impressive level of over the top extravagance has been much talked about in Miami, ever since Versace completed his one of a kind renovations.

After Versace’s tragic death in 1997, the storied home has changed hands numerous times. As of 2013, the 23,000-square-foot palace belongs to Victor Hotels group, who paid $41.5 million for the property in an auction. They kept each of Versace’s suites as rooms available for stay. And although Gianni’s sister Donatella auctioned off much of the original furniture after her brother’s death, most of the rich design features remain.

“We actually have preserved what Versace created here, and just augmented it with some modern touches for the convenience of our hotel guests and restaurant patrons,” Chauncey Copeland, the hotel’s general manager, told the Associated Press.

Though modern updates have included adding things like flat screen TVs to the suites, the museum-worthy wall paintings, mosaics, and frescos that Versace had made for the property—including his signature, snake-haired Medusa head—are maintained by a resident artist. It’s these spectacular decor choices that keep the integrity of the home in the same caliber of luxury that Versace experienced all those years ago. Guests can even sleep in Gianni’s room, which features a massive, custom-made, double king-sized bed. The other double-king bed resides in Donatella’s Venus suite, which also boasts a magnificent painted ceiling.

Want to live like Versace, and see where American Crime Story was filmed? This sensational villa may have to become a stop on your list.