Meet the green thumb of the moment. 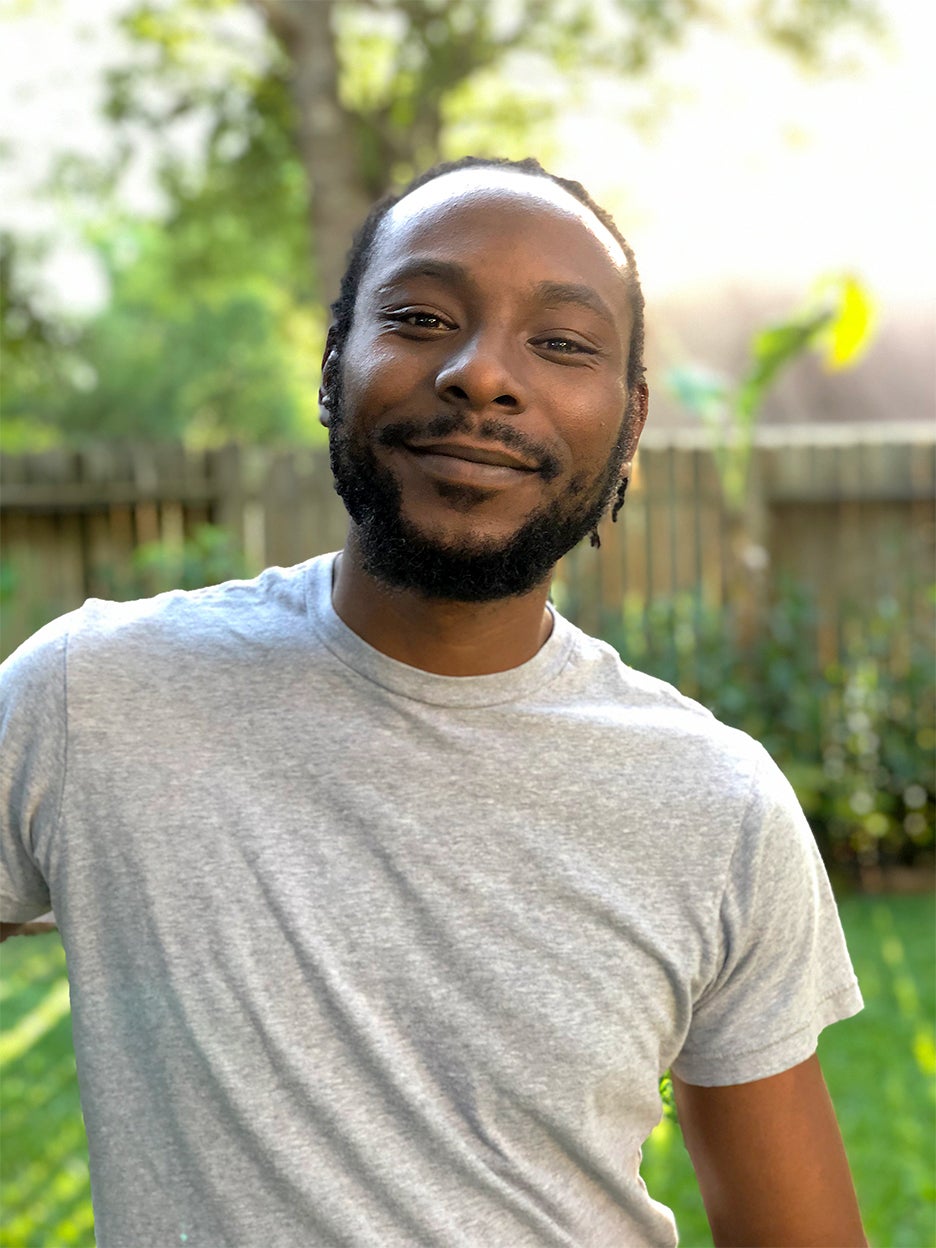 Marcus Bridgewater started his first garden about six years ago, when he bought his first house, in Houston. He received several plants from his oldest friend’s mother, but he didn’t have an instant green thumb. “I brought them home and killed most of them,” he says. It wasn’t until last December that he officially became Garden Marcus—the TikTok star who now has more than half a million followers eagerly listening to his advice on both plants and life.

In the years since adopting those first few plants, Bridgewater devoted himself to learning everything he could about gardening—and in the process he also learned more about himself. “A friend told me about some plants they saw on sale, and so I went and bought a lot of basically dead plants, and then I started doing everything I could to bring them back to life,” he says. “I realized that you can’t make anything grow, but you can foster an environment where growth is a byproduct of living. That was a profound life lesson.”

In 2017 Bridgewater founded Choice Forward, an organization that provides seminars, talks, and workshops on communication, problem-solving, and good habits. He is passionate about teaching others his philosophy of positive thinking—and when a friend told him about TikTok, he and his cofounder, Dana Hammarstrom, decided to spread that message in a new way: by combining Bridgewater’s teaching with his gardening, and sharing it with a digital audience.

In just half a year, Bridgewater’s popularity on the app has skyrocketed—for plenty of good reasons. Not only is his gardening advice informative and often innovative, it also comes paired with a lesson that applies to way more than just how you tend to your plants. Simply put, Garden Marcus is perfectly wholesome. Here are just a few of our favorite takeaways.

If You Want Satisfaction, Consider the Pothos

@gardenmarcusPothos (pronounced multiple ways) is a great indoor plant. I have it in every room ?? ##LearnOnTikTok ##TikTokPartner ##happygardener♬ original sound – gardenmarcus

This long, vining plant is enough to inspire even beginner plant owners to give the species a try. “This pothos is really healthy and it’s been with me since the beginning,” says Bridgewater. “Some of the plants that were a huge part of my learning curve are the ones that are now sending out these reaffirming messages into the world.”

You Can Regrow Your Food—Even Pineapples

Bridgewater loves working with food scraps, from carrot tops to mango seeds, but his most impressive (and beloved) gardening experiment is with pineapples. “I’ve propagated so many now—they’re all over my yard,” he says. Patience is key.

Propagation Is All About Roots

@gardenmarcusEvery mistake is an opportunity to learn ? Do you think I’ll get a sweet potato in the fall? ?? ##lifelessons ##everydayscience ##randomthings♬ original sound – gardenmarcus

When it came to his sweet potato ivy, Bridgewater felt stumped. It flourished in the autumn, but year in and year out it would die come winter. He always tried to propagate it, to little success—until this past year. He figured out that he needed to leave the cutting in a glass of water in his garage and allow the leaves to die off, so the plant could use its energy to produce roots.

Bridgewater spends an hour and a half to two hours in his garden every day, time during which he checks on new growth and sees which plants could use a little extra tending—it’s all about patience.

Discounted Plants Can Be Saved

@gardenmarcusRescuing some clearance lavendar. I love this powerful plant. Do you like the smell of lavendar? ?? ##LearnOnTikTok ##TikTokPartner♬ original sound – gardenmarcus

So much of Bridgewater’s gardening journey is about making the most of plants that haven’t been given the proper care and attention they need to survive—which is why he loves getting discounted greenery that might not be faring particularly well and nursing it back to health. It’s amazing what some fresh soil, water, and time can do.