Your Home Can Be Dripping in Vines, Thanks to This New Wallpaper

Greenery at its most low-maintenance. 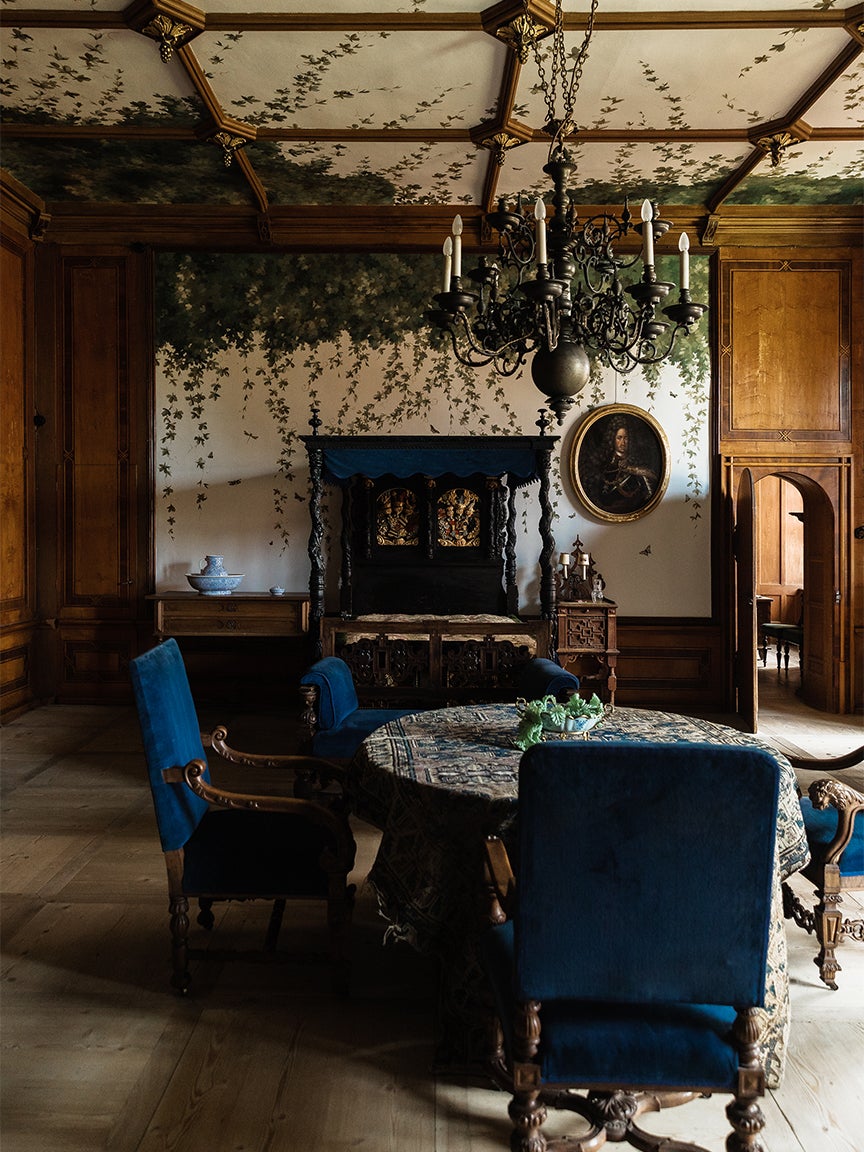 Something wonderful and fairy tale–like happens to buildings after a few centuries: They become covered in vines. Take Schloss Hollenegg, a 12th-century castle located in the east Austrian hills, where the greenery spills down the facade from covered walkways three stories high. The verdant display is the product of hundreds of years, but you don’t have to wait to re-create it inside your own home. Brooklyn-based company Calico Wallpaper and design firm Charlap Hyman & Herrero captured the lush vines in the form of wallpaper, debuting the collection, dubbed Overgrow, this May inside one of Schloss Hollenegg’s wood-paneled rooms.

“We wanted viewers to experience the wilderness beyond the castle, to feel enveloped,” says Rachel Cope, who with her husband, Nick, founded Calico Wallpaper. For a fully immersive feeling, the couple took the illustration up to the room’s ceiling—what Nick calls the fifth wall. “It can truly create a jewel-box effect in small rooms and something more impressive in larger spaces,” he says. The insect-adorned print, which comes in six different colorways, is especially stunning when there are intricate architectural details at play. While it is technically sold in one seamless, nonrepeating sheet, the designers tailored it to fit in between the coffers at Schloss Hollenegg so it would look like one continuous picture, trickling down to the fireplace wall.

There’s more prep work involved with wallpapering a ceiling, Nick admits. Popcorn-style or cracked surfaces will need to be smoothed down with a sander and touched up with wall filler first. You’ll also have to remove any obstacles like light fixtures or fans before getting started. Like all of Calico Wallpaper’s treatments, this print comes untrimmed and requires pasting, so the company suggests having a pro tackle the actual install. Says Nick: “Especially if you’re living in a castle, where it might last for a couple hundred years.”