Who Needs Furniture? Not These Extreme Minimalists

Get more out of having less. 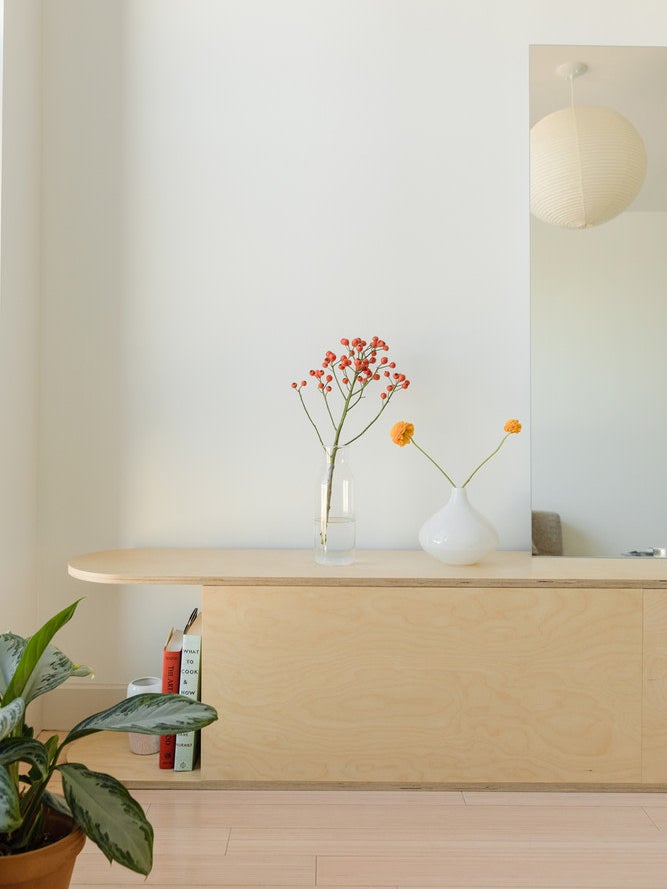 So you’ve already KonMari’d your closet and purged all the papers that have been piling up on the corner of your desk for months. What’s the next level to uncluttering your life? It could just be getting rid of your armchair too.

For some people, the best furniture is no furniture.

While most minimalists generally practice a “need not, want not” philosophy by sticking to just the essentials, a subset of people called extreme minimalists are drawn to an even more pared-down lifestyle. Think: wardrobes with just a few items, cushions instead of chairs, and hammocks or floor mats instead of full-on beds. It can seem pretty extreme, especially to the observant maximalist, but there are benefits to a basic way of living. Here, the less-is-more movement’s followers explain why a sparse home can be best.

Let’s face it: Very few people, if anyone, like living amid disorganized chaos, and it’s part of the reason Kondo’s teachings have gained such a strong following, which includes Youheum Son, an art therapist who lives a low-furniture lifestyle. She discovered Kondo’s manifesto, The Life-Changing Magic of Tidying Up, when she had just graduated from grad school and was struggling with her identity. “Letting go of clutter made me realize what I truly enjoyed in life,” she says. “It allowed me to start practicing minimalism in many aspects of my life.”

Cleaning up your home and getting rid of unnecessary belongings can bring up some intense emotions—but ultimately, that emotional impact is what inspires some people to keep living a simple life. “After a few years into it, I was able to uncover my negative emotions and toxic habits through emotional decluttering. What surprised me most was the fact that I was using material accumulation as a way to run away from my past hardships and insecurities,” says Youheum Son, who has been a minimalist for six years and has been living sans furniture t year (and sharing her low-waste lifestyle on Instagram). “This realization helped me move forward with my life and allowed me to deepen my practice,” she says.

No two people live in the exact same way, and for those who want to do more with less—especially those who want to limit their furniture—functionality is key. “If you don’t entertain or watch TV, then do you really need a sofa and the other furnishings that come along with that?” says minimalist YouTuber Patricia, of A Small Wardrobe. Instead, Patricia suggests using your space as a study area, a yoga zone, or a place to do any other thing that matters to you. “The power of the practice is that it helps you understand what your real values are, what is really important to you, and to make your physical surroundings support that,” she says.

Expectations on how to fill your home can also depend on where you live or where you’re from, as Youheum points out. “I’m Korean-American, and in traditional Korean culture, we don’t have a lot of furniture—no sofas, Western-style beds, no tables with chairs,” she says. “We like to sit and sleep on the floor!”

It creates a serene scene

When you prioritize your personal needs, you’re bound to create a space where you feel safe and comfortable. In the case of extreme minimalists, a low-furniture (or no-furniture) lifestyle is simply what makes them feel best. “Getting rid of my sofa has meant that I have a lot more space in my living area, which makes it feel calmer to be in and more versatile in its use,” says Patricia. “And there is obviously a lot less cleaning and maintenance involved.”

Especially if you live in a smaller space, freeing up valuable square footage and decluttering to the max can make your home feel serene. “I move about freely without being restricted by space-consuming furniture pieces,” says Youheum. “I also enjoy living with fewer distractions and stimulation, especially because I value peace and calm as a highly sensitive person.”

While the furniture-free life may not be for everyone (let’s be honest—for some people, a really good end table sparks major joy), it’s a choice that, for others, is totally worth the effort. “It’s an option that you can consciously choose if you want to invite more mindfulness, space, and intention into your home,” Youheum says. “And it’s easier than you think.”

See more minimalists: I’ve Fallen Down a Rabbit Hole of Korean Lifestyle Instagrams and I Don’t Want to Get Out What’s It Really Like to Live With Only the Essentials? 4 Minimalists Sound Off 6 Decluttering Strategies Minimalists Swear By