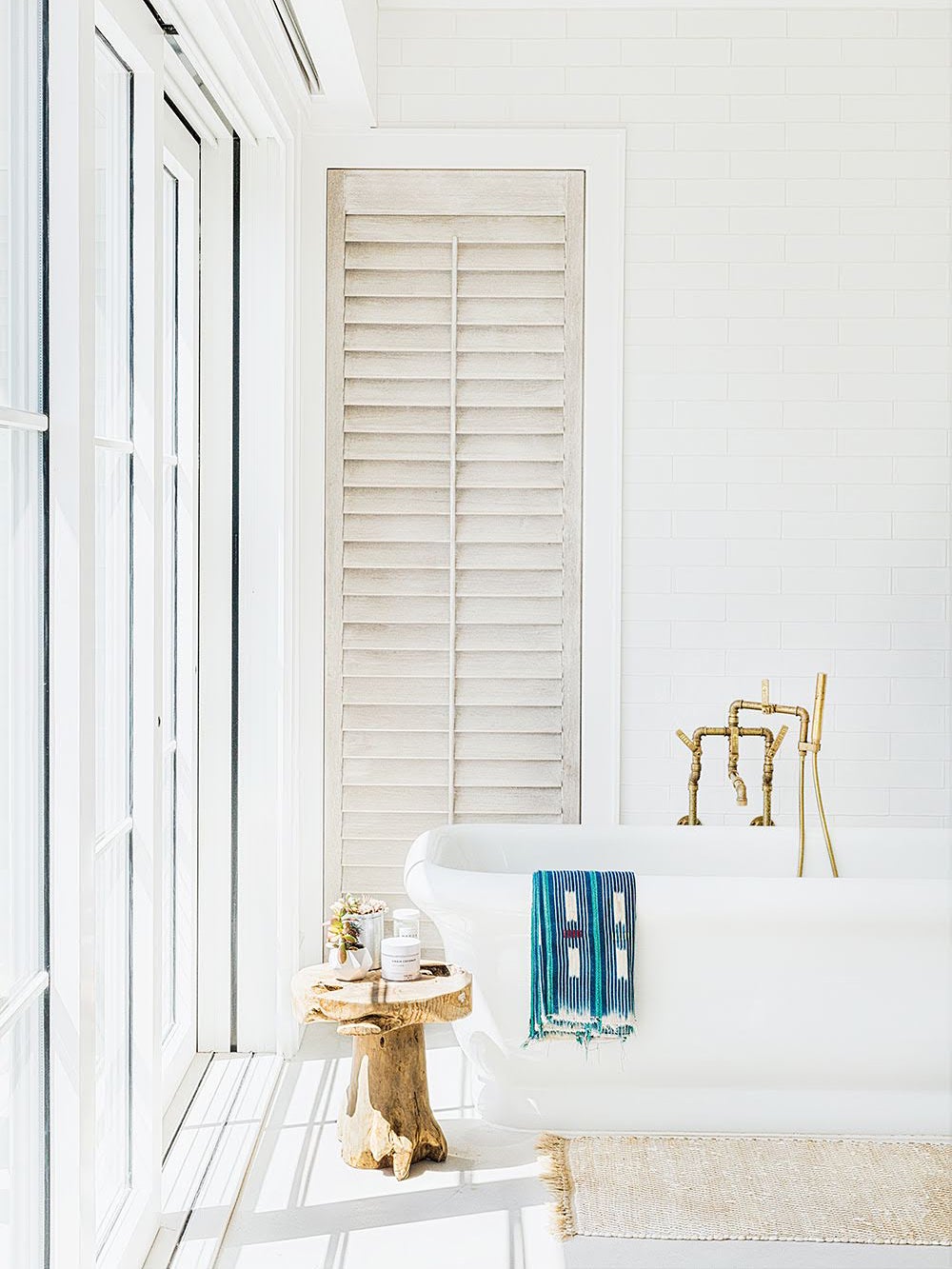 I had resigned myself to never stepping foot in my small apartment’s even-smaller bathroom without first sliding on slippers, for fear of accidentally drenching my socks in a puddle. Its near-constant state of wetness was no fault of mine or my two roommates, but rather its perplexing design: It’s long and narrow, with a tiny sink and a tub that would require two full shower curtains to fully barricade its perimeter. Pools of water are inevitable, which means any and all bath mats would end up soaked—until I found this one.

I had tried to go the typical route, picking up a thick cotton bath mat at T.J. Maxx. It worked fine until I tossed it in my building’s basement washer and dryer. Reader, the mat never fully dried, even 30 minutes later.

I thought I had found a better match when I ordered a teak mat that I was assured would never get soggy or moldy. Sure, I always had to mop the water that dripped underneath it, but at least I didn’t have to deal with the washing machine. It wasn’t a perfect fix, but it was good enough—until I discovered a few weeks ago that the wood was starting to disintegrate.

It was then that I stumbled upon Dorai Home’s stone bath mat on Instagram. Videos on its site show drops of water hitting its surface and getting absorbed within seconds. I got the mat.

Although it’s made out of diatomaceous earth, a naturally occurring mineral that has antimicrobial properties, it was lighter and thinner than I expected. I was worried that it would be chilly underfoot (something no one loves post-rinse), but it stays room temperature. Sure, it’s no fluffy rug, but it’s not unpleasant to stand on either. Then there’s its dimensions: I read one or two reviews that claimed the stone was a little too small, but it’s a perfect size for my cramped bathroom.

When I shower, I dry off while standing on the stone, and within minutes, the water on its surface has absorbed (and eventually evaporates). When one of my roommates showers the following morning, the floor stays dry. And it even remains so when the other one washes her face in the aforementioned minuscule sink. My seemingly never-ending problem has officially been solved—now I can put my effort into upgrading the shower hook situation.

See more stories like this: The Home Union Founders Retiled Their Bland Bathroom in Less Than a WeekYou’d Never Guess That This Kitchen’s Sink Was a $300 Amazon FindSo You Want to Install a Shower Niche