find the best brew for you in LA! 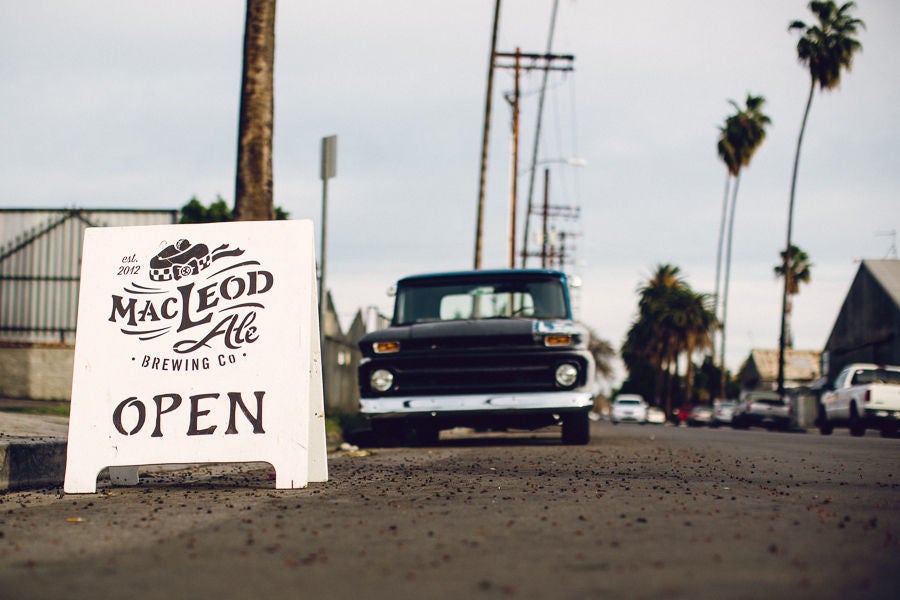 Long Beach has earned a reputation among beer geeks as one of the highlights of brewing on the west coast, and this award-winning brewery owned by Julian Shrago has been recently named “Brewpub of the Year” at the Great American Beer Festival. Julian and his crew make beers for both the beer nerd and casual drinker with their selection of popular IPAs and class house brews.

Smog City, an award-winning brewery owned by Jonathan Porter and his wife Laurie, has won three Great American Beer Festival medals so far, including a gold for their Groundwork Coffee Porter. The brewery is packed with dozens of wine and spirit barrels, and they offer a handful of excellent IPAs such as their Hop Tonic and Amarilla Gorilla, which is a perfectly crisp and floral bohemian pilsner and one of the best coffee porters out there.

Owner and Brewmaster Henry Nguyen of Monkish Brewing Co. uses beer as a creative outlet with his monastic brewing traditions. Nguyen’s Belgian-style brews including drinkable pale ales to potent tripels infused with all manner of uncommon botanicals. In his Monkish beers, the taste is balanced with every spice and botanical in accord with the complex malt profiles and the estery yeast.

The four partners, Bob Kunz, Ross Stephenson, Michael Blackman, and Dustin Lancaster, behind the humble brewery, Highland Park Brewery, offer unique, quality brews and consistently changing seasonal brews. Choose from refreshing table beers featuring botanicals to complex ales like the Party IPA infused with Spanish cedar to unique options such as the Ham Porter (made with ham) and the Lazy Susan (a tart wheat ale made with 300 pounds of local peaches and nectarines).

Eagle Rock is not only one of the best breweries in the city, but this spot was the first craft brewery in Los Angeles, and has been operating for over 60 years. Their slogan is “Beer for the people” as this brewery has a strong community sense with homebrewers and hosts brewer meet and greets and in-house seminars. As for the brews, they offer both light and complex beers such as their delicious Single Hop XPA made with Centennial Hops.

Solidarity Black Mild, which is a refreshing light-in-body dark beer with a malt flavor

Founded in 1995, Mark Jilg’s Craftsman, located in Pasadena, has been dedicated to perfecting quality, not quantity for the last 20 years. Known as one of the most respected breweries in the city, Craftsman offers fantastic classic style beers such as their Rye Pale Ale, Scotch Isle Ale and Smoked Black Lager, as well as a unique selection of wild and sour ales.

Try the 1903 Pre-Prohibition Lager or the Triple White Sage (Belgian-style tripel with sage).

If you love IPA brews, then check out Rob Croxall’s El Segundo Brewing Co. that offers a tasty, refreshing lineup of pale ales and a range of IPAs made with earthy and tropical hops and classic West Coast and citrus and pine flavors.

Try the White Dog IPA, a wheat-based and tropical brew or the Mayberry IPA made with Mosaic hops.

This small, cask-only brewhouse located in the Valley suburb of Van Nuys is focused on creating traditional British style ales conditioned and served from casks. Its brewmaster, Andy Black has managed to make classic styles such as small stouts, traditional bitters and drinkable Scottish ales.

Try the grisette, a tart yet refreshing brew, or enjoy their Blind Ambition, a fruity Belgian dubbel.

Focused on quality and sustainability, Golden Road is putting out some solid brews, with their saisons, lagers, and their new signature series of IPAs, which can be found at nearly every corner liquor store in the county.

Try their 329 Days of Sun Lager, a complex beer with accents of floral notes of German hops and an addition of acidulated malt.