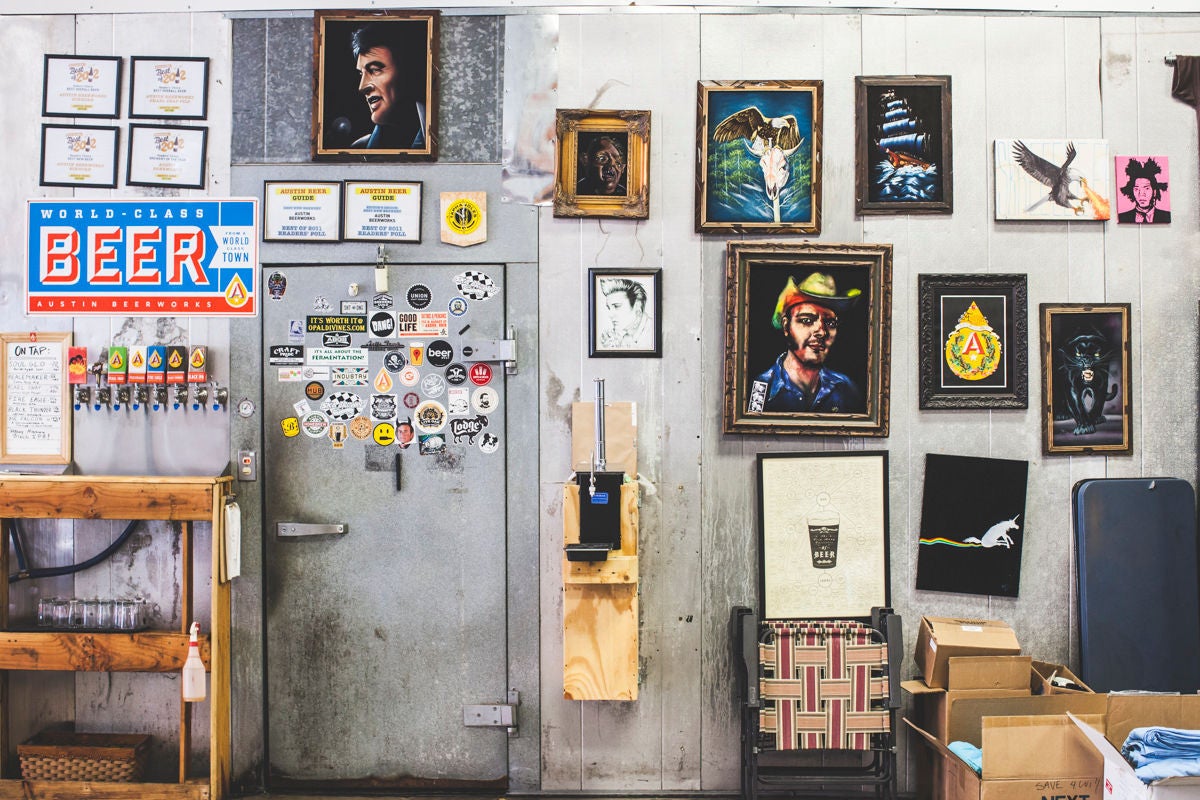 live oak brewery Live Oak is one of the best German breweries in America, and also, one of Austin’s oldest. Inspired by German and Czech style beers, this small brewery continually produces the high quality beers that are on tap all over the state of Texas, including a legendary hefeweizen.

WHAT TO ORDER: Besides the popular Hefeweizen, try the Pilsner, Weizenbock, or their greatBarleywine.

austin beerworks This Austin brewery is popular largely due to their highly sought-after Heavy Machinery rotating IPA series, which is a seasonal program that produces some of the best IPA beers in Texas. This iconic can-only brewery also produces their beers in cans to provide full flavor and freshness.

hops & grain This green-friendly brewery offers quality craft beers both in “simple” styles, as well in their innovative, more experimental brews. Head into H&G’s taproom, open from Wednesday to Sunday, with free tours on Thursday and Friday, and taste their Greenhouse Series, which offers 12 months of different hops.

WHAT TO ORDER: Try the Greenhouse IPA series.

jester king brewery Located just west of Austin in beautiful Texas Hill Country, this brewery housed in a picturesque rustic barn is the only farmhouse brewery in the state that allows natural yeast to ferment their beers. This process gives their beers, including their wild ales and fermented beers, sour notes, low carbonation, and bold flavors. Their tasting room is open from Friday to Sunday, and tours of the brewery are also offered and recommended due to the beautiful, wide-open field of wild flowers that surrounds the brewery.

(512) brewing company This English and Belgian-styled brewery crafts fresh brews in small batches from as many local and organic ingredients as possible. Buy advance tickets with friends to attend one of (512)’s weekly brewery tours on Saturdays, which provides tour guests with a glass and unlimited pours of the craft beer.

independence brewing co. Amy and Rob Cartwright’s Independence Brewing Co. has been a staple in the Austin beer scene for more than a decade. This brewery produces smooth, handcrafted beers full of flavor that are crafted from the highest quality ingredients. Their tasting room is open Thursday through Saturday and tours are available upon request.

WHAT TO ORDER: Try their year-round favorites including the Austin Amber, and Stash IPA

the thirsty planet brewery This environmentally friendly brewery joined the craft beer scene in 2010 and donates a portion of its beer sales to a handful of different charities. The Thirsty Planet offers delicious year-round crafted and seasonal beers, and hosts regular free brewery tours, but reservations are required for the Saturday-only tours.

WHAT TO ORDER: Try its signature brews: the Buckethead IPA, Thirsty Goat Amber and the Yellow Armadillo.

adelbert’s brewery Belgian bottle-conditioned beers can be found in Adelbert’s tasting room, which also offers a bevy of entertainment options including: a television, darts, ping pong and a foosball table. The brewery also provides weekly 45-minute tours available on Fridays and Saturdays, in which they offer a $13 glass option, including a souvenir glass and six sample pours. And if the tasty crafted beer and brew tours aren’t enough, there’s also a rotation of food trucks outside the brewery providing a variety of delicious food options.

WHAT TO ORDER: Try the Tripel B or the Scratchin’ Hippo.

south austin brewing company Check out this South Austin microbrewery that transforms hops, barley, and yeast into Liquid Austin Soul. Be sure to attend the Meet the Brewers Happy Hours, where attendees can meet the people behind the beer and tour the facility with groups up to 8 people.

WHAT TO ORDER: Try the 6 String Saison ale or their TPA.

circle brewing company This brewery gets down to the basics, using German standards in their brewing process by combining the principles of the German Purity Law of 1516 with innovation and creativity, resulting in a better quality beer crafted with Water, Malt, Hops, and Yeast. Their tasting room is open Friday through Sunday, with additional quarterly open houses.

WHAT TO ORDER: Try the Envy Amber or the Double Impact ale.