Here’s how you can get involved at home. 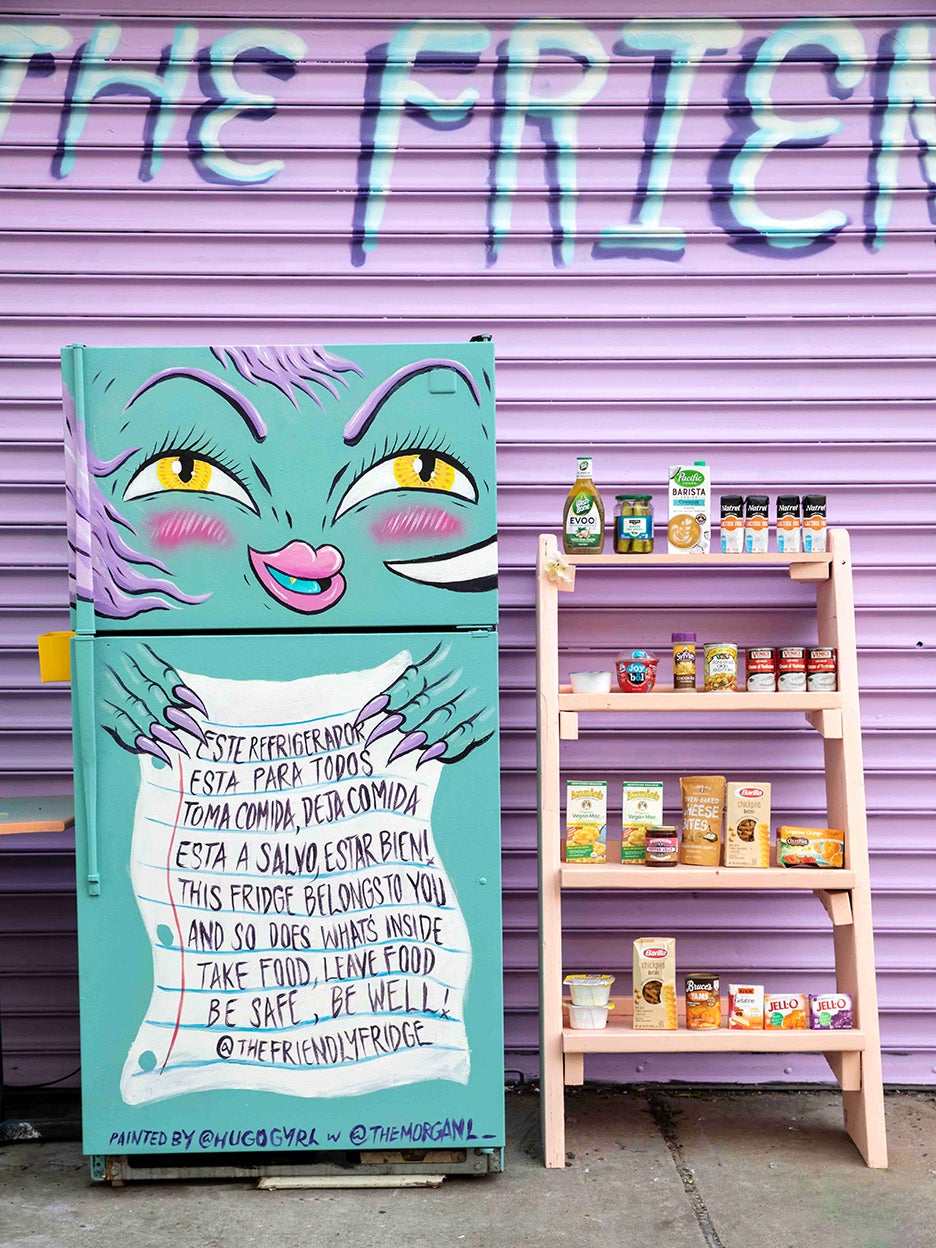 If you’ve walked around New York City in the past few months, you might have wondered: What’s up with all the refrigerators on the sidewalks? They’re not the abandoned appliances of those moving apartments or upgrading their kitchens—they’re community-run sources of free food for anyone who needs it, donated by anyone who can.

No one nonprofit or organization is behind the fridges. Instead they’re installed outside bodegas and apartment buildings by people who want to support their neighbors with mutual aid. Anyone is welcome to get involved.

After learning about a fridge installed in Bedford-Stuyvesant, Brooklyn, artist Pam Tietze was inspired to set one up in her own neighborhood of Bushwick, which she dubbed the Friendly Fridge. In April she went on Craigslist, secured a fridge donation from a family in the Rockaways, picked it up, and plugged it in the same day—and as she set it up, passersby already started expressing interest in donating. After a few weeks, the fridge broke, but Tietze quickly secured another donation—and in May artist Hugo Gyrl gave it a colorful paint job.

“It’s community run and community owned,” says Tietze. “It’s a decentralized movement, but we’re all in solidarity with one another.” Tietze and other volunteers collect donations via Venmo and use that money to buy groceries for the Friendly Fridge, but they also encourage others to drop off whatever they can. There are currently at least eight fridges in New York City and plenty popping up elsewhere: Los Angeles Community Fridges launched earlier this week, and Oakland’s Town Fridges network started at the end of June. The movement is only growing, and there’s no limit to who can get involved. If you’re interested in donating to a fridge near you (or even setting one up in your own neighborhood—for which the Friendly Fridge has plenty of advice), here are a few tips for filling it.

While nonperishables are always welcome, Tietze notes that organic fruits and vegetables, which might not be as available at a food pantry, are especially appreciated. “It’s important that people have access to food that’s good for them,” she says. “The emotional aspect of that is important to me.”

To make sure that premade food doesn’t go bad before someone picks it up, properly label things with all their ingredients, as well as the date the food was made. Storing produce the correct way can also extend its shelf life.

Any Donation Is a Good Donation

The Friendly Fridge has received a wide array of donations—and Tietze stresses that all of them are welcome. One community member began dropping off leftovers from his restaurant job at the end of his nightly shifts, and another person who lived in the neighborhood years ago and discovered the project on Instagram reached out to donate jam that she makes. At the end of the day, any help counts.