The New-Meets-Old Apartments in This Converted Church Are Divine

Here’s how the designers balanced past and present. 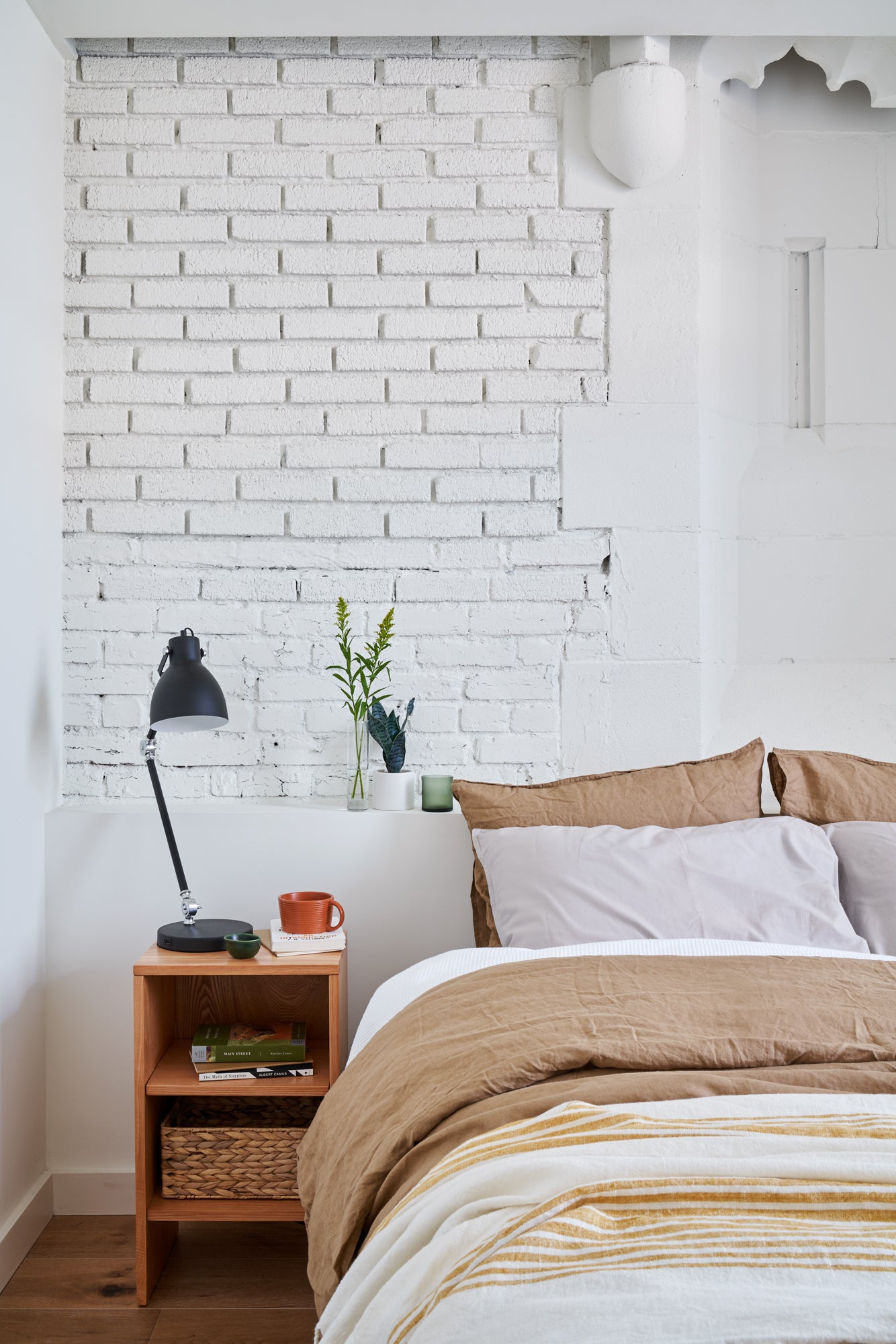 Photography by Seth Caplan for Common

Just when we thought all new apartment complexes were starting to look alike, Common, the co-living startup with more than 20 locations in seven cities, transformed a 100-year-old church in Washington, D.C., into chic rentals. The rooms at Common Monroe—formerly Mt. Rona Missionary—are anything but boring and boxy. Rather than covering the space up with drywall, the company left much of the original character intact, and the result is, well, heavenly.

Common partnered with local firm Outlier Capital and architects at StudioMB to preserve historical features that were structurally sound, like the classic bell tower (now the stairway), the roof supports (peep them in a shared living-kitchen area), and the ornamental niches. But because a church isn’t exactly the first place we’d think to spend the night, let alone live with a bunch of roommates, we asked the design team how they made a century-old space feel cozy without losing the divine charm. These updates will make you a believer that any remodel is possible.

When it came to refreshing the original brick walls and niches, Cait Gury, associate director of interior design at Common, opted for the crispest shade of white: Sherwin Williams’s Alabaster, matched to Simply White by Benjamin Moore. Warmer beiges can skew traditional, but this cool tone offers a contemporary touch.

To pay homage to the church’s stained-glass windows (seen in parts of the bell tower–turned–stairwell), the designers sourced furniture and decor that was more colorful than their typical selections. From the verdant emerald tones of the banana leaf plants to the royal blue sofas, the rich palette is a nod to the past.

The existing tower’s ornamental stonework was a must-save. The feature makes an appearance in some of the bedrooms, but not all function is lost. David Bagnoli, principal at Studio MB, built out ledges below the nooks so that residents have a proper headboard and a place to display books. Our prayers for stylish small-space storage have been answered.

See more stories like this:  We Turned an Old Church Into a Big, Cozy, Modern Living Room This Church-Turned-Hotel’s Colorful Palette Is Just Heavenly We Bought a 19th-Century Church and Turned It Into a Bed-and-Breakfast—Here’s How