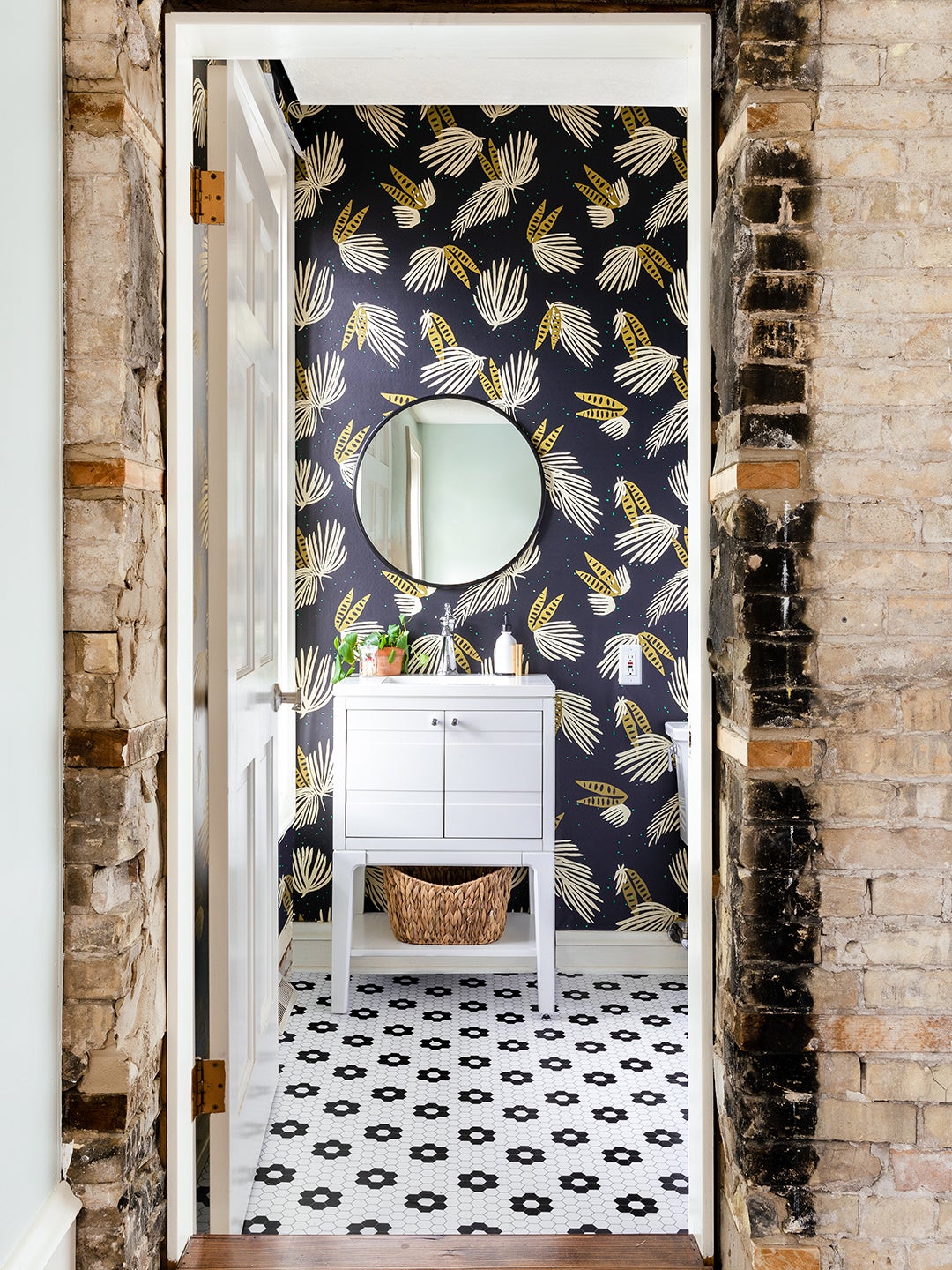 When a former client told New York–based print designer and textile artist Shadé Akanbi that they thought stripes were boring, she took it as a personal challenge. “I’ll show you stripes that aren’t boring,” says Akanbi. She delivered the ultimate proof when designing her wallpaper collection with Chasing Paper, launching on November 16. Her twist on tradition? The Cleo Stripe.

The Cleo Stripe wallpaper (above and below) comes in two colorways: One features bold blocks of color mixed with traditional black and white vertical stripes; the second is done in an earth-toned palette and flips the lines on their side. “My goal is to show people that stripes can be interesting. The color, the orientation, and the scale make a huge difference,” notes Akanbi. The traditional wallpaper starts at $90 per panel, but there’s also a removable kind (we’re looking at you, renters!) that starts at $40 per panel.

So where should you apply this souped-up stripe? On unexpected surfaces, of course (sorry, accent wall). In her own home, Akanbi plans to cover the top of her desk in it, as well as the inside of a cabinet situated in her workspace-slash-bedroom. “I think wrapping your refrigerator in wallpaper is pretty cool, too,” she adds.

Also in the new Chasing Paper assortment is a print called Warri Palms—a design Akanbi came up with while on a trip to Kenya (many of her designs are inspired by her Nigerian-American upbringing and travels abroad). While Warri Palms has a more illustrative, botanical quality (peep it in the bathroom, above), Paint Dob Camo, another option in the collection, is a fresh spin on camouflage. The major difference? It’s meant to make your space stand out—not blend in.