Why You Should Have a Work Wife, According to One Power Duo

You might want to start a biz with your BFF. 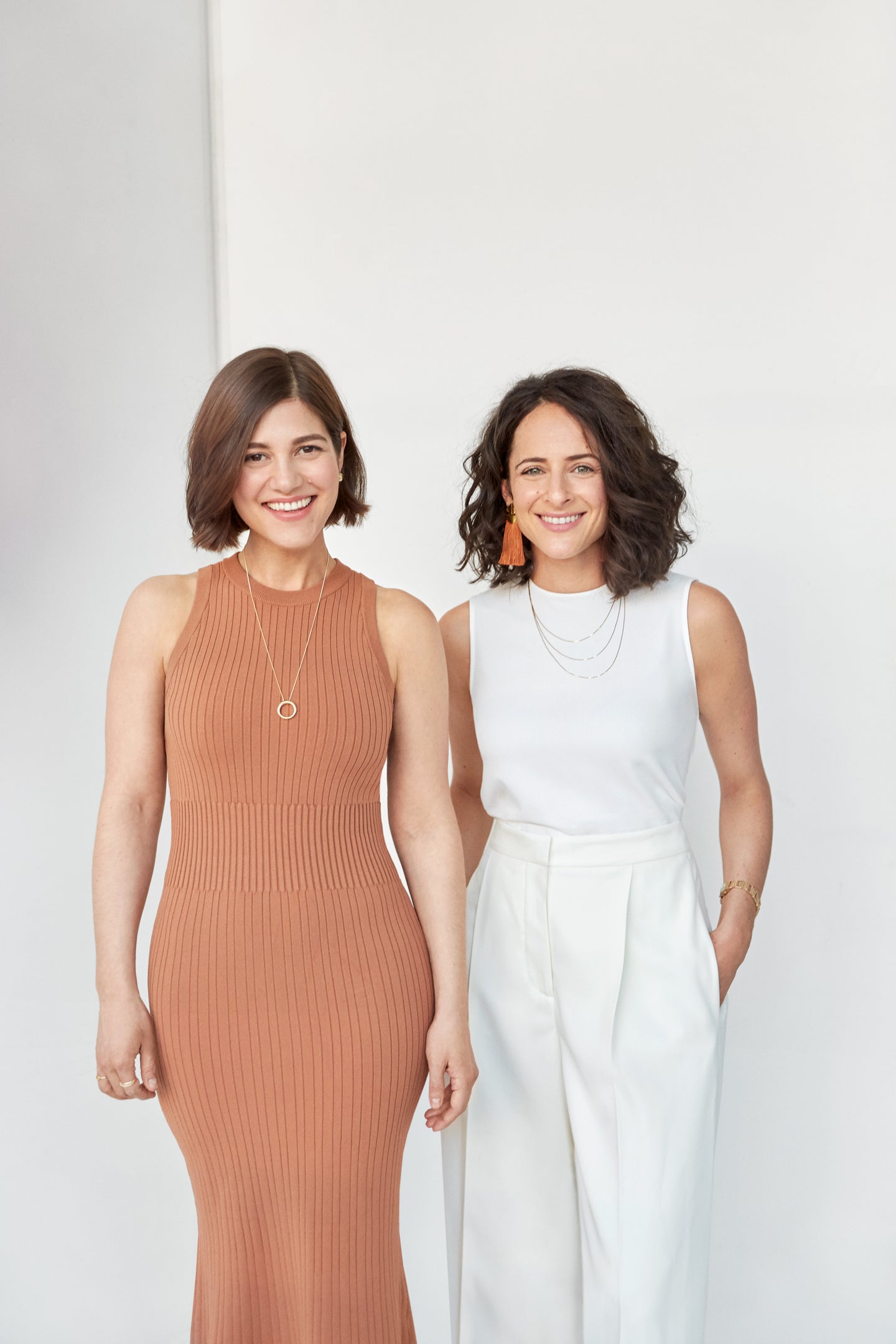 Claire Mazur and Erica Cerulo have devoted themselves to sourcing unique, stylish home and wardrobe finds over the past eight years, and in the process, they’ve forged a one-of-a-kind bond. As the founders of online retailer Of a Kind, the friends, who first connected in college, are perfectly matched work wives, and now, they’re shining a light on other female power duos.

After almost a decade in business together and even longer as friends, Cerulo and Mazur realized that, out of all their achievements, their relationship is the thing they’re most proud of. As “work wives,” they support each other toward a mutual goal and in doing so, they create a collaborative, respectful company culture. In their new book, Work Wife: The Power of Female Friendship to Drive Successful Businesses, they elaborate on their partnership and showcase other pairs of powerful women.

It’s less Lean In and more “lean on me”: work wife culture is built on a belief in mutual success guided by mutual support. It’s tied into shine theory, a concept coined by journalist Ann Friedman (who is included in the book, alongside her work wife and podcast cohost, Aminatou Sow). It posits that when women surround themselves with successful, powerful women, they benefit. Essentially, work wife culture is about working with a person you deeply trust to create something incredible—all while maintaining your friendship. Below, Cerulo and Mazur share how their partnership has made their business prosper.

How do your styles differ? How does that impact the style guiding Of a Kind?

Citrus And Florals Framed Print, Of a Kind ($220)
Shop

Claire Mazur: My design style has evolved a lot over the years. I’m going to be turning 35 this year and think I have finally settled into what it will be for the long haul. I really lean toward neutrals and sort of simple, minimal, classic aesthetics for the classics for my home or my wardrobe. When it comes to things like art or accessories, that’s when I tend to really like loud, more sort of colorful bright things or cheery colors. In my home, all the major furniture pieces tend to be beige, tan, or camel and all my walls are white, but we have really bright colorful artwork on the walls and colorful throw pillows.

Erica Cerulo: I think our aesthetic leans in the same direction, and that might have a lot to do with the fact that we’ve been influencing each other over the last eight years. So I would say the style of Of a Kind is classic with a twist. While Claire tends to gravitate toward paler neutrals, I’m much more into blacks and grays and I wear little color. I weirdly have more color in my home than I do in my closet.

How do you maintain a collaborative environment?

Mazur: Of a Kind is split up where I do retail and visual and Erica does editorial and marketing, so she deals with words and I deal with visuals. But since day one, we have collaborated in both areas. The impetus for Of a Kind came from the fact that we have always loved to go shopping together and discovering new designers, so it still very much happens that we’ll go on scouting trips in various cities looking for new designers and new products to carry in the shop. We do that together as a pair. It’s nice because it’s something we did naturally before it was also our jobs.

Cerulo: One of the ways we established our aesthetic and our voice in the early days was by creating a Tumblr about 10 months before we launched where we would both create posts showing pieces from designer collections that we liked or showing a piece of jewelry and writing the caption. That really helped us finetune and get on the same page about what our aesthetic and point-of-view would be. I think that, for anybody starting now, creating a shared Instagram or a Pinterest board is a good way to go about it.

What lessons on collaboration have you learned along the way?

Mazur: One thing that really worked for us and our personality types is that, before we divided and conquered, we collaborated really closely on every aspect of the business. Whether that was running a photo shoot or putting together a story for the site, both of us were really involved in those things early on. Eventually, we sort of said “Okay, I’m going to take this thing and Erica is going to take this thing,” but it meant that when we went our separate ways, we’d both had a very intimate understanding of what the other one was doing. We still take that approach whenever we’re taking on new projects or new practices that we don’t have much experience with.

Cerulo: For example, the photo shoots are something I’m no longer involved with, but I have so much context around how they come together, what’s involved, what it’s like working with the photographer, and what the challenges are with lighting, so when the images come in, I really understand the road it took to get there, and any questions I have really come from this place of having lived it and experienced it.

Mazur: If I say, “You know what, we need to spend a couple of thousand dollars on lights,” now she understands it because she’s been there when we don’t have natural light or when we only have four hours to shoot on a wintery day and there’s no natural light.

What are some misconceptions people might have about running a business with a friend?

Cerulo: One of the things we learned in putting together the book is that it’s really important to learn how to fight. That is not something that we had in our friendship—we just never really had a contentious relationship. We had to learn over the years to hone the skills of working something out or arguing over something and just letting that be a thing that happens. It’s about just exercising that muscle and figuring out that you can have a contained argument about a business thing or about how you’re feeling about the status of your relationship without it toppling the rest of your day or your week or your month.

Mazur: When you start a business with a friend, you end up losing time for the friendship because all the time you spend together tends to be focused on work. We had found and heard from so many other work wives that there was this moment where we realized we hadn’t actually existed as friends in a while because we spent so much time existing as business partners. Making time for the friendship by going to an exercise class together or cooking dinner together or something that feels a little bit removed from work is really important in a friendship.

What led you to write this book?

Cerulo: In reflecting on our relationship and the business that we had built over the last eight years, we realized the thing we were most proud of in our careers was the partnership that we had developed. It was both personal and professional and it truly melded both of those worlds. When we started looking around, we realized that so many more women were coming up and developing these similar relationships, and we thought it would be really interesting to dive into how those relationships were formed, how they worked, and what they brought to businesses to change corporate culture.

Mazur: The thing we started to realize was that the aspects of our friendship that felt like general characteristics of women’s friendships—emotional transparency, vulnerability, collaboration—were the things that were shaping the way we ran our business. We noticed that those were also what was really driving our business. And so, the thread that runs through the book is that there are qualities that tend to be characteristics of women’s friendships and actually serve the workplace really well. The more we see women partner together in leadership positions at companies, the more we’re seeing corporate culture change to be about transparency, collaboration, and honesty.

What have you learned from other work wives?

Mazur: I have a six week old and I wasn’t pregnant while we were interviewing work wives for the book, but I knew I would probably get pregnant in the near future. We had a really moving conversation with Amanda Hesser and Merrill Stubbs at Food52. Merrill has had two kids since they started the company, and they talked a lot about what it meant to navigate Merrill’s maternity leave and what that meant for their partnership.

One of the things that they mentioned was that every week, Amanda would send Merrill a rundown email of what was going on at the office telling her everything she needed to know and nothing she didn’t. When they were telling us this, I teared up a little bit because I knew that one of my biggest challenges about maternity leave would be that I wouldn’t want to miss anything and I was so scared of feeling just cut off from what was happening. So when I got pregnant, Erica came to me and said, “Listen, I’m going to come to your house two afternoons a week and we can just catch up on anything that’s happening.” That moment really stuck with me and is something that felt like it served the partnership and served the way women who have kids deal with maternity leave in general so they don’t feel like they’re totally cut off and it’s not so daunting to come back to the office.

Cerulo: What I was really interested in when we first started researching and writing the book was just how many duos and trios of women exist in the world who we knew nothing about beforehand. Their stories are less told. One of the pairs that we got to talk with are the founders of Hanky Panky, the underwear line. Its founders are Gale Epstein and Lida Orzeck, and they have been partners since 1977. They’re based in New York and produce in Queens still to this day. They’ve recently restructured their company to be an employee-owned business. It’s just really interesting to see how a business like that, that has been around for such a long time, has really taken the values of these women and turned it into this really amazing corporate culture.

See more interviews: 4 Female Artists Who Refuse to Be the Muse Could You Work With Your S.O.? Coming Soon’s Founders On Keeping the Spark Alive Justina Blakeney Actually Doesn’t Love Being an Interior Designer