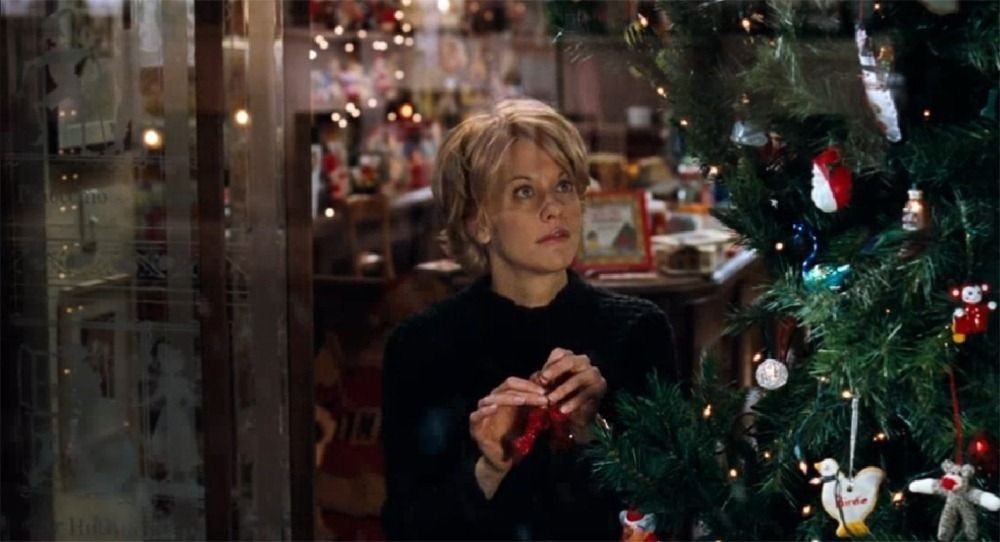 One of the best RomCom’s of all time, the Christmas scene in You’ve Got Mail had our leading lady feeling a bit down, but things turned out okay in the end, as always.

Don’t even get us started on these fabulous outfits. The Steel Magnolias Christmas scene posed a poignant moment in female friendship. A sweet moment in this tearjerker.

New Years Eve found a couple of our gals celebrating on their own, until Carrie took to the streets in this fabulous outfit situation to comfort a sad Miranda. It was a happy New Year after all.

A holiday feast celebration in this Wes Anderson flick is sadly cut short, but not before Mr. Fox gives an inspired speech.

It was tough to choose between the NYE scene and the Christmas gift exchange, but in the end this moment was too delightfully awkward to leave out. Happy New Year, Doug & Kate.

It’s so easy to get lost in the stunning visual poetry of this film, this scene in particular.

The unforgettable Christmas jumper. This film drops us right into awkward family holiday gatherings, and never looks back. Relatable and hysterical, it’s easily one of our faves.

A bit of an under-the-radar flick, Pirate Radio is a must-watch for any music lover, and the Christmas table is a scene not to be missed!

We can’t even with this classic cuteness. The final scene of this Disney-made perfection is one of our favorite animated Christmases ever.

There were actually quite a few excellent Christmas scenes in the Harry Potter movies, but we love this one for the sweeping shot of the Great Hall decked out for the holidays. Can you spot Harry and Ron playing Wizard’s Chess?