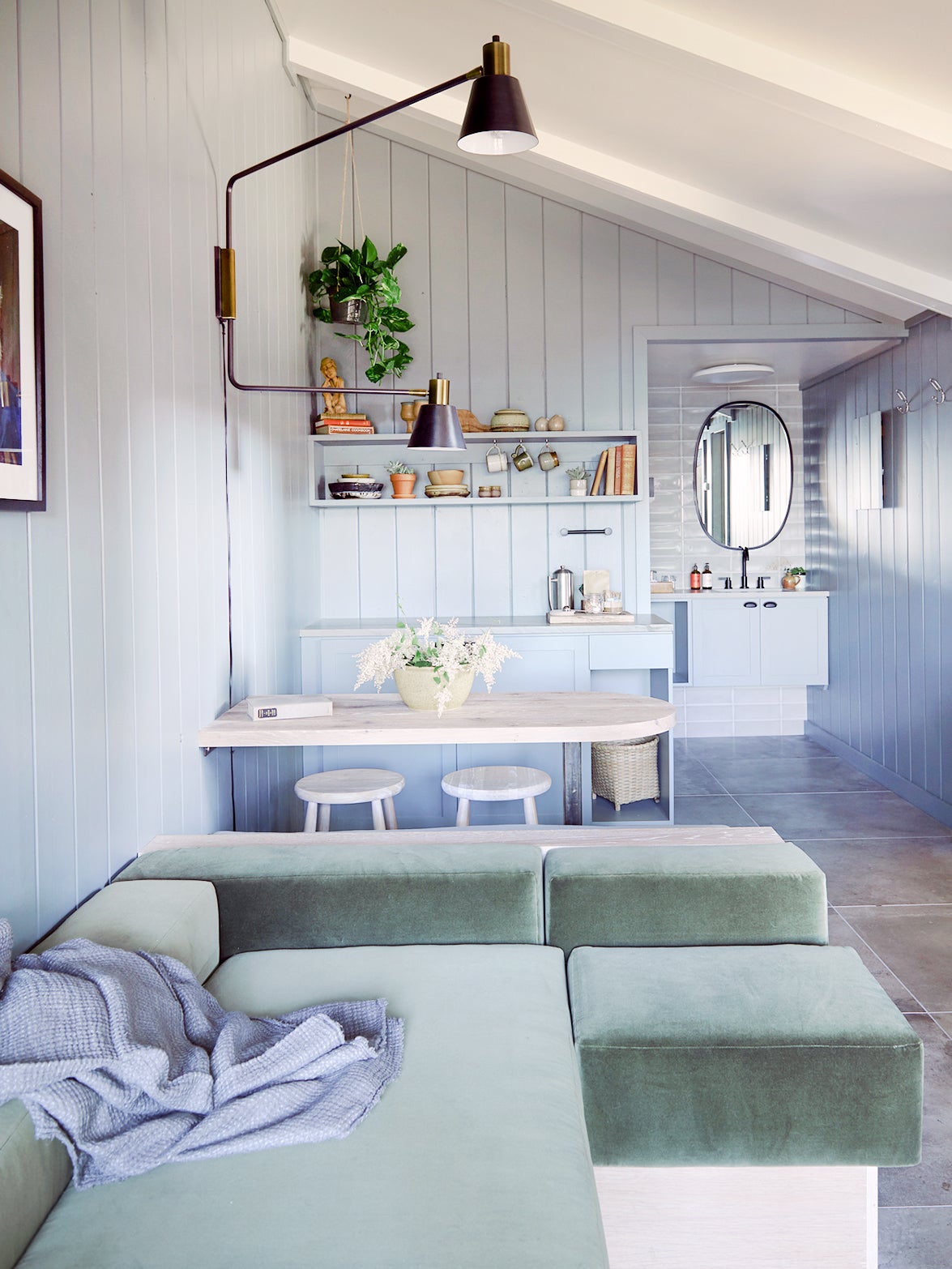 The team behind the successful Pioneertown Motel in California’s Joshua Tree, brothers Mike and Matt French, along with an old friend, designer Eric Cheong (known for his design work with Ace Hotels), have an undeniable knack for reinvigorating run-down historic properties. Take the newly reopened Captain Whidbey, their latest acquisition, located 30 miles north of Seattle in Washington’s Puget Sound: Part Pacific Northwest playground and part ode to vernacular craftsmanship, the 100-plus-year-old inn feels like that rare project that is simultaneously standing still in time and setting sail for the modern shores of creative place making.

Their secret? To begin with, they didn’t immediately shut down the inn and start from scratch. Instead, they ran it as is for nine months in order to connect with the landscape, the history, and the community. “So many people have memories here,” says Matt. “It was such a beloved place.” Their clever approach to collaboration adds a depth of variety and a layer of playfulness. They handed over the four stand-alone cabins—with no directive—to different designers, including We the Nomads, Glasswing, Whidbey Edit, and heritage company Filson. The results range from an airy space with a soothing, nature-inspired palette and hand-drawn heron wallpaper to the Filson cabin, which was designed to mimic the interior of a yacht and captain’s quarters, using reclaimed teak and bass from boats.

When it came to the historic lodge, the design impetus was the rustic old building itself: They wanted to conceive a natural, timeless, albeit quirk-embracing space with modern updates so subtle and organic as to be nearly imperceptible. Former guests would know something changed, but what? Because the inn resides in Ebey’s Landing National Historic Reserve, they were bound by both historic building restrictions and a special code of honor, born from a desire to respect the landscape, as well as respect the idiosyncratic building style of Judge Still, who lent the lodge its outsider-art vibe when he had the inn built by hand back in 1907. And it’s those existing old bones, alongside custom Scandinavian-inspired furniture and jewel-toned mohair fabric, that stand out as the showstoppers. More than 100 years old, the felled and hand-hewn on-site Pacific madrone logs, known for their cinnamon bark, turn a dark red as they age, and a wonky hand-built stone fireplace commands the space (guests put poems and love letters inside a twisted stone). “When you restore old buildings, you have to follow all these rules, but those boundaries are great, because they create a much deeper design narrative,” says Cheong, an avid sailor who likens the experience to restoring an old ship. “There’s a lot of reverence you have to give to the historic context. You’re not just building something for personal style—it’s a dialogue with history through time.”