There’s room to get creative on a $13K budget. 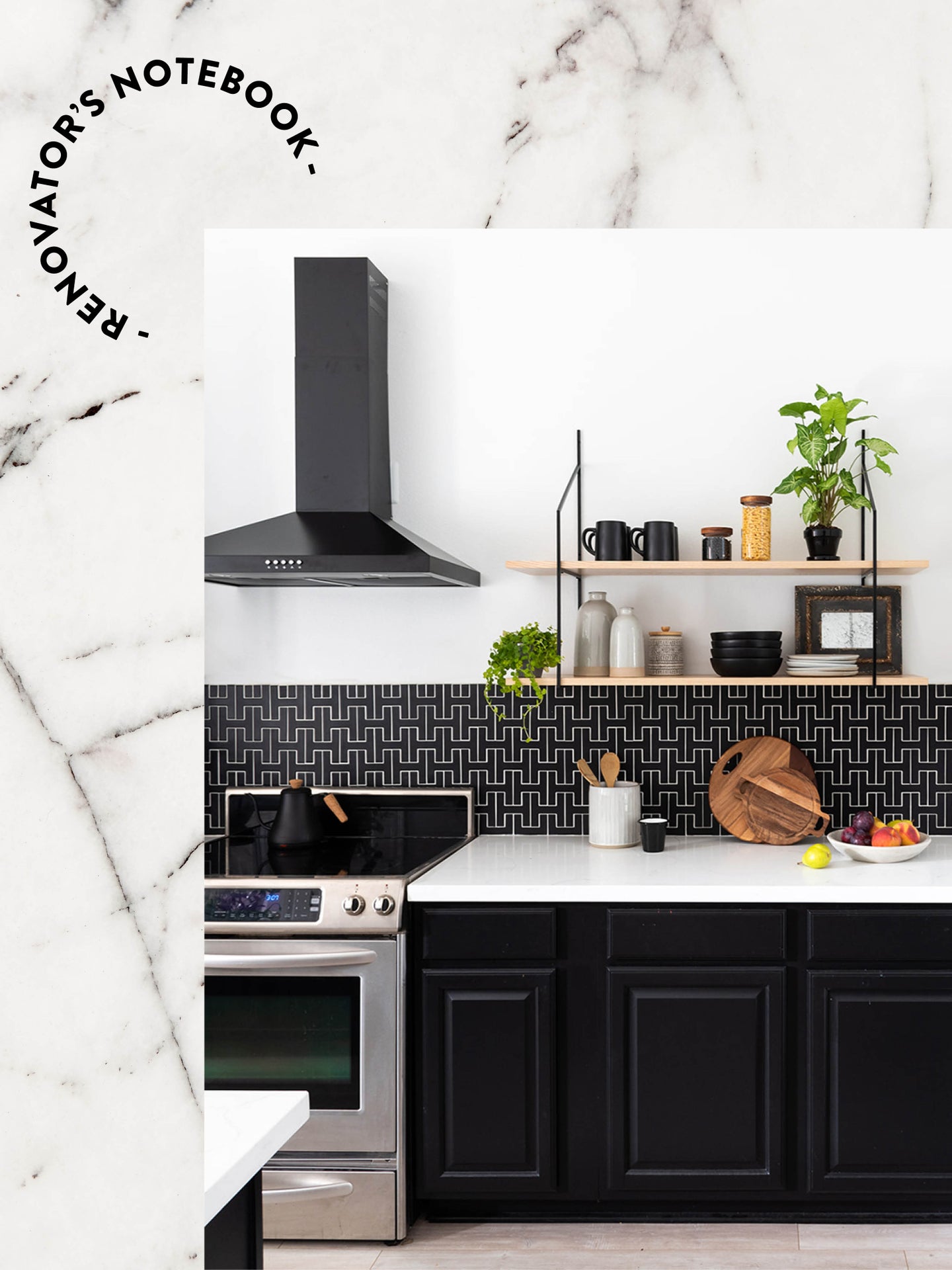 Top priority: Modernize the kitchen while sticking to the existing layout.

“Nobody puts Baby in a corner,” designer Maureen Stevens jokingly said to her client, who was less than enthused with the dated built-in desk in his New Orleans kitchen. The office niche was in a tight spot between the window and the refrigerator, soaking up precious space that could otherwise be used for storage. “He was really confused by it,” she recalls. “Plus it wasn’t a functional place to sit down and work.”

Luckily the existing layout was solid and there were no obstructive walls that needed to be knocked down, so Stevens could put the young tech entrepreneur’s $13,000 budget toward changes that mattered most. The awkward workspace was one of the first things to go, with a sleek custom bar cabinet, complete with mesh doors and a wine cooler, taking its place (a grand total of $2,500). A touch of black paint ($950) and crisp white quartz counters ($3,000) were other low-lift swaps with a ton of impact. We asked Stevens to share a few more saves and splurges from the day-and-night makeover.

Save: Painting the Cabinets 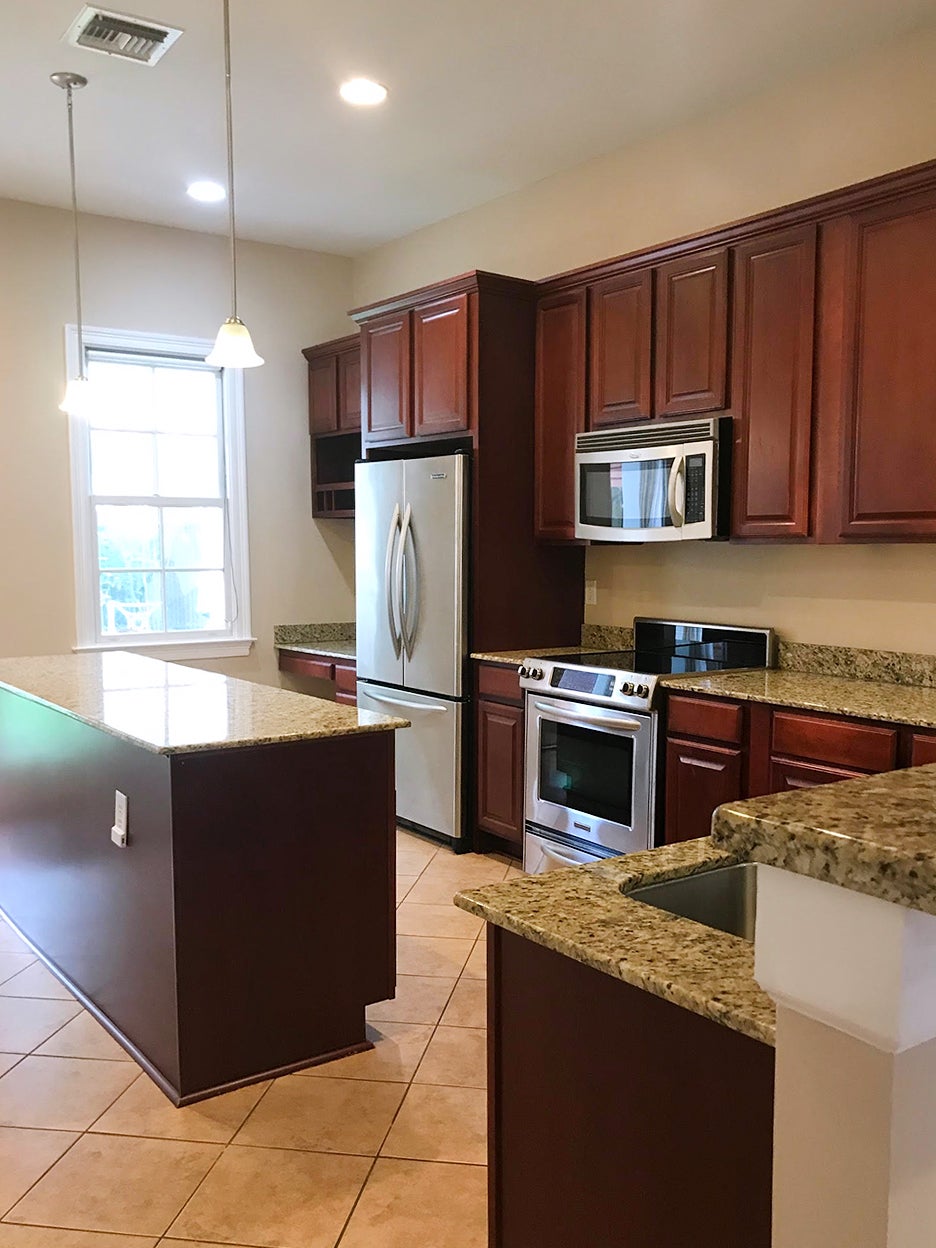 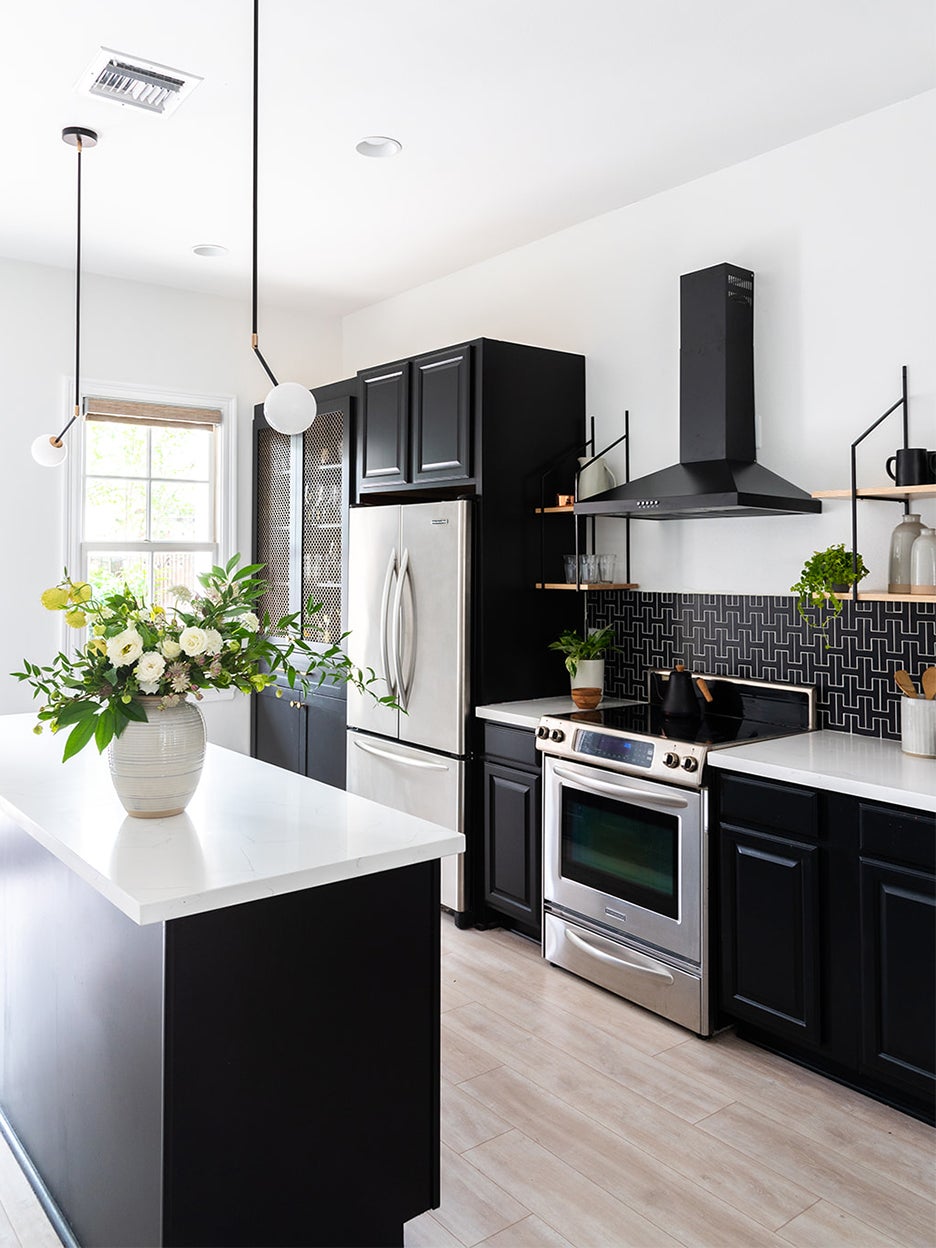 The cupboards were your typical builder-grade brown with MDF backing—something you see a lot of in 1980s and ’90s homes. We saved $10,000 by hiring someone to hand-paint over them rather than purchasing new prefab boxes (or splurging $20,000 on custom ones). I’d normally opt for a semigloss sheen, but in this case, because the paint was applied with a brush, we went with a satin treatment so you don’t notice any inconsistencies.

Splurge: Switching Up the Backsplash

The modern backsplash, featuring Fireclay tiles designed by a friend of mine, Kelly LaPlante, is the first thing you notice now when you walk into the house. We kept the investment to $830 by not continuing the pattern up the entire wall (plus the standard 18-inch height worked great with the new open shelves). The dark tiles and bright white walls, painted in Sherwin-Williams’s Pure White, create the illusion that the ceiling is higher than it really is. Another high-contrast punch? White grout.

The new vent hood is mostly for functionality (the owner cooks a lot), but getting rid of that microwave and the upper cabinets was an aesthetic decision. Next to redoing all the floors (approximately $1,700, including installation), ducting out the vent was one of the biggest changes, even though you might not notice it at first.

Save: Swapping the Lighting

For designers, lighting is one of those things that we know is super-important, but when we shop for fixtures, we’re not just thinking about what it looks like. We’re asking: How many kelvins is it? How much illumination do we need? I’ll usually send my clients a few options, but I didn’t in this case. We both knew they were the ones. Bonus: They’re a similar size and in the same place as the old pendants, so it was a low-lift swap for the electrician.

Not up for a DIY? Never fear: Kick-start your project with Home Advisor’s directory of electricians in your area. 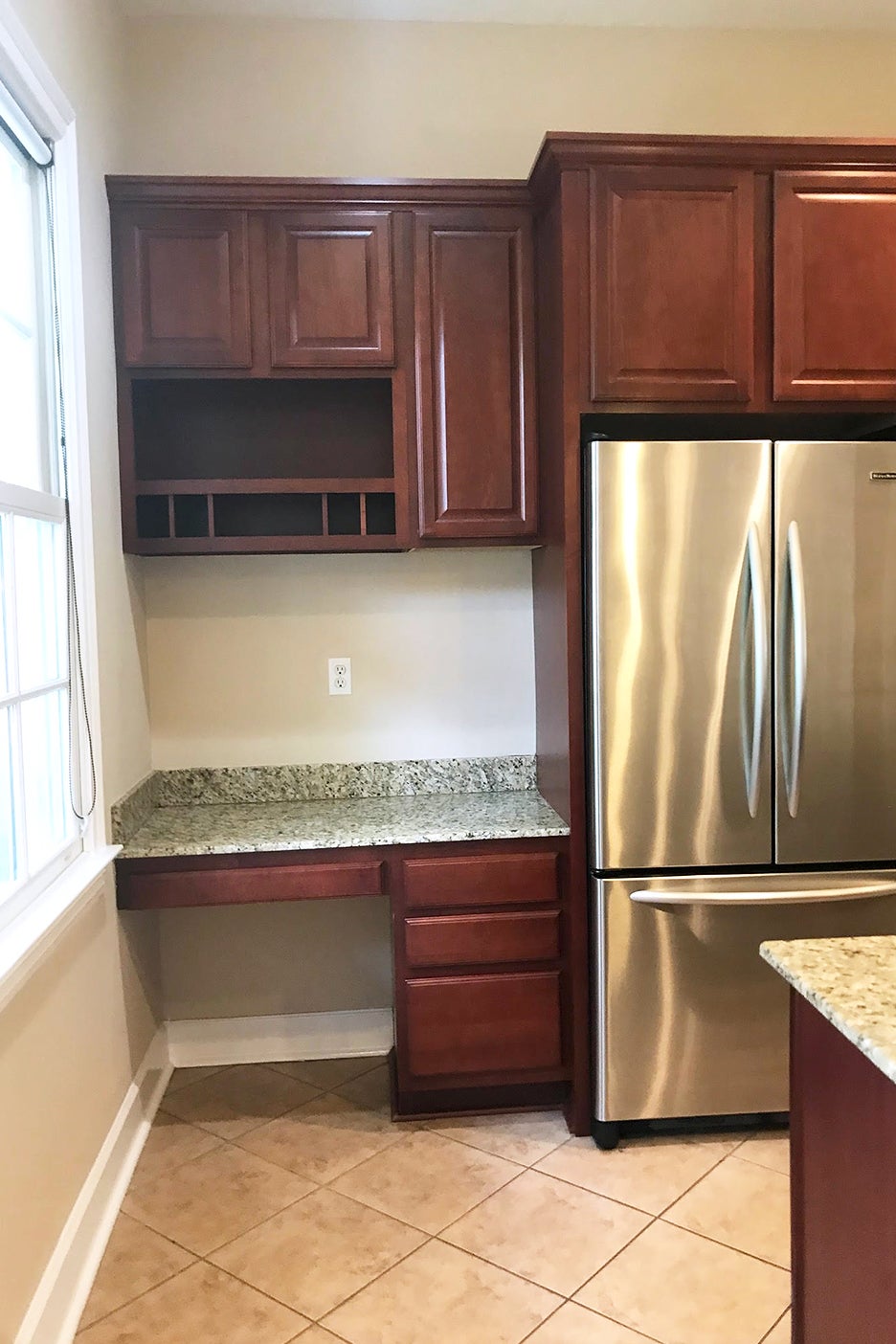 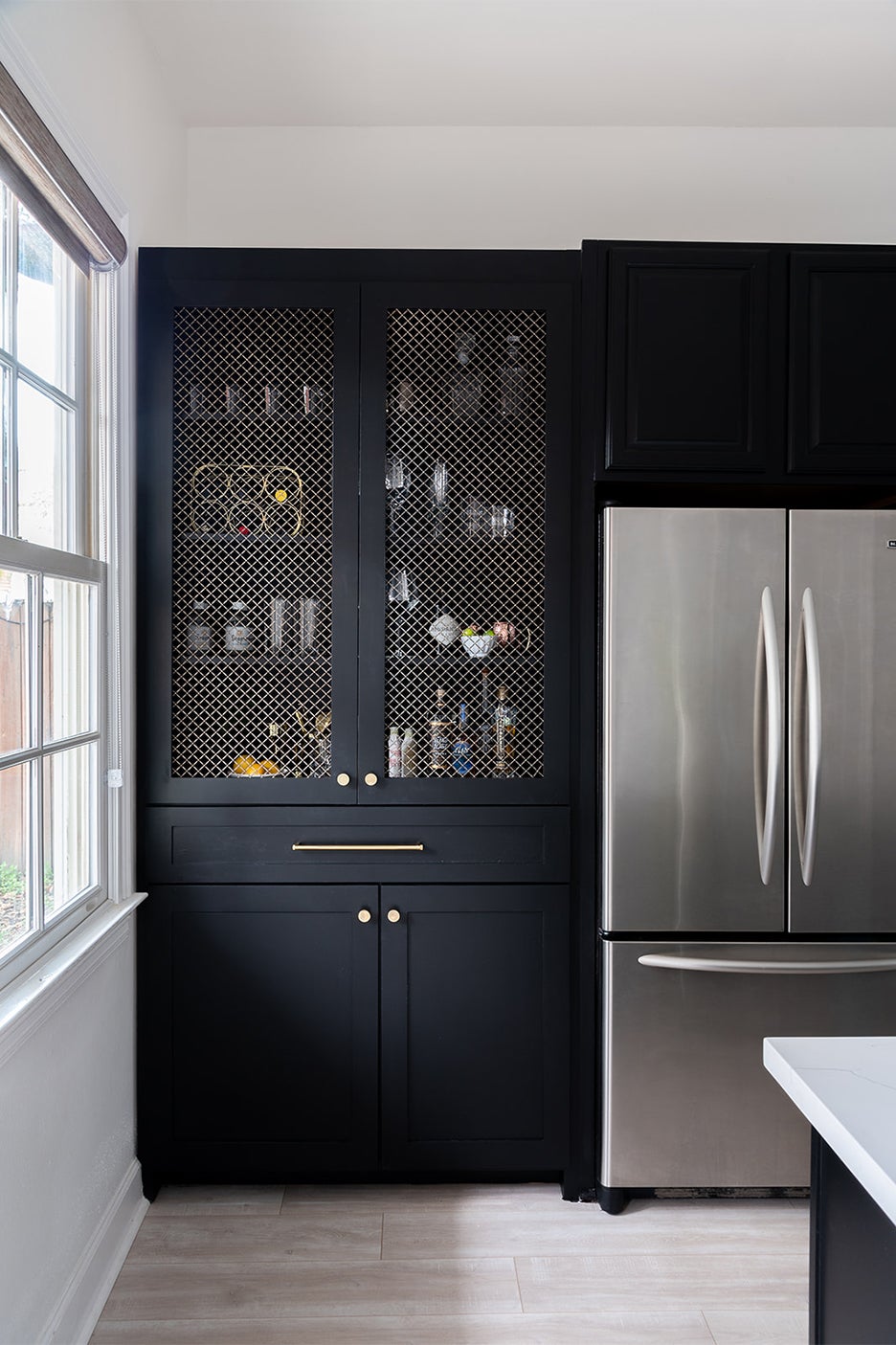 The microwave didn’t disappear completely: Our carpenter carved out a dedicated slot for a new one ($150) within the existing island, helping free up space for the exposed vent hood. We saved a total of $3,000 by sticking with the existing fridge and oven (the average cost of new ones from regular brands like LG and Samsung). This gave us more leeway to spend money elsewhere. It also helped that my client was good at saying, “This is my budget. I’m not going to budge.”