Yes, Bold Wall Colors Can Work in a Nursery

We partnered with Havenly to bring you beautiful home makeovers you’ll love. 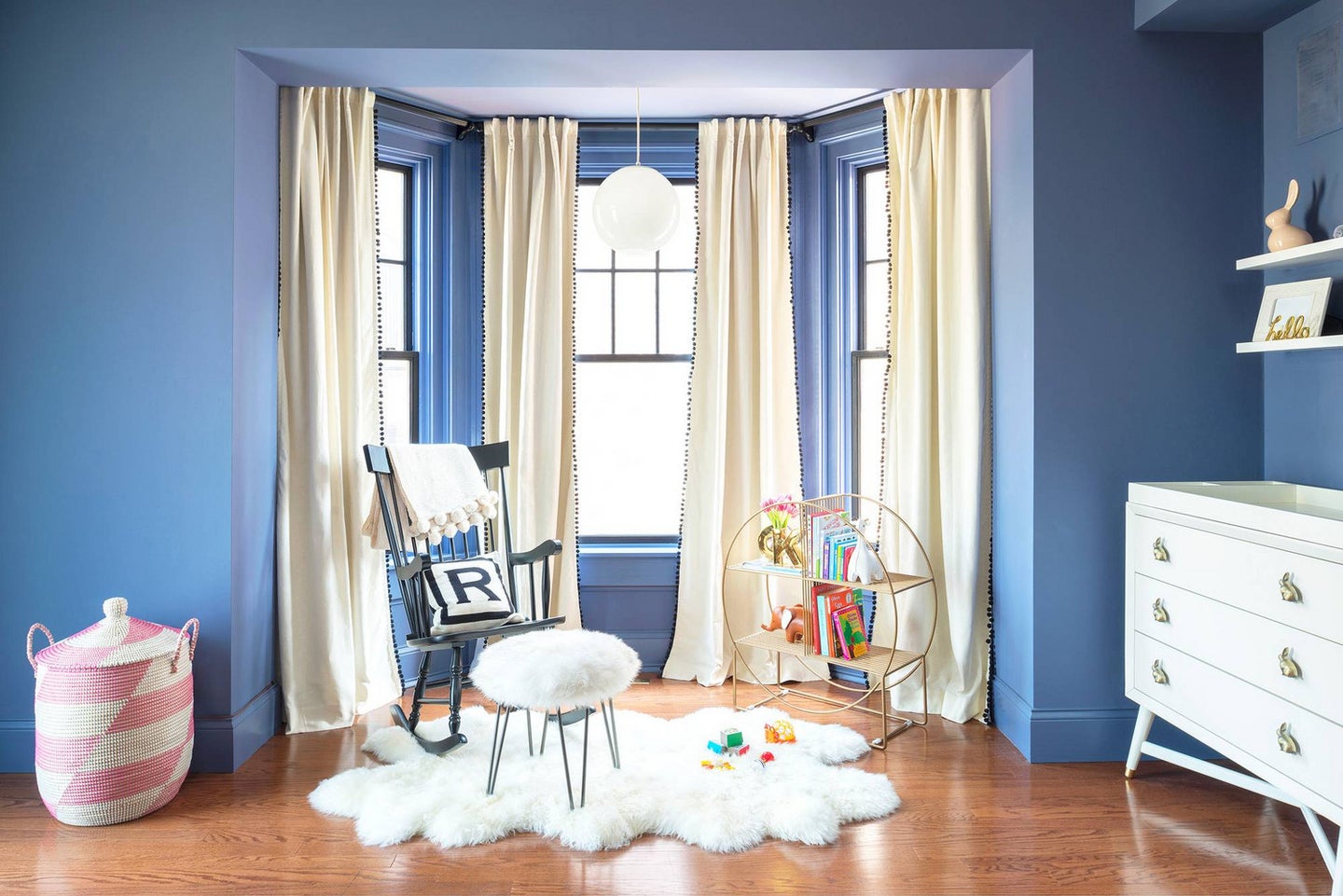 We’ll let our friends at Havenly tell you more: When Rachael and her husband Joel found out that they would be having their first kiddo, making space for a nursery probably wasn’t the first thing on their minds. But their baby girl was on her way and the family needed a space for her to grow in.

Design projects, such as a nursery, can often look simple at face value. You start with an empty space, fill it with furniture and decor and you’re done. And on rare occasions it is (almost) that simple. For Rachael and her husband, the nursery-to-be was currently serving as their home office. The couple had a difficult time imagining the space as a girl’s nursery.

Rachael: “The ultimate goal was to get help with a room that I found to have be a challenging space. We used it as an office and I was having a hard time visualizing it as a nursery. With a large room and so many ideas I needed help getting my thoughts down on paper.”

After selecting Shelby G. as her Havenly designer, Rachael embarked on her nursery design project.

Pink and white don’t feel too feminine or precious thanks to black and blue paint.