The Best Places to Live in Each State May Surprise You

Here's what we have to say about them. 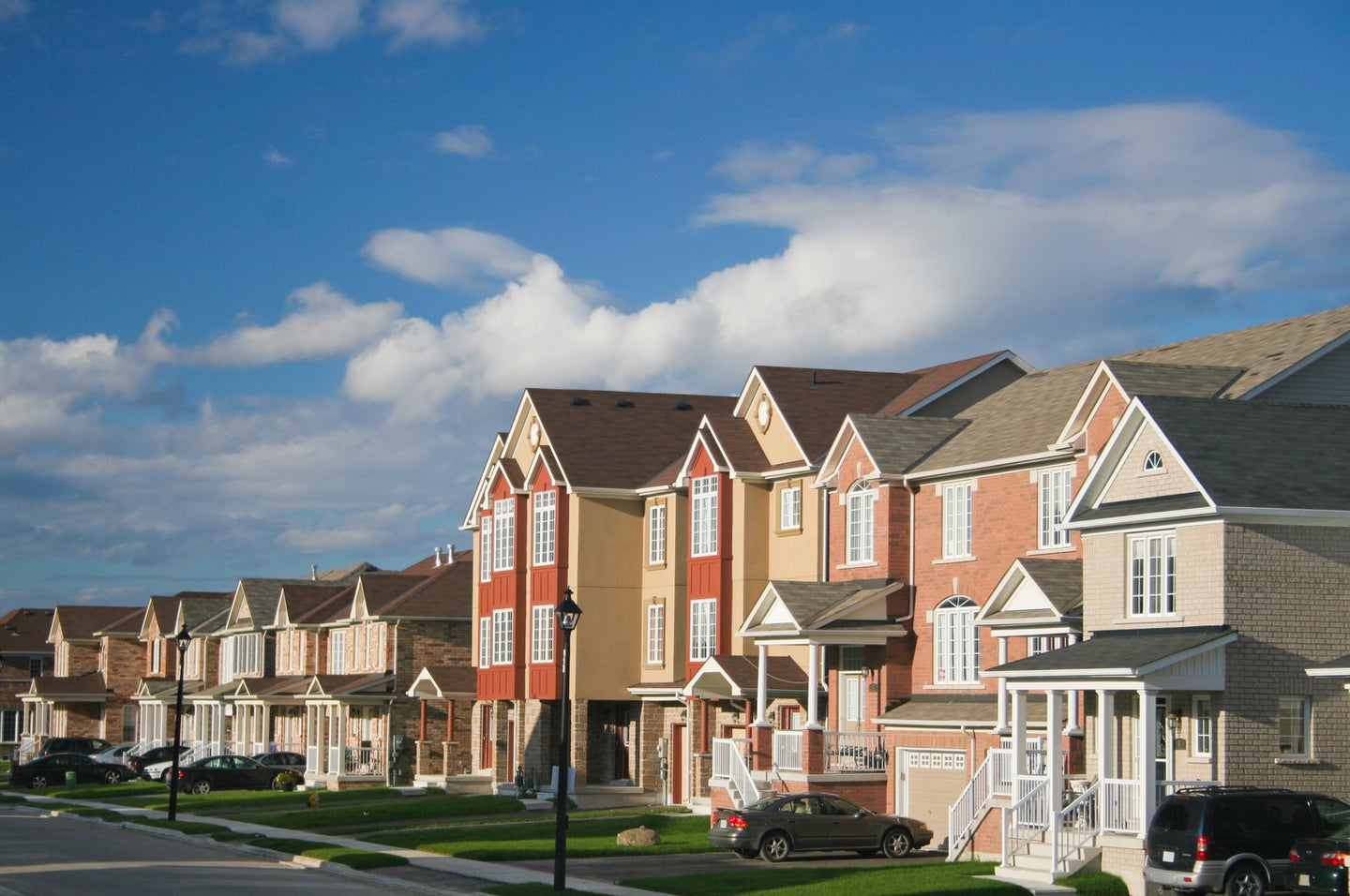 With so many towns across the US, each one has something unique to offer. After all, we all have a little bit of hometown pride. And according to Money’s report on the best places to live in each state, there’s a common thread: Unsurprisingly, people are most drawn to places that have lots to offer. Job opportunities, community vibes, and easy access to the outdoors reigned supreme in their assessment categories, which break down each location’s ability to offer a healthy economy, affordable homes, and a high quality of life. The highest emphasis was placed on economic health, cost of living, and public school performance in each city or town.

Boulder, Colorado was dubbed the happiest city in America for its miles of dedicated bikeways and green space, sustainable urban development, preservation policies, and overall sense of community—qualities that almost all US residents are looking for. From state parks to farmer’s markets, this year’s roundup is about way more than short commutes to the big cities (although this also proved important)—it also focused on a higher quality of life.

Don’t recognize your city on the list? Some choices may surprise you. Noticeably exempt from the list are top metro cities like Los Angeles and New York City—it looks like those pricey places are not on the docket for places to which people are moving in 2018. Instead, towns throughout the country, with their vibrant landscapes and family friendly attractions, also seem to have the most to offer economically. But with some of these towns making their debut on the list, the Domino office had a few of its own opinions to add. Like I said, we all have a little bit of hometown pride.

If you know Chicago, you know the stretch of suburbs northwest of the city known as the Golden Corridor. Schaumburg’s cultural activities—from the Prairie Center for the Arts to the Legoland Discovery Center—along with its place in this coveted suburb, put it above the rest. Not to mention, this city is home to one of the largest malls in the country.

“Winnetka is John Hughes/Ferris Bueller/16 Candles/Breakfast Club/Home Alone/Pretty in Pink land, and a beautiful place to live, as well as

. Breakfast Club is actually based on one of the best high schools in the nation, New Trier. It’s ideal for commuters, and has lots of public park land.

Schaumburg, on the other hand, is a far west, massive, sprawling, ugly looking strip mall of a town. Loads of traffic congestion, with daily 90-plus minute commutes to downtown Chicago, make it a less desirable place to live and raise a family. It even has less access to nature and park lands.“

“After living in Chicago for a few years, I became very familiar with some of the amazing suburbs the Windy City has to offer. However, I would argue that Schaumburg wins last place on this list. It is vastly made up of office parks, outdated shopping malls, and every megastore you can imagine. Not to mention, the traffic to downtown Chicago is less than desirable. The alternative is living in one of several lakefront north shore suburbs that encompass some of the country’s best schools, safe neighborhoods, and beautiful homes.”

Located along the Charles River, just 10 miles from Boston, this town was chosen largely for its easy commute, employment opportunities, and diversity. According to Money, approximately one in four residents were born outside the US—a statistic that’s reflected in the plethora of available restaurant cuisines.

“I’m indifferent here. The stats sound great, but I personally think of brick office parks and fast casual dining when I think of Waltham. Plus, it’s so hot there in the summer—how can you pick the best town in Massachusetts and not have it be by the ocean?”

A picturesque town nestled among the surrounding mountains, numerous live festivals and farmer’s markets are a huge draw for the younger generation. It’s quickly growing thanks to its affordability as a suburb, and local attractions like the Great Basin Brewing Company and Best in the West Nugget Rib Cook-Off can’t be beat.

“I can’t imagine living in a town where the closest cultural hub is Reno… I grew up in Las Vegas, which is not much better, but I left when I was 18. One thing you can’t knock, though, are those majestic mountain ranges. Desert magic is real.”

“Due to there not being many major cities to pick from in Nevada, I can’t imagine choosing to live somewhere other than Las Vegas or Reno. I think that younger people need to stick around in Reno as it goes through its current redevelopment before considering moving to more suburban areas, such as Sparks.”

A city commuter’s dream, North Arlington is just under 15 miles from New York City’s Financial District. Plus, it holds public schools with an excellent reputation, and is home to 85-acre Riverside County Park.

“NJ already gets a bad rap, but North Arlington is not helping NJ’s case at all (plus, it’s about 10 minutes from Newark—enough said). Born and raised in northern NJ, there are so many lovely parts with mountains and hills and lakes and nicer beaches as you get further south, so I can’t fathom how North Arlington made this list.”

“What she said. New Jersey is hands-down the best, and most beautiful state (I’m not even a little biased), and it’s filled with all these amazing towns and cities, which actually deserve a spot on this list. North Arlington may be great on paper, but I would hardly say it’s even close to being better than Princeton, LBI, or (most) other cities in Jersey.”

Another city that’s great for commuters, Nassau County’s Valley Steam is just 35 minutes from Manhattan, and easily accessible from the Long Island Railroad. Not to mention, “Snapple originated in Valley Stream, which also boasts several historic colonial sites, a diverse population, and a close-knit suburban community,” according to Money.

“Contrary to popular belief, there’s a lot more to the state of New York that’s not New York City. There are some really stunning, charming towns up near the Catskills and around the Finger Lakes region. To choose a town that’s right outside the city is to ignore a lot of what the boot-shaped state has to offer, in my opinion.”

With numerous college campuses calling this city home, Lower Merion sits along the prestigious Main Line in the Philadelphia suburbs, boasting the title of one of the wealthiest areas in the state.

“I didn’t grow up on the Main Line, but I live there now, and I absolutely love it. The restaurant scene isn’t great (it’s getting there), and some neighborhoods definitely live up to their snobbish reputations, but I can’t get over how easy it is to get around—in 20 minutes, you can be in Center City, Philly. Plus, the Eagles are going to the Super Bowl…”

“As someone from the Pittsburgh area, which lacks a quality public transit system, I can get behind any town that has a reliable commuter line. However, unlike Lydia, I cannot get behind the Eagles.”

According to Money, “Reston was once just an idea. In the early 1960s, architect and economist Robert E. Simon mapped out a vision for a community that upheld open space, recreational facilities, and aesthetic beauty.” Now, the Washington, DC suburb boasts a healthy mix of outdoor space, with dining, shopping, and entertainment opportunities.

“I may be a little biased because I live in Reston, but I can definitely see how it made the list. It’s close enough to Washington, DC that you’re not confined to suburbia (though if you have to rely on the DC metro, godspeed), and the town center has tons of shops. The small downside is that Olive Garden qualifies as exotic foreign cuisine, but in terms of good schools and work opportunities, no complaints.”

Do you agree with the best place to live in your state? You can view the full list of best places to live by state here, and then decide for yourself.