College Grads: If You Live at Home, You’re Not Alone

A recent report sheds light on this new trend—and we're here to tell you why you shouldn't feel bad about living with mom and dad. 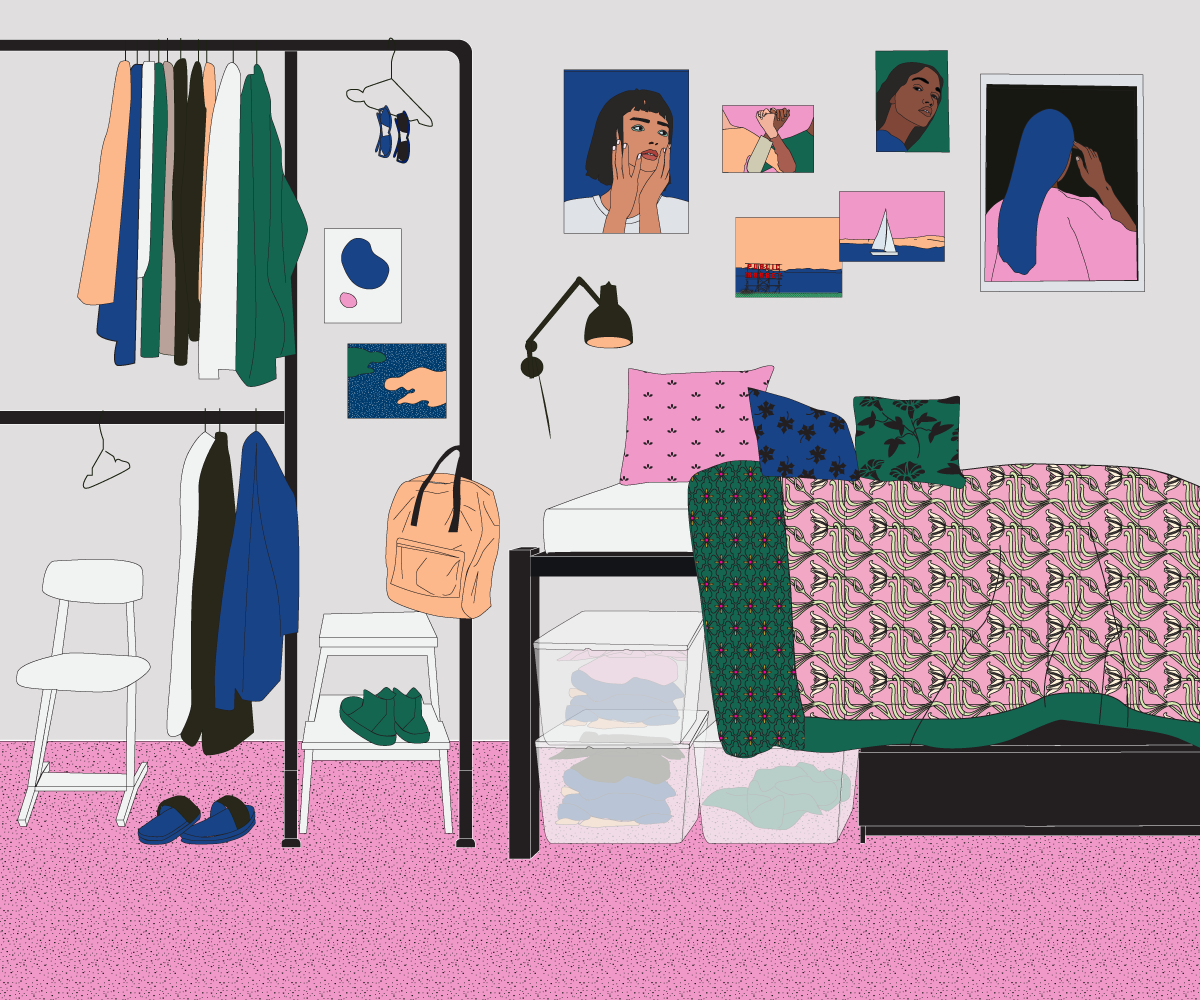 Over the next couple of months, the Class of 2018 is going to graduate college, snag dream jobs, and live independently in an amazing apartment—right? Uh, not quite: Zillow just released a report that nearly a third of all college graduates will actually return to the nest and move back in with their parents post college.

The study, which looks at census data of college-aged graduates between the ages of 21 and 29, found that the percentage of college graduates who live with their parents in the year after graduation has actually increased from 19 percent in 2005 to 26 percent a mere decade or so (2016) later. The reason? Pure economics.

“As rents have outpaced incomes, living alone is no longer an option for many working-aged adults,” Zillow senior economist Aaron Terrazas explains. “By sharing a home with roommates—or in some cases, with adult parents—working adults are able to afford to live in more desirable neighborhoods without shouldering the full cost alone.”

Home affordability has dropped substantially over the last 10 years, especially due to the housing boom and bust cycles that took place in the mid-2000s: When the housing bubble was at its height, it was much easier for college graduates to move out. But now, not only have prices increased significantly, there are also fewer homes for sale, and lending standards are more restrictive—which means college graduates have a much harder time finding a place to live.

More insight into this theory can also be based on the percentage of college graduates moving in with their parents when we look at each metropolitan area individually, as the increase is seen more obviously in areas where the boom and bust cycles were the most dramatic: For instance in Las Vegas, that number increased from 13 to 39 percent, whereas in Riverside, California, the percentage went up from 27 percent to 51 percent.

This isn’t because college graduates aren’t getting jobs: In fact, Zillow points out that the average college graduate earns about $36,000 per year, per the median salary data of 2016—higher than the average median salary of all adults in the United States, which is $34,000. It’s just that the current housing market doesn’t afford them the luxury of buying a home—which is why they bunk up with dear ol’ mom and dad.

But don’t think this is just a lazy millennial cliche. Priya Malani, financial expert and co-founder of Stash Wealth, actually thinks that if you’re aggressively saving for your own place to live, moving in with your parents isn’t a bad move after all.

“There’s really no financial reason why living with parents is a bad thing, as long as you are truly able to increase your savings (for example, expedite your debt payoff) by doing so,” Malani tells Domino. “However, If you’re just getting used to living a more expensive (aka, rent-free) lifestyle, it’s gonna suck when you have to start paying rent down the road. So, try to automate what you would be paying in rent (at the very least) and either save more aggressively or pay down your debt more aggressively so you ‘have something to show for it.’”

Another option? Save up, and then move to a place that wasn’t so badly affected by the housing bubble: Some of the more popular regions where millennials seem to be rushing to include Colorado Springs and San Antonio, suggesting a desire for warmer weather and increased job opportunities. In bigger cities, the job market may just be too saturated by more experienced hires.

And honestly, living at home for the interim isn’t all that bad: Take it from Domino intern Lydia Geisel, who moved in with her parents in Philadelphia (where 38 percent of grads live at home) after she graduated last year. “I originally thought that I would just be living back at home for the summer while I figured everything out, but then, when I found out that I got this internship in NYC in September, I realized I was still in no position to move out. Luckily, I live close enough to the city where I can commute on a daily basis (although, monthly train passes definitely aren’t cheap) and have parents who were happy to have me home,” she says.

As to why she chose to stay with her parents? “Saving money was definitely a huge part of why I decided to live at home and commute every day: I simply couldn’t afford to move to the city. But having the added bonus of reconnecting with my family after living a few hundred miles away for four years is so amazing. Yes, sometimes I definitely feel like I’m missing out—I see my friends in other big cities going out on weekends, meeting new people, traveling, trying exciting restaurants—but I’ve honestly enjoyed living at home so much more than I ever thought I would. I get to cook with my mom again and binge watch shows with my dad. I think I’ve really come to realize that there is no one way to go about post-grad life, and that you shouldn’t feel rushed to have your own apartment or move somewhere new, just because that’s what everyone else seems to be doing.”

And it turns out, everybody isn’t really doing it, either.

20 Things That Will Make Your House Sell for More Looking to Move? Try These Under-the-Radar Cities Can You Afford a Home In Your Dream City?