In honor of International Museum Day, here's a look at our favorite lesser-known cultural institutions. 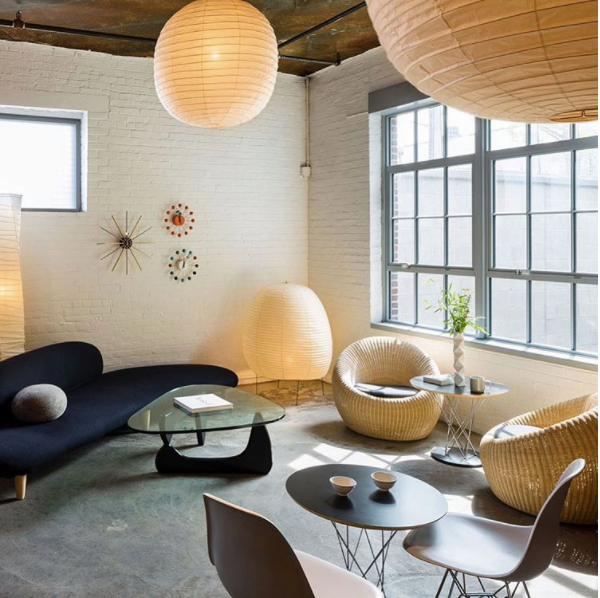 Instead of pushing your way through throngs of tourists in totally mobbed museums on your summer vacation, head to some hidden gems, where curators are experimenting, taking chances, and turning out shows that span from fashion to fossils and everything in between.

These museums are smaller and have more specificity in their collections, but they are no less inspiring than the big guys and much easier to navigate—they aren’t bad for your Instagram either. So in honor of International Museum Days, here’s a look at our top nine picks.

For all the design buffs out there, this is a must see when you come to New York. It’s part of the prestigious Smithsonian Institution and houses everything from textiles to architectural scale models to animator’s sketches. It’s also ahead of its time technologically and gives you the opportunity to experiment in some hands-on exhibits. Pro tip: No need to try and take any of the art home with you (seriously don’t do that, museums don’t like it). Here, you’re able to scan the objects that interest you with a special pen, linking them to your ticket so that even after you’ve left the museum you can easily go back to your favorites.

Based on the principles of and designed by Isamu Noguchi, a Japanese-American artist who wanted to showcase his life’s work, this space in Queens is a converted building that functions as a representation of his entire canon. He created sculptures, drawings,

(and is probably best known for his glass coffee table), and so much more. Everyone wants a piece of this jack-of-all-trades, so this sculpture garden/museum also curates traveling exhibitions of his work. Pro-tip: This gift shop is a must-visit if you’re looking to add an artistic touch to your home.

Paris is known for the old masters, but check out this gem of contemporary art in the middle of the City of Lights. Some of the coolest up-and-coming artists have created site-specific installations for the museum, but it doesn’t stop there. It has been the home to everything from fashion retrospectives to art that is in the process of composting. Pro tip: Go at night. It has some late opening hours, and the museum is virtually empty during those times so you’ll have the run of the place.

This relatively new cultural gem in South Korea was created by Samsung to show how the nation’s cultural past influences the future. The museum has presented everything from a retrospective on Korean architecture to court paintings from early dynasties alongside contemporary pieces and Calder mobiles. Also, if you’re a Samsung employee you get in for free. Fun fact: The name Leeum comes from the name of the Samsung founder (Lee) and the Korean word for museum (um).

If fashion is your game, this is your museum. This architecturally stunning space creates new exhibitions twice a year in lieu of a permanent collection, so you’ll never see the same thing twice. When visiting, you might see a retrospective on one designer or an exhibit spanning 50 years of fashion. This museum is so beautifully unique that Uniqlo has taken notice and partnered with it. Cap off your visit to this beautiful country with some waffles, and you’re good to go.

Have you ever watched a movie or TV and enjoyed it? This is your museum. The space holds exhibitions focusing on every aspect of the moving-making art form from its inception to today. Regularly holding screenings alongside it’s curated shows, this is a place for the movie buff or the casual Saturday night pizza-and-Netflix watcher to check out artifacts dating back to silent films or memorabilia from your favorite cult TV hit.

This is a design-guru and shoe-lover’s paradise—showcasing everything from the most wearable to the most eccentric and artistic. Though they’re not just focused on design—they’re also concerned with how shoes have developed through history and how art has been influenced by function.

The 9th arrondissement of Paris is home to one of the most adorable hidden gems in the city. The house, which holds most of the museum, contains the pristinely preserved belongings of George Sand, née Amantine-Lucile-Aurore Dupin, the French novelist. Alongside the house are a few smaller additional galleries with rotating pieces and a charming little garden cafe to enjoy after a long day of walking. Pro tip: Before you go, do a little research on George Sand. She was a promoter of women’s rights and reportedly had a romance with the composer Chopin. Read one of her books, and you’ll have a whole new appreciation for the history you’re stepping into.

This little museum has some big ideas. Their exhibitions break the normal museum boundaries: They show off the beginning of skate culture, historical photo albums from the Santa Cruz area, host artists as a part-residency-part-interactive contemporary art space, and showcase curio collectors, to mention just a few. If you’re looking for a place that doesn’t color inside the lines and plays with fire (literally), this is your spot.