A Budget Renovation in Black and White

A minimalist couple makes 1,100 square feet feel large with a black and white approach to design. 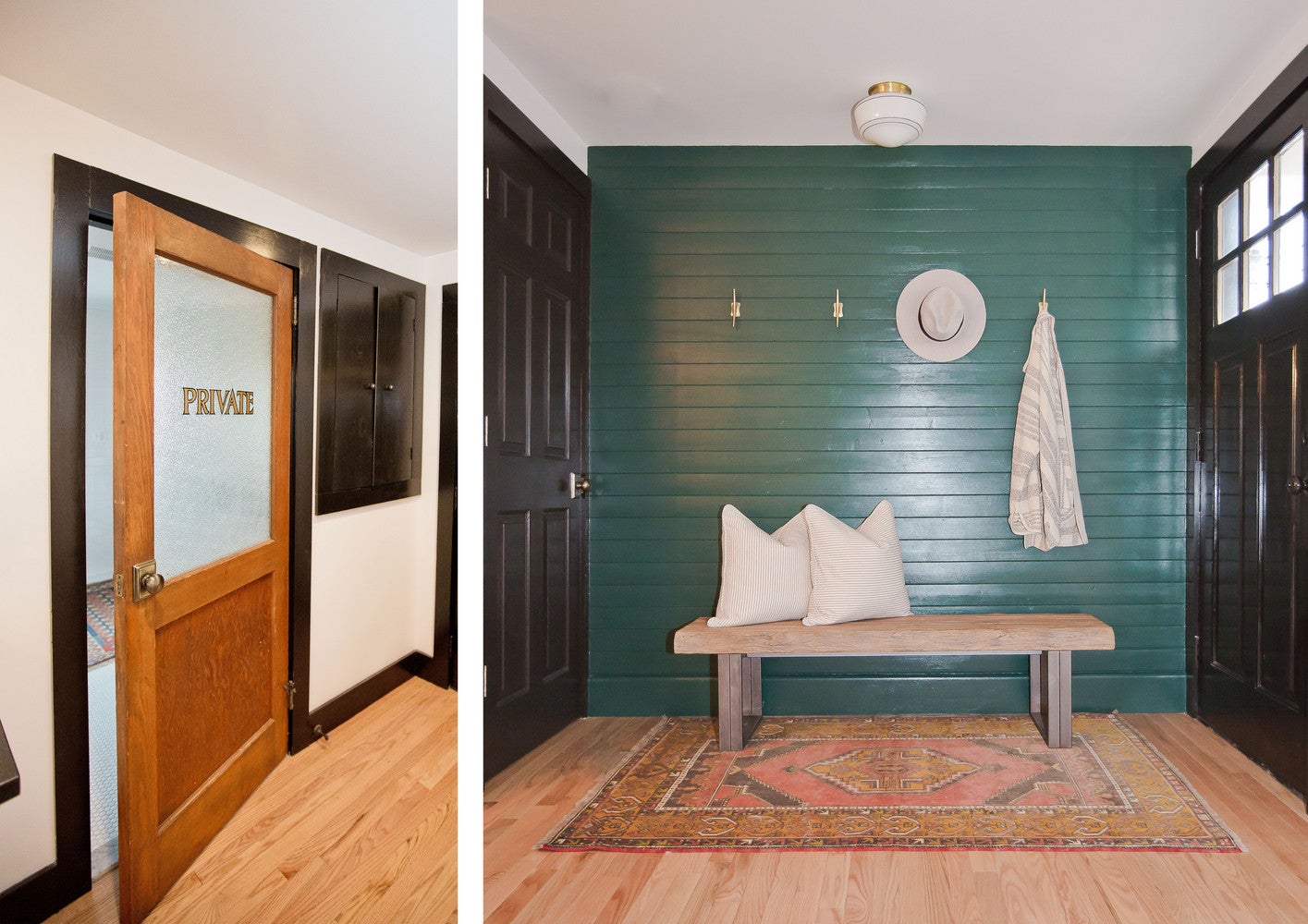 “It’s been a funny project for me because it’s the first project I’ve worked on for family,” says Kara Vacca, owner of Kara Theresa. “Luckily, he was very easy to work with!”

Although mixing business and family doesn’t always work out, the designer couldn’t help but see the potential of the rundown 900 square-foot home her cousin had recently purchased in Maplewood, New Jersey. The original floor plan consisted of chopped up rooms and a dated kitchen, which did not fit her cousin and his girlfriend’s lifestyle at all.

The plan involved opening up all the downstairs walls to create a kitchen and hang out area that would take over half of the downstairs. “This is a couple that loves to have people over and spend time in the kitchen,” says Vacca. “So we needed a space that reflected that”.

An oversized island was added as a prep and eating and conversing space. “It doesn’t matter how many kitchens I’ve added a table to, everyone always ends up at a kitchen island!” she says.

Lots of emails back and forth between the two finally resulted in the center lighting pendant, the focal point of the kitchen. “Open lighting fixtures in a lantern style helps the space feel airier and less closed in,” says Vacca. In place of upper cabinets, open shelves were added to hold everyday dishes and plants. Since the couple have a minimalist approach to their home, storage didn’t need to be at a premium and instead the space could be kept open and uncluttered.

On an impromptu trip to the family’s demolition business, Vacca spotted the “private” door in a dump and immediately requested it be pulled out. It found a new life as the door to the downstairs bathroom—previously, it was the owner’s office door at a local deli. Luckily, the sentiment rings just as true for it’s new home.

As with all family matters, compromise was key. Vacca’s cousin, a tattoo artist with a love of dark colors, would have painted all the walls dark. Instead, they compromised: white walls throughout with black baseboards and window trim.

Another colorful concession came in the form of the green entryway (Hunter Green, Benjamin Moore) that was a gentle nudge from one cousin to another. “Since we were sticking very close to a black and white palette, I wanted to introduce at least one color that we could occasionally use throughout the house,” she says. Additional touches of green came in the form of the stairway runner from Dash & Albert, vases in the kitchen, and from artwork throughout.

Upstairs, the homeowners wanted their bedroom and master bath to stick to the home’s black and white palette. “When you’re working with a simple palette, adding different textures and materials in one color helps break up a space,” says Vacca. “And finding a dog-friendly rug was also crucial to the space.”

Her cousin’s extensive tattoo art collection was something he wanted used throughout the house. Here, Vacca created a

with some favorite prints in order to add personality to the serene space.

In the master bath, there’s more black and white, done on a budget but with a high end look. “It’s always possible to find a great vanity at Home Depot. Look beyond the hardware. That’s something you can always upgrade and swap out,” says Vacca.

After the seven month renovation was complete, both Vacca and her cousin couldn’t be happier with the results. The best part? No awkward moments at family holidays.

A 1920s Kitchen Gets a Bright, Modern Makeover How a Four-Poster Bed Can Change a Room How to Add Personality to Every Room in Your House