Get ready to eat your words. 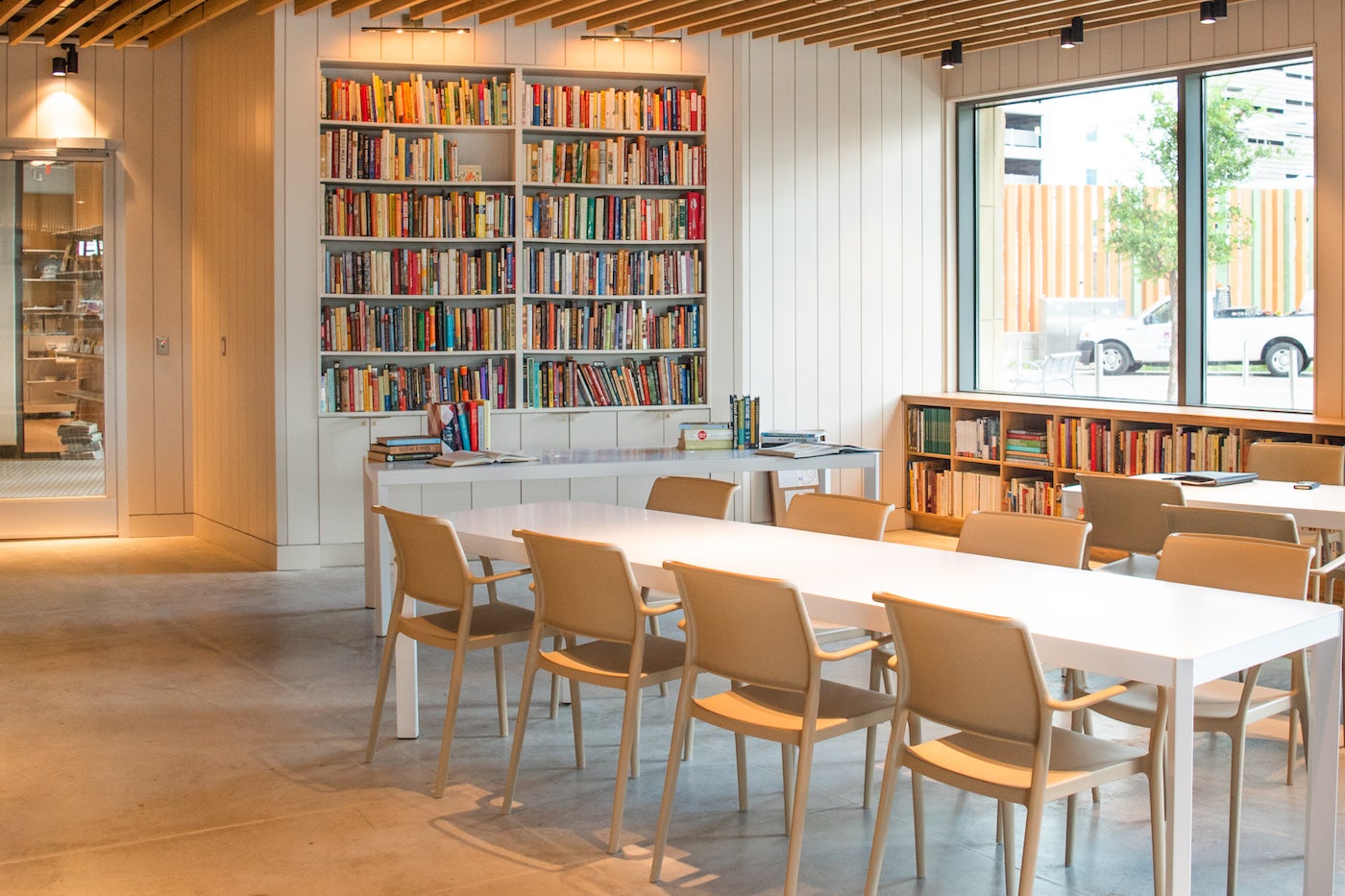 If you’re as food obsessed as we are, you’re bound to acquire at least a short stack of cookbooks in your home library (if not a hoarder-like collection of chef-signed titles). But with the limitless resources of the Internet always just a click away, how often do you pull those pieces of culinary eye candy off the shelf and flip through their pages for recipes and inspiration? Probably not nearly as often as you should.

Austin’s new Cookbook Bar & Café hopes to change that by bringing the community together to celebrate the original food-media source: the mighty cookbook. It’s the latest venture from ELM Restaurant Group (24 Diner, Italic, Irene’s), opening last month inside the shiny, new Austin Central Library. Executive chef Drew Curren says that when a city representative approached the hospitality group about opening a concept in the forthcoming state-of-the-art downtown library, he wanted to rise above and beyond expectations.

“While we wanted the concept to be an amenity to the library, we also wanted it to be exciting enough to draw people to the restaurant,” Curren says, so he decided to “create a concept that celebrated the culinary-themed publications that are available for guests to browse in the library.”

“The menu pulls recipes from the pages of cookbooks created by revered chefs across the country that have inspired me, particularly paying respect to the South and Mexico,” Curren explains.

Though the drink menu offerings don’t come from specific cookbooks, beverage lead Noah Gray is taking the opportunity to give his cocktail list a playful literary theme, with tipples like the Tequila Mockingbird (jalapeño-infused tequila, muddled watermelon, basil, lime, agave), Murder on the Orient Espresso (chilled espresso, vodka, Frangelico, cream) and an Infinite Zest brunch special (bottle of bubbles and a carafe of orange juice).

Cookbook Café’s bright and airy dining room, conceptualized by ELM’s go-to designer, VeroKolt, features indoor and outdoor seating, floor-to-ceiling windows, plus clean lines, blond wood and cool grays to match the rest of the library’s industrial-chic interior. However, details like white shiplap walls and vintage cookbook wallpaper lend a bit of home-style warmth to the space. Built-in bookshelves are the centerpiece for a reading area starring the colorful culinary book collection once belonging to the late Virginia B. Wood, a food writer who was instrumental in building Austin’s food community.

“I feel that Austin’s new Central Library was the perfect place to attempt this concept for the first time,” Curren says, “as it also celebrates cookbook authors by offering an amazing stadium-seated demo kitchen for them to release their new books.”

Whoever said print is dead clearly needs to spend more time in the kitchen.

This story was originally published by Veronica Meewes on Tasting Table.

See more new restaurants: This New NYC Restaurant Is Like an Italian Vacation, But Better A 19-Year-Old Is Behind NYC’s Latest ‘It’ Restaurant The World’s First Hard Kombucha Bar Is All Kinds of Surfer Chic