How to support her new initiative. 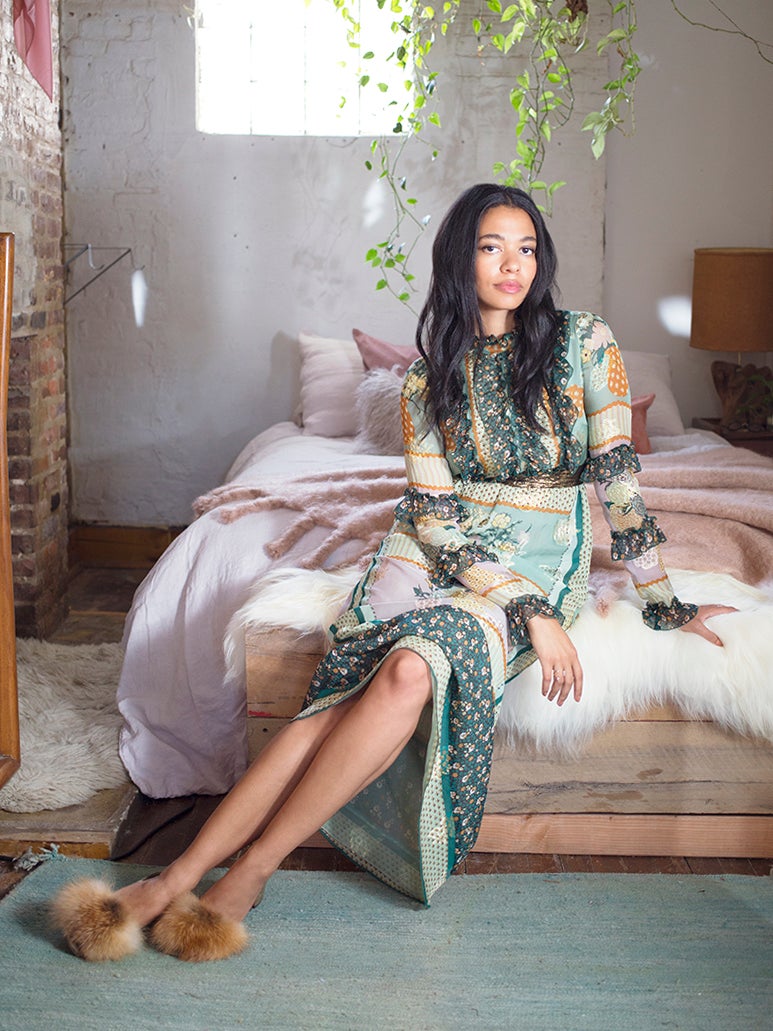 Amid nationwide protests over the death of George Floyd and police brutality this weekend, Aurora James issued a call to action. The Brother Vellies founder and creative director launched The 15 Percent Pledge, an initiative calling on major retailers to commit to buying 15 percent of their products from Black-owned businesses. “So many of your businesses are built on Black spending power,” she wrote in an Instagram post. “So many of your stores are set up in Black communities. So many of your sponsored posts are seen on Black feeds. We represent 15 percent of the population, and we need to represent 15 percent of your shelf space.”

James specifically called out Target, Sephora, Whole Foods, and Shopbop, among other companies. “Black people spend billions of dollars in this country every year but yet represent an insignificant fraction of how these four companies allocate their purchasing power and shelf space,” she tells Domino. “I’m asking these huge corporations to rethink their business strategies as well as rethink what brands they are partnering with.

“If they value our money, then value us as well and show us that we are represented,” she continues. “I am calling for one small step toward economic equality.”


@wholefoods @target @shopmedmen @walmart @saks @sephora @netaporter @barnesandnoble @homedepot I am asking you to commit to buying 15% of your products from Black owned businesses. . So many of your businesses are built on Black spending power. So many of your stores are set up in Black communities. So many of your sponsored posts are seen on Black feeds. This is the least you can do for us. We represent 15% of the population and we need to represent 15% of your shelf space. . Whole Foods if you were to sign on to this pledge, it could immediately drive much needed support to Black farmers. Banks will be forced to take them seriously because they will be walking in with major purchase orders from Whole Foods. Investors for the very first time will start actively seeking them out. Small businesses can turn into bigger ones. Real investment will start happening in Black businesses which will subsequently be paid forward into our Black communities. . Dont get me wrong, I understand the complexities of this request. I am a business Woman. I have sold millions of dollars of product over the years at a business I started with $3500 at a flea market. So I am telling you we can get this figured out. This is an opportunity. It is your opportunity to get in the right side of this. . So for all of the ‘what can we do to help?’ questions out there, this is my personal answer. #15PercentPledge . I will get texts that this is crazy. I will get phone calls that this is too direct, too big of an ask, too this, too that. But I don’t think it’s too anything, in fact I think it’s just a start. You want to be an ally? This is what I’m asking for.

So far, James says she has seen an overwhelmingly positive response from her followers, including “consumers who are willing to make the pledge in their own lives in how they spend their money.” Some in the fashion community have been supportive, too, such as stylist Karla Welch and designer Rebecca Minkoff. And “we’re just getting started on conversations with the bigger businesses to ask them to sign and make this a reality,” says James.

Change isn’t just in the hands of high-up executives. Today James launched 15percentpledge.com, where individuals can sign up and show there is a demand and support for the initiative. You can also text PLEDGE to 917-540-8148 to take part and put pressure on retailers to support Black-owned brands.