It’s as beautiful as their statement lighting. 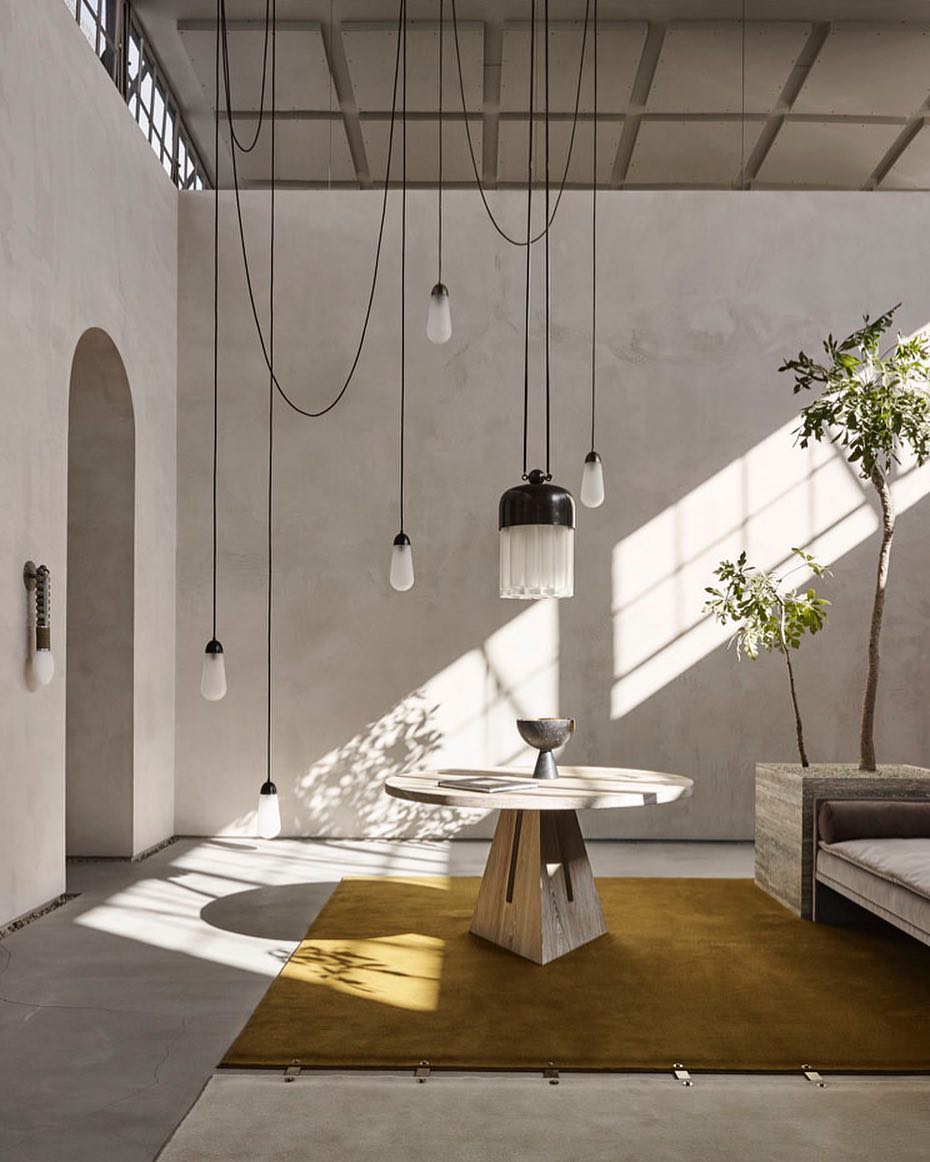 Gabriel Hendifar and Jeremy Anderson, the founders and creators of Apparatus Studio, set a high bar for their designs. So, it only seems natural that the duo establishes similar expectations for their showrooms. With their famously luxurious flagship in NYC and a smaller outpost in Milan, the brand is set to make their official west coast debut in Los Angeles today—and the space is as seductive as their iconic statement lighting.

Situated in the heart of the Hollywood design district, the 5,000-square-foot space’s eery, industrial ambiance largely stems from its roots as a former television production warehouse. Soaring arches, hand-troweled plaster walls, and a band of clerestory windows set a dreamlike landscape for the pair’s modernist furniture, objects, and pendants.

“We wanted to distill the dreamy quality of De Chirico’s paintings. It feels so right for Los Angeles and the times we’re in,” Hendifar told Architectural Digest. While the brand’s move out west makes sense from a business standpoint, Los Angeles is actually the city where Hendifar and Anderson first joined forces back in 2012. With its distilled palette and eery architecture, the store is as much an homage to their cutting-edge predecessors as it is their own beginnings.

Hauntingly beautiful, Apparatus’ newest hub isn’t your regular high-end lighting shop. In addition to their own products, passersby will also find a selection of pieces from other furniture makers and artists, like JF Chen, Robert Moreland, and Amir Nikravan.

Go for the design—stay for the ‘gram.

If You Need Us, We’ll Be at This California Oasis-Meets-Spa