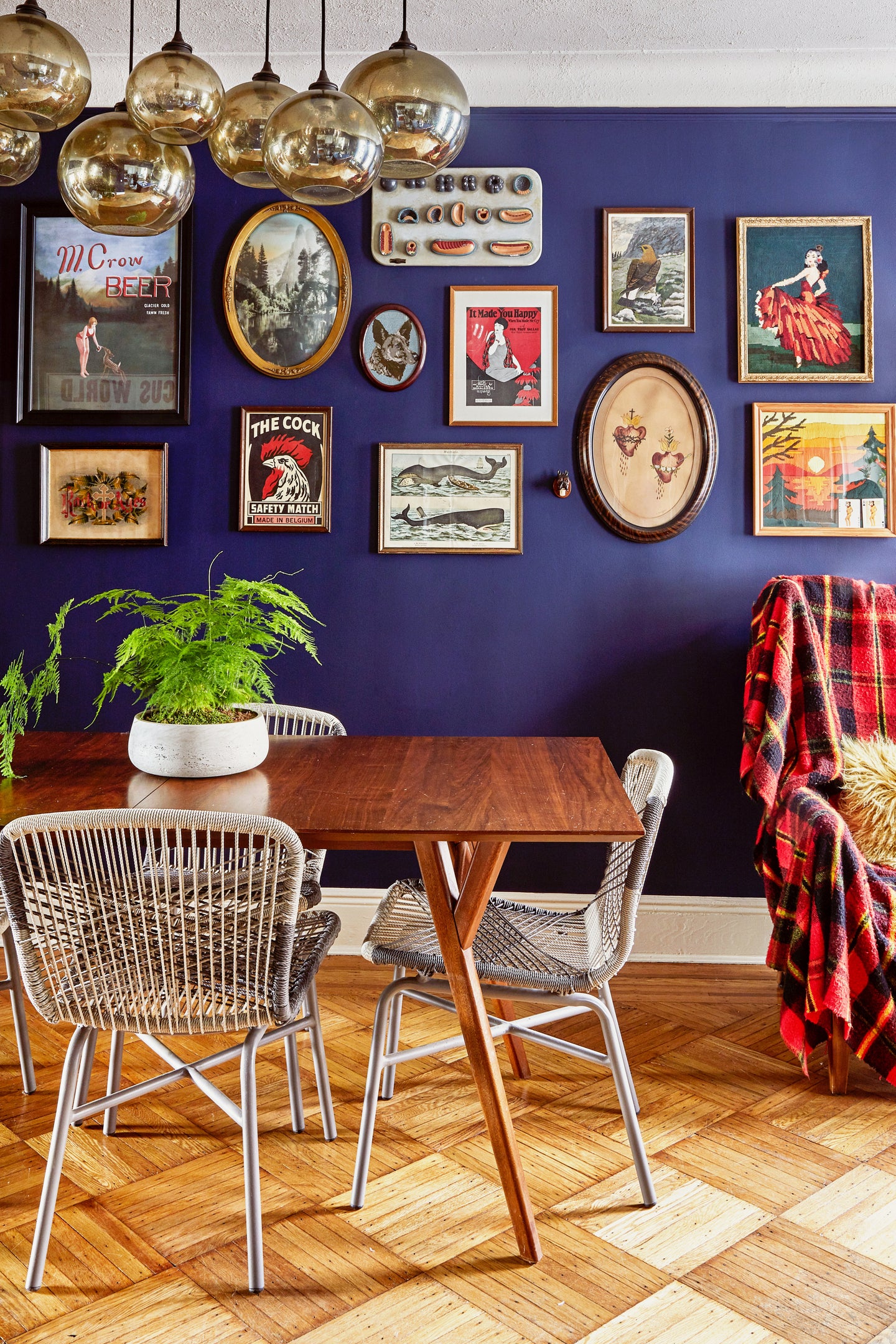 “I started collecting when I was super-young, just going through my grandmother’s basement,” says Ali Arakawa. “She always had antiques and strange art down there, and she would let me take things.” Years later, Arakawa has turned her knack for scavenging into a career, and her home into an antiques-filled wonderland.

Arakawa co-owns Fare Well Trading—an online antiques store where shoppers can unearth such items as 1860s apothecary bottles and 1970s novelty pencil sharpeners—with her friend Mia Graffam. The two started sourcing for their shop in fall 2012 and opened it on Etsy in January 2013. Since then they have mastered the art of antique sourcing and selling, filling the site with everything from turn-of-the-century to mid-century finds, but they all strike a similar aesthetic that’s evocative of classic American tattoo art. Think: Patrick Nagel–style illustrations and Sailor Jerry–esque iconography.

“There’s a specific style that’s hard to describe that’s underlying in my taste,” says Arakawa. “I tend to have a masculine aesthetic, and I’m drawn to typography and advertising. Mia and I are heavily tattooed, so a lot of imagery is drawn from that.”

To bring it all together in her Queens, New York, home, Arakawa focuses on precise color palettes. The gallery walls that fill her rooms range in time period and style, but they all have a similar strain that unites them.

“I based my living room decor on a mid-century furniture set. On the wall, I have a tiger silk screen—which was made by my mom in the ’70s—and a big Patrick Nagel print,” she says. “I started with those three things. Even though they’re all from different eras, they work together because of the colors. I like to mix animal portraits with human portraits and landscapes. As long as there’s a color story, they mesh.”

In other rooms, bold wall color brings additional dimension. Arakawa based one navy room on a red plaid blanket she had picked up on a road trip, and a pink space found its color inspiration from the two Nagel-esque oil paintings that hang on its walls. “Usually, one or two things inspire me, and I just kind of run with it,” she says. “It always ends up coming together.”

Her background in store display design helps Arakawa to draw her varied inspirations together. It’s also the thing that inspires her to continually decorate and redecorate as she adds her discoveries to her shop, brings new antiques into her home, and finds a spark of inspiration in something as simple as a needlepoint or painting.

“My space is constantly changing. Sometimes I get sick of things, so I sell them, or sometimes I’ll find things and swap out other pieces or move them elsewhere, and then that might inspire me to paint the wall a different color,” she says. “If it doesn’t feel right, I’ll change it until it does. My house will never be done, and that’s fun for me.”

More inspiring homes: One Couple, Polar-Opposite Styles, and How They Made It Work Inside an Upstate Oasis Inspired by the Swedish Countryside How an Artist Perfected the Desert Vibe in Less Than 80o Square Feet