This Marseille Home Fulfills All of Our Mediterranean Villa Dreams

A slice of Spain in the South of France. 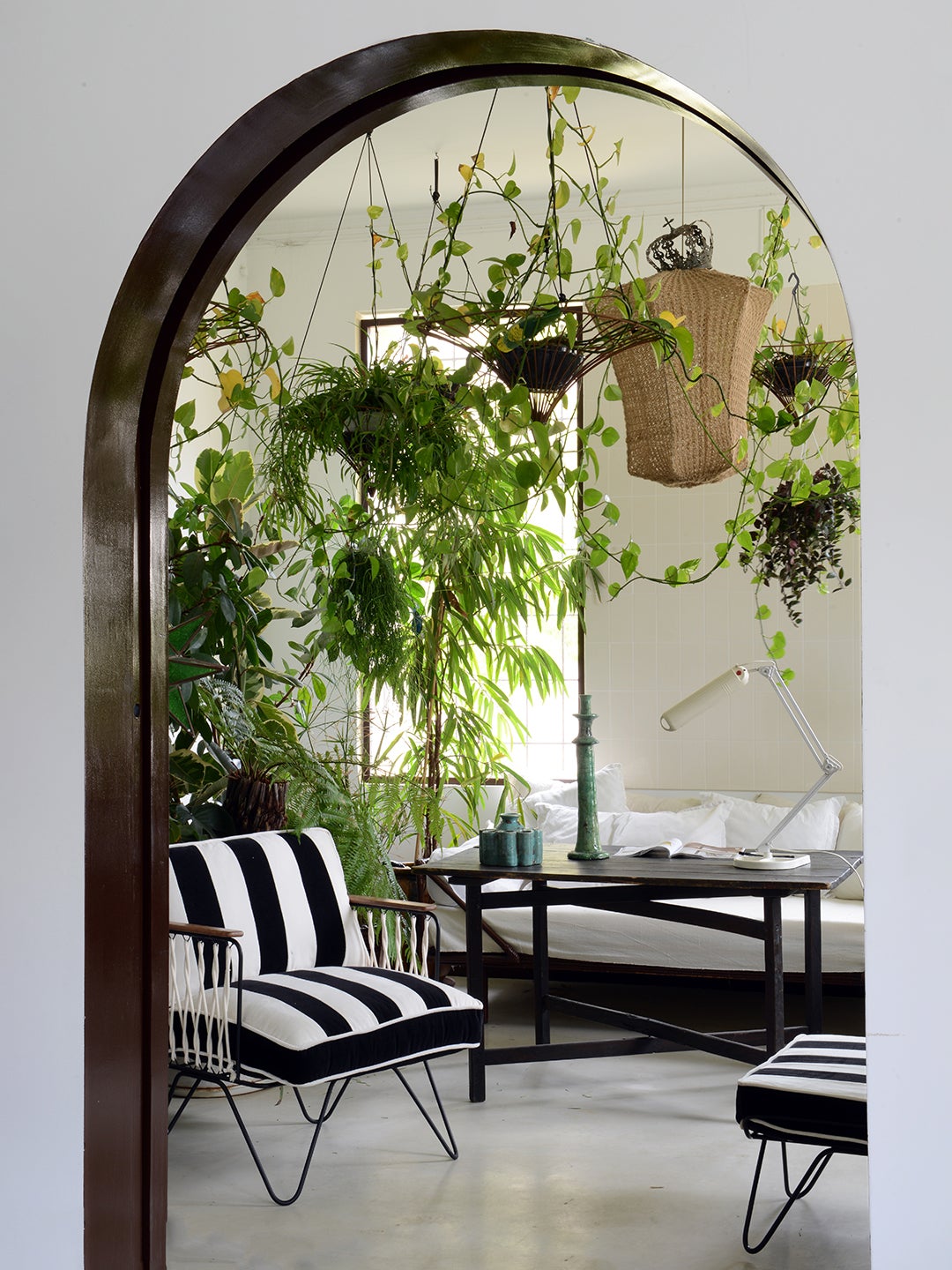 “This apartment was the opposite of love at first sight,” admits Annick Lestrohan. “I couldn’t imagine living here.” Built in the early 20th century, the flat, in Marseille in the South of France, was gloomy and very “bourgeois”-looking: classic but in a charmless way. That said, the Italian palazzo–style architecture of the building drew her in, and she moved in with her husband in the summer of 2017. Four months later, Lestrohan had pieced together her dream space.

Her inspiration came from travel: She spends most of her holidays in the south of Spain, and fell in love with the picturesque homes there that dot the countryside. Sticking to a simple palette of brown and white, she brought in small textured touches to mimic the vibe of her go-to vacation spots—patterned ceramic tiles on the floors, for example, and a “thousand and one” green plants that soar up to the ceiling as they would in a Spanish finca (basically, a large estate).

The decorating part was easy. Lestrohan owns furniture company Honoré Decoration and is a lifelong vintage devotee. “I don’t run after famous pieces,” she says. Instead, the standout items are mostly antiques store scores: The very first things she bought for the place were two Spanish-style armchairs from a neighborhood shop. In the dining room, fish-shaped chairs from her native city’s biggest flea market, Les Puces de Marseille, steal the show. No small feat, given that they’re situated under a medley of oversize woven pendant lamps.

With a careful balance of the Spanish backdrop and local French decor, Lestrohan’s house is the ultimate Mediterranean oasis. Here’s the story behind three of her favorite rooms.

Dark wood peeking out from an archway sets the scene for this charming space, where Lestrohan spends most of her time cooking and entertaining her big family (she has five children and, in her words, “many, many grandchildren”). It’s also home to her most memorable collection—the array of dinnerware and various ceramics that she’s been building for more than 40 years. “I designed the kitchen with as many shelves as possible to be able to exhibit them,” she says. Her treasured ones are those she got from her mother; they feature hand-drawn designs by her father, who was an artist.

With its chocolate brown color scheme and zellige tile–covered fireplace, this is the space that most channels a Spanish villa. The original apartment did come with a hearth, but Lestrohan quickly demolished it and built a new one, coating it floor to ceiling in shimmery Moroccan tile for some old-world character.

“This is the first time I’ve ever lived somewhere without a garden,” says Lestrohan. “I needed to bring in all this greenery to feel properly at home.” Mission accomplished: Plants grace nearly every corner of the sunny room, from mini hanging planters to large pots on the floor. The extensive collection is demanding—each one requires a different dose of watering and care—but she doesn’t mind. “It’s mainly the plants that choose me. They’re often very imposing,” she jokes of how she picks each variety. “My ritual is to talk to them.”