This $40 Magnetic Shelf Is Only 3.5 Inches Deep, But It Holds Spice Jars, Tiny Pots, and Even an Open Cookbook

The best part is that I don’t notice it on my stove. 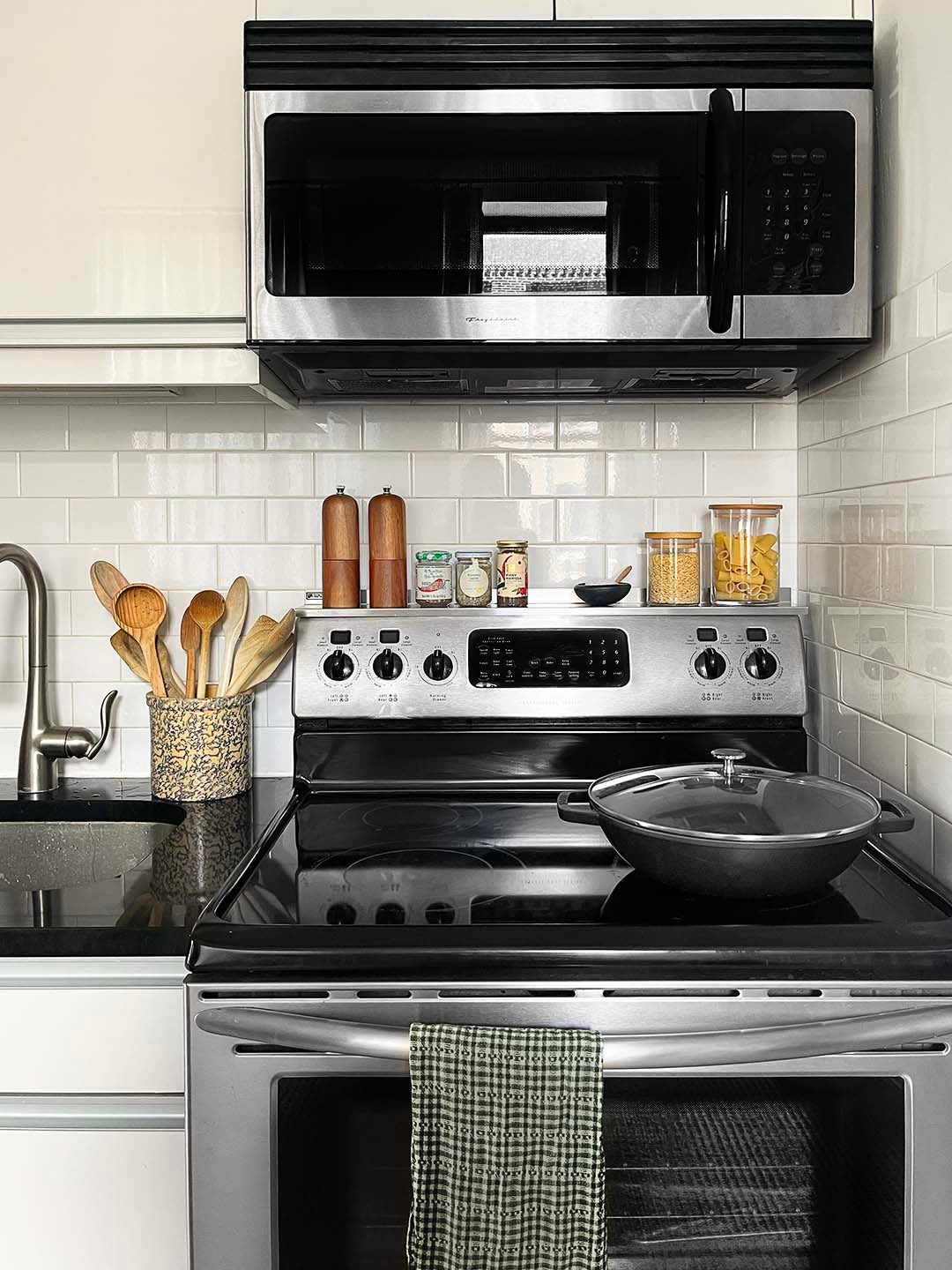 I generally would prefer to be in front of a stove rather than a computer. Cooking is a place of respite and possibility for me, whether that’s playing around with pasta sauces, tinkering with vegetables, or futzing with fruit. As a writer and editor who has covered the food and design industries for close to a decade, I’ve seen my fair share of products that promise a lot and deliver much less.

Kitchen storage can be a particularly problematic area for me: Containers and shelves are often too cutesy, too industrial, or cheaply made—and always something I’m craving more of. And that’s not just a small-space issue; I’ve had big kitchens in small towns and small kitchens in big towns. I currently cook on a 30-inch range purchased at Costco. It’s fine, nothing fancy. Gets the job done. But there’s that gap between the display and the backsplash—you know the one. It’s always a risk to try to balance items on the small ledge while making a meal, be that a dish of salt or a bottle of vinegar. So when I came across something called StoveShelf, I thought: Why not try it?

The name, I’ll be the first to admit, does not engender a thunder clap of excitement. It doesn’t come in trendy colors. But is this not a perfect tagline? “No drills, no holes, no screws, no glues.” It doesn’t promise anything more or less than what it is. And hear me out: This simple magnetic shelf is actually a genius little solution for (not only) renters.

Here are the details, after months of testing one. First things first: The thing basically looks like an extension of my stove. If I didn’t tell you it was there, would you really notice it? It’s available in easy-to-clean, food-grade stainless steel or powder-coated white or black. Lengths of 20, 24, and 30 inches make it easy to fit one to even the most petite of ranges, and the 3 ½-inch depth is actually roomier than it looks. A Dansk butter warmer doesn’t tip off the edge, nor do my fancy salt and pepper grinders. I can even display an upright open cookbook (with the help of a weight). It stays put thanks to seriously powerful magnets that attach to the top of your stove’s display—that thing is not going anywhere. You can’t bump it out of place, but it’s not a chore to take it off when necessary. The backstop also keeps items from scuttling away through the gap between wall and stove. It’s ideal for a diminutive counter space or someone (me) who can’t say no to a 100th fancy ingredient. And now, I’m heading back to the kitchen. 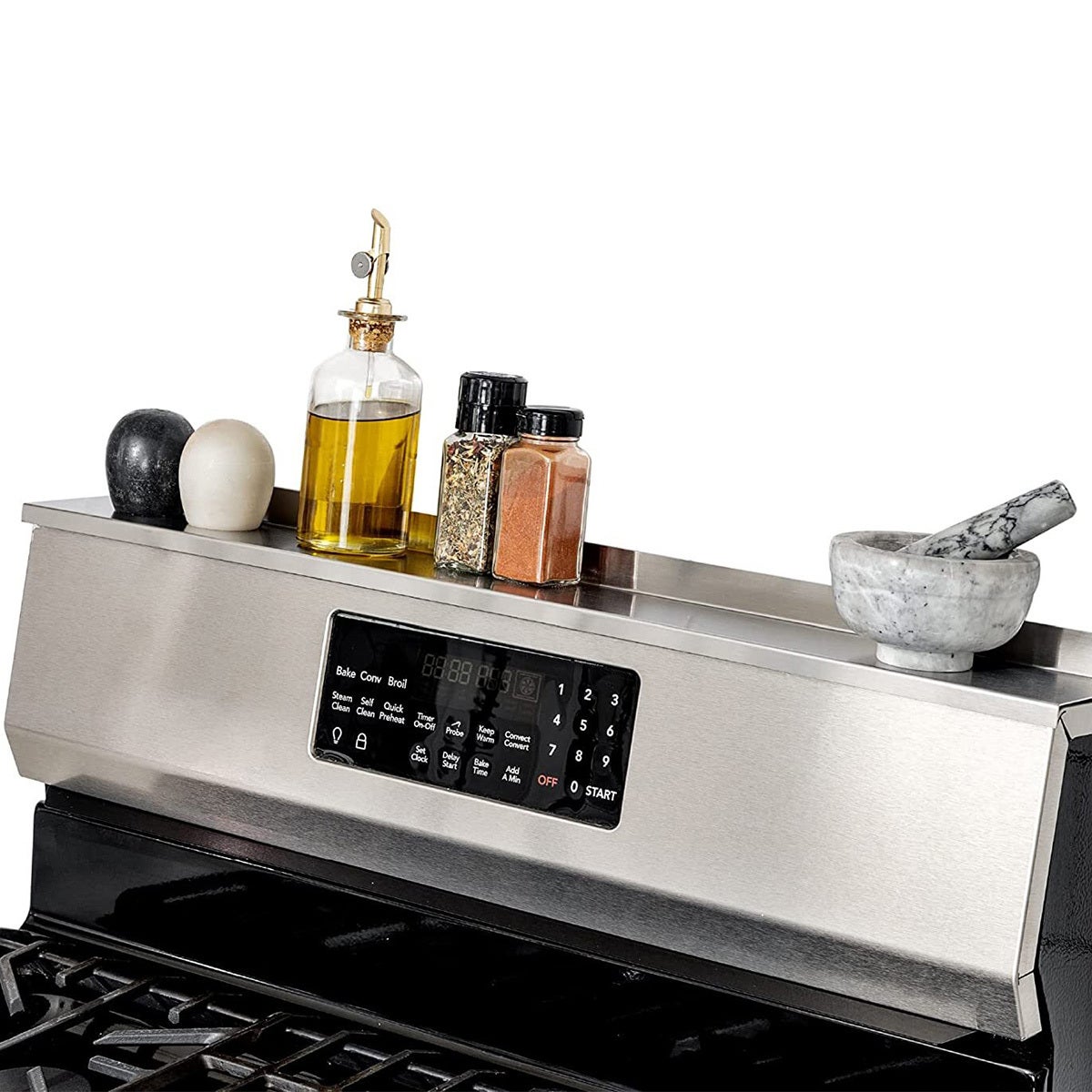