She learned from this common mistake. 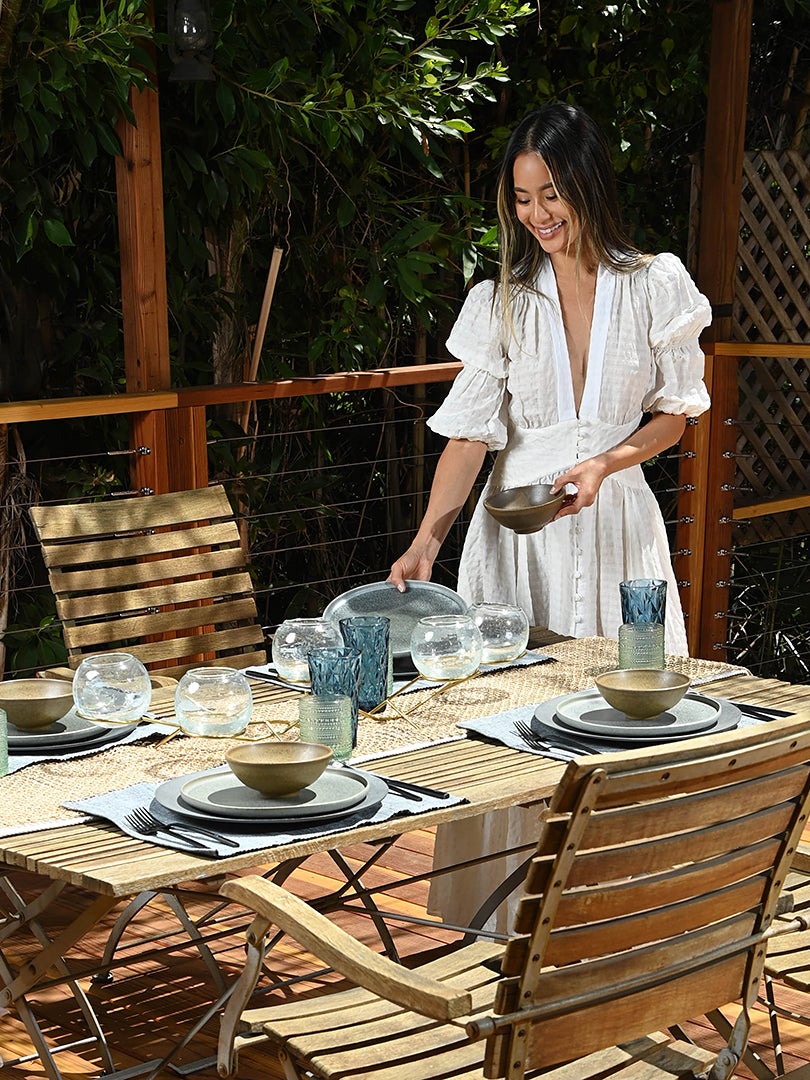 A family-friendly yard with plenty of room for entertaining and playing wasn’t on Jamie Chung and Bryan Greenberg’s priority list when they were house hunting in Los Angeles. But not long after the actors welcomed twin sons last October, they had a change of heart—it didn’t take more than one of their kids ending up with splinters in his feet from the deck for the pair to swing into action. “I was like, this is not safe. This needs to be renovated ASAP,” remembers Chung.

Having gone through renovations—and been overwhelmed by the process—before, Chung partnered with Thumbtack, the website and app that allows users to search for, rate, and hire local service providers, to find a contractor who could make their outdoor space safe—and fast. “It was a lot of hand-holding, which I really needed,” Chung shares. Ahead, she reveals the key lessons she learned from making the space baby- and dinner party–proof.

With her hands tied with two babies this past year, Chung’s first approach to fixing the ugly deck was to simply paint it, so that’s what she did. “I thought it would be as simple as sanding it and going with a new, natural color,” she explains. But once the Thumbtack contractor was brought on the scene and they started peeling back the layers, the couple realized the upper deck was termite infested and the lower portion’s foundation was also rotted. “That put us back a week or two, because we had to order more materials,” recalls Chung.

Do: Pick a Wood That Termites Hate

Chung and Greenberg got the lowdown from their construction pro on the varieties of wood to consider for their new decking, and given their history with termites, he suggested redwood. The popular option is a heartwood, meaning it comes from the non-living, central part of a tree, which is dark, dense, and less permeable than others. After it was all installed, Chung realized there is another perk to redwood: It brightens up a yard. “During the day, when the light shines and you’re in the kitchen, you can see this beautiful glow,” she shares.

Don’t: Forget to Protect It

The con of going with heartwood is that it doesn’t last as long as treated planks. So in order to help it last forever and protect it from sun damage, the couple had it coated in an oil-based top layer that penetrates the grain.

Do: Streamline All Barriers

“It was just a hazard all around,” Chung says of the old railing. For safety—and for looks—they tore out the old 2-by-4s and put in sleek wires. Having gaps in between the rails had the biggest visual impact: Finally they could see down to the second level. “It really opened up the space,” she notes.

With their two curious boys now starting to crawl around, this renovation couldn’t have come at a better time. “The kids have that space now,” she continues. “It’s really great to know that there aren’t loose nails and that they’re not going to scrape themselves.” So long, splinters.