“It’s still nice to be home, even during this time.” 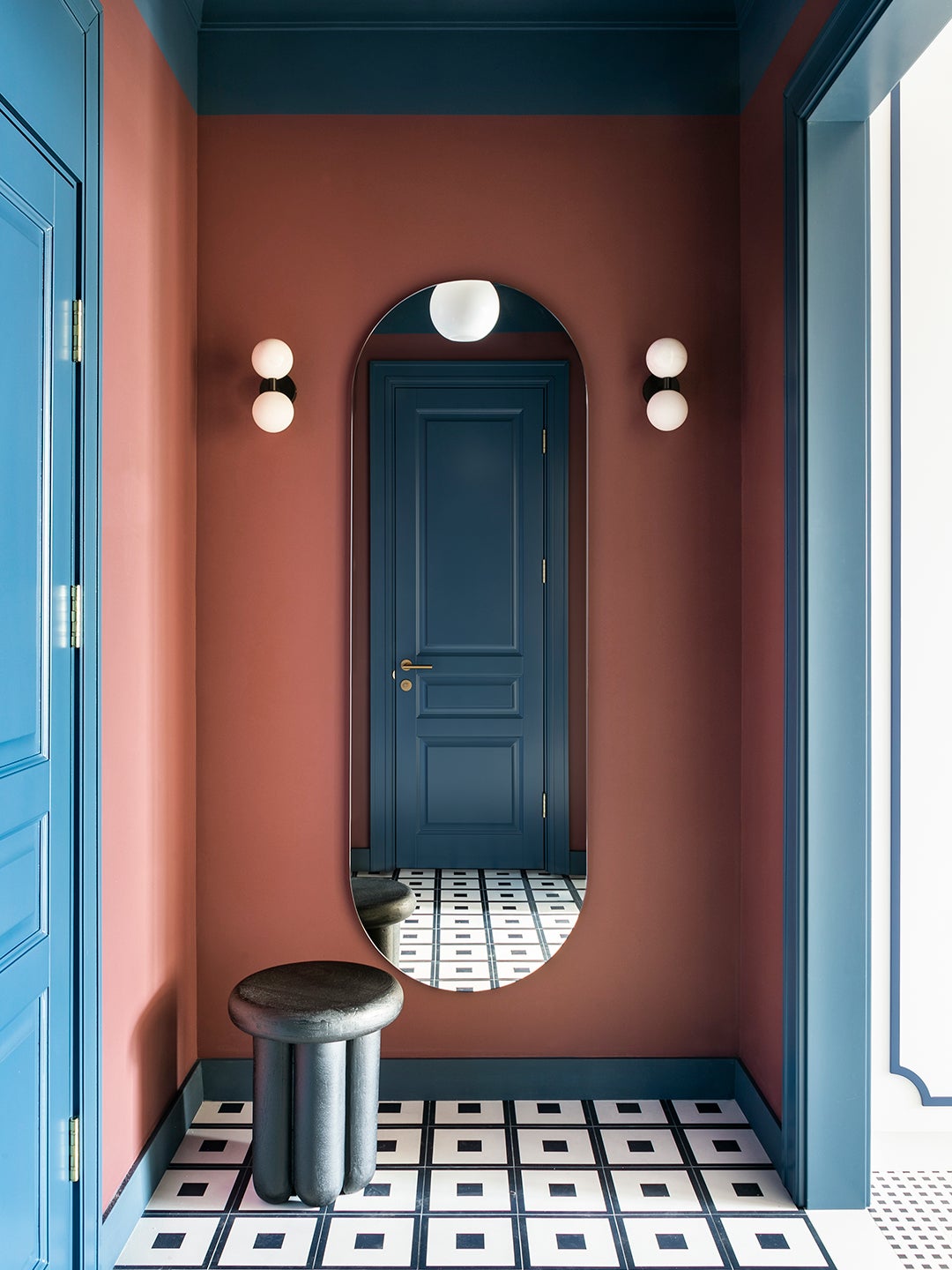 To find out how you can support the people of Ukraine, visit NPR for a list of organizations in need of assistance.

“A hipster with an old soul” is how Darya Obez describes herself. And if you were previously under the impression that one person can’t be both, just take a look inside her 800-square-foot apartment in Kyiv, Ukraine. Awed by the architectural gems in historic cities such as Paris and Lisbon, Obez, who works in finance, knew that when the time came to buy a place of her own, she wanted the feeling of living in a building laced with secrets and character. “I love high ceilings, grand double doors, and the types of wood floors in castles, and I like to imagine how people were living back then,” she says.

The possibility of losing her home in the war is not lost on Obez, who still resides in Ukraine. Just recently, an apartment building close to hers was damaged by the debris of a missile attack, and the fear of long-term power outages looms large. “Our winters are cold, and with no lights and heat…I don’t even understand what it’s going to look like,” she shares. “But still, we continue to live our lives, work, spend more time with our loved ones. We drink coffee in the cafés with no lights, no Internet, and no cell connection, and instead use candles and LED lamps and have lovely talks.”

While Obez’s budget didn’t extend to a gut renovation project, she was able to hire an interior designer to lend some charm to the space. And she knew that Yana Molodykh, whose work she’d long admired via Instagram, would be the one to help inject a sense of nostalgia into the builder-grade apartment. What better way to do that than imagining Obez had inherited it from a babusya (grandmother).

The place’s swing doors, thick baseboards, and mid-century modern furniture help fuel the narrative that “it’s as if her granddaughter only refreshed it with contemporary objects, paintings, and photographs,” explains Molodykh. Obez sourced the Antonin Suman dining chairs, which luckily didn’t require reupholstering, while Molodykh scored a pair of wood armchairs for the living room and swiftly swathed them in cozy bouclé fabric. “They looked weird because they were covered in a cheap green material. Now they’re a delight,” says the designer.

The hallway, enveloped in aubergine and royal blue, is markedly different from the apartment’s otherwise light and airy vibe. Molodykh wanted it to be a buffer zone, separating Obez from the world outside. “As it’s a transitional space, my aim was to emphasize that and make it feel theatrical almost—a little drama never hurts,” she shares.

The chevron flooring that runs throughout the rest of the apartment is an idea Obez picked up on her travels to Europe, further cemented after watching French Vogue’s YouTube series Une Fille, Un Style, in which Parisian tastemakers open up their homes. “That inspired me a lot,” says Obez with a laugh; she’s aware that it’s a less conventional decorating resource than the pages of a magazine or Pinterest. “When I saw this particular shade of wood in the store with Yana and her reaction was, ‘It’s like a floor in a museum,’ I instantly settled on it.”

Another drastic change was the overhaul of the layout. Molodykh turned it into an enfilade, where rooms flow into one another via perfectly aligned entryways. The en suite bathroom is accessed via a dressing room that connects to the bedroom, which is located directly off the living room. Given the feature’s tie to grand European architecture, naturally it appealed to Obez. “It’s very rare in modern buildings and has a wow effect on guests visiting for the first time,” says the homeowner.

“It kind of feels like I have two apartments—one that’s private to me and the other where I entertain and work,” she notes. The rejiggering of the floor plan also involved absorbing the once-outdoor balcony into the interior (by adding insulation and glass) and turning it into a bay window of sorts. When Obez wants to cloud gaze in private, she can simply draw the blush curtains that double as a room divider.

The doorless kitchen, on the other hand, is intended to be shared. The space faces the dining area, making chatting while cooking seamless—a joy in the past when Obez’s friends came over for her annual Christmas party. “It’s still nice to be home, in my city, in my country, even during this time. I don’t want to live anywhere else,” shares Obez. “I really hope it can end soon and we will live quietly.”