In This Mexico City Home, a Hacked IKEA Closet Doubles Down on the Bedroom’s Zen Mood

Mirror, mirror, on the Pax. 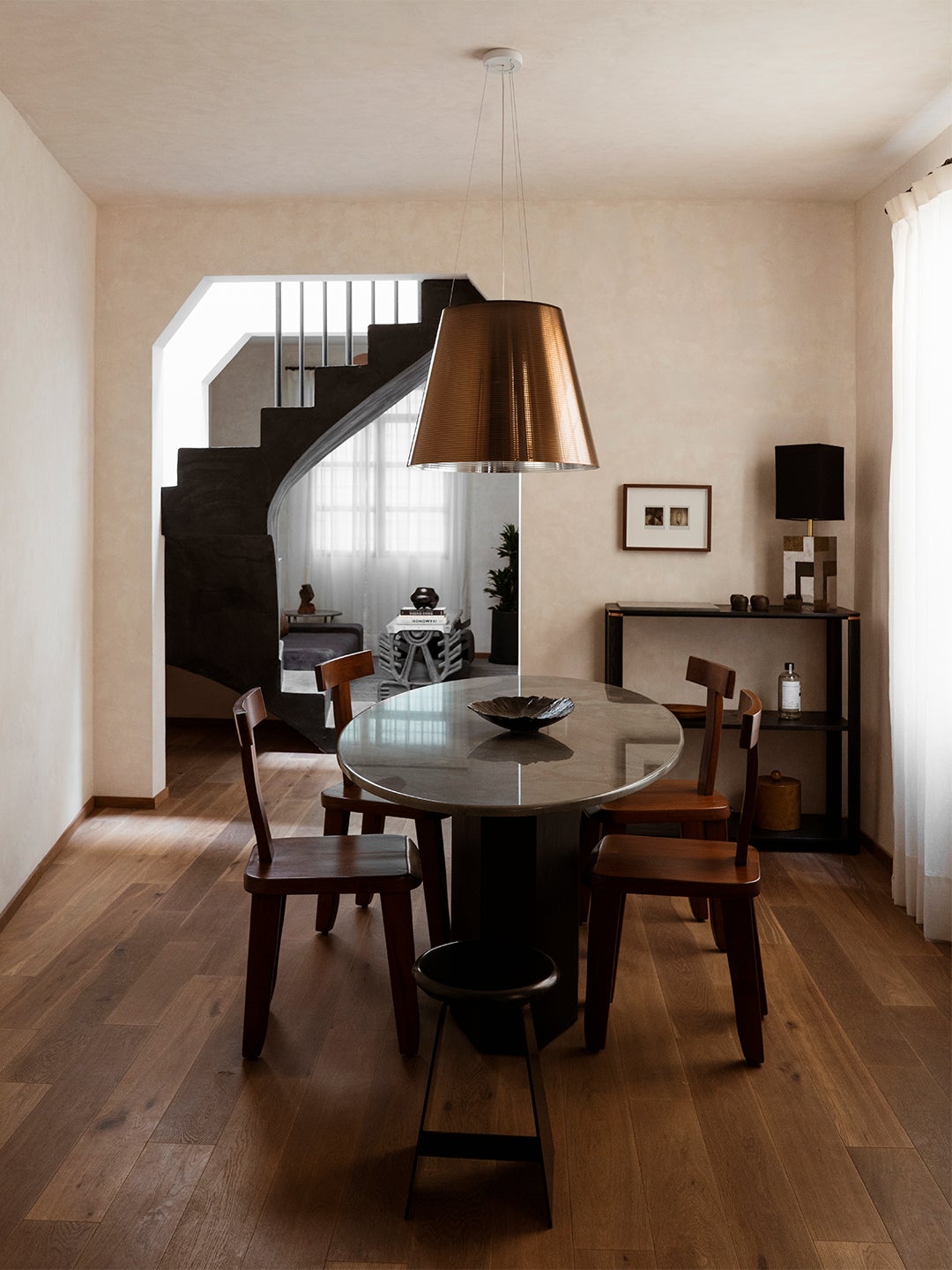 How long does it take to replace an IKEA furniture part? In Chloé Mason Gray’s experience, approximately three-and-a-half months. When the interior designer went to source a mirrored Pax wardrobe from the Swedish retailer for her client Chase Hensel’s Mexico home and quickly learned there were no mirror panels left in stock, she thought it would be a breeze to have the fronts custom-made elsewhere. So she purchased the unit sans mirrors and began her search for glass. “It turned out that hardly anyone makes ones with the particular thickness needed for this closet,” says Gray. But the time it took to find a fabricator was worth the wait: When Hensel wakes up in the morning, he’s greeted by the reflection of the thousands of tiny grains of sand that coat the walls.

The pinky brown plaster treatment that covers the bedroom (ceiling included) is called Cerami, and though it’s usually applied in an imperfect manner that highlights the depth of the pigment, Gray had her subcontractor, Marco Villa Mateos, smooth it out so there were no noticeable swooshes. The finish is a complete 180 from the two-story rental’s original popcorn walls, and the same goes for the floors: Previously a faux wood tile, they’re now European oak.

For Hensel, investing in the space, even though he doesn’t own it, was an easy decision. “I figured I’d be here for a long time, so why not make it a place I truly feel comfortable being?” he shares. A similar mindset drove the product manager to leave Oakland, California, in September 2020 for Mexico City’s La Condesa neighborhood: “I decided life was too short to not live somewhere I loved.”

While Gray was able to fix the walls’ quirky texture, there was not much she could do about their awkward orientation. “It’s a very oddly shaped house,” she notes. “I don’t think there is a single straight wall in the whole place.” Exhibit A: the dark green library, where a refurbished vintage Tobia Scarpa sofa—the first thing Gray bought for the home after three weeks of scouring the Internet—serves as the ultimate lazy Sunday post-up. Through trial and error, she found that by pulling furniture slightly away from the wall and positioning it on an angle so that it appears straight to the viewer’s eye made the crookedness less noticeable.

Because the house is located on an avenue heavily shaded by trees, there isn’t a whole lot of natural light streaming in. While Gray peppered overhead fixtures and lamps throughout, for the most part she leaned into the moodiness with dark wall treatments. The staircase was no exception: She swathed the original structure’s decorative steel railing in navy-tinged concrete. “When viewed from the side, it has a very sculptural quality,” says Gray. At the top of the steps, what looks like a piece of art is actually a fabric and fiberglass light fixture, which sets the scene aglow come nightfall.

In his office, Hensel convinced Gray to hang the Gina Nero photograph, which captures a Mexican family living in New York. “I probably wouldn’t have chosen it on my own, but the scale is perfect,” says the designer. “It also makes me think about how there is a dialogue between pieces in the home that tell a story about Mexican history and culture.” The desk is a mid-century find by Cuban Mexican designer Clara Porset (Gray painted it a lively shade of green), while the legs of the living room coffee table downstairs are carved stone from a Mexico City building facade.

Gray, who lives locally, came across a few new artists during the project, too. Disciplina made the brick candelabra in the dining room and the leather and steel bench in the primary bedroom. Victoria Chávez García of Vica Ceramica crafted the silver ceiling lamp and brass-plated wall sculpture nearby, customized to fit the space’s color scheme. And Siete, another discovery, is behind the living room sofa and matching ottoman, which have Hensel’s pit bull’s stamp of approval: “It’s held up amazingly well given that Eddie uses it as his bed!”