The hardest part: Keeping the chipmunks in the garden at bay. 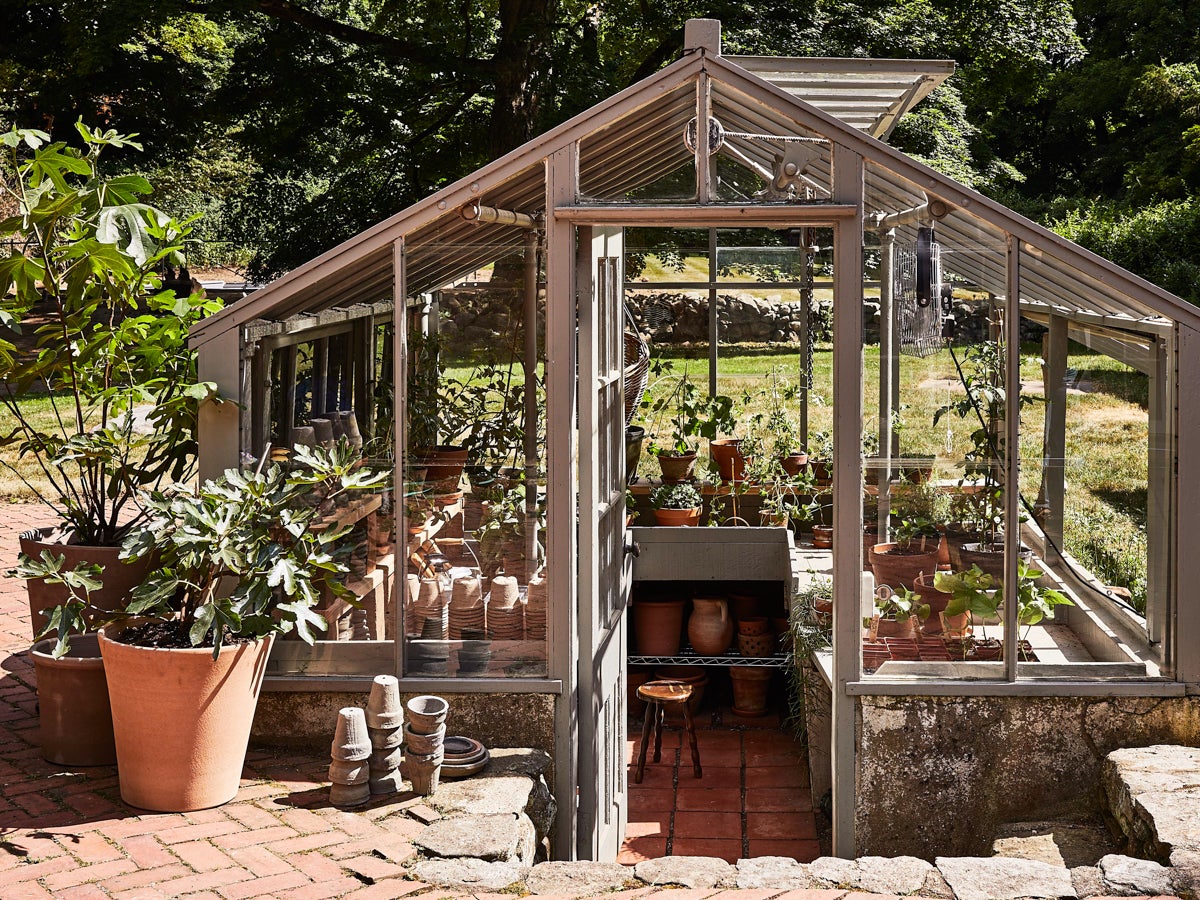 One of the biggest draws for buying my family’s weekend home in upstate New York in 2019 was the dilapidated greenhouse in the backyard. It was falling over and half the windows were broken. But before we even closed on the house, my husband was painting a logo and I was getting quotes on greenhouse glass—I knew it was the one.

Redoing the entire house (it was in similar shape) was going to be so expensive and take a lot of time, so the greenhouse and surrounding garden was this little bite-size project that I knew I could start and finish. I ended up doing most of the work myself, just because I was impatient. Refinishing this structure became a coping mechanism for everything else going on. I couldn’t control the rest of the renovation or the construction permits or the fact that Roe v. Wade was overturned, but I could go outside and pull weeds. All that seemed to matter was that I had a garden for the first time.

But I also felt paralyzed. I was very afraid of failing, so I bought a bunch of gardening books, one of them being Martha Stewart’s Gardening 101. She writes a lot about how, sometimes, things just don’t work. A lightbulb went off: You’re allowed to fail. There was suddenly this freedom to mess up, you know? That’s really how I started having success.

Expect It to Be Hard

At the start, everyone I talked to told me to tear the greenhouse down—the lead paint and broken glass alone were a nightmare, not to mention the mold that had eaten its way through nearly every wood post. I thought it would cost $2,000 to renovate it and be done in a week—which was actually the amount of time it took for us just to strip the peeling part. Of course, it instead took six weeks total and we found out the structure was much more fragile than we thought. All the work tables had to be rebuilt, and we gave it a fresh coat of gray paint—similar to its original color from the 1980s.

Make the Garden Work for You

Some advice: Have someone install the watering system immediately. Because we’re not present at the house every single day—we split our time between there and our New York City apartment—I didn’t want to worry about the squashes or kale being thirsty if we skipped a weekend. But with in-ground irrigation, I can leave it be. The drip system releases water into the ground on a timer. Once it’s set up, you do nothing; the plants just grow and thrive.

Think Beyond Fruits and Veggies

I collect scented geraniums, which live in the greenhouse. I think I have 16 varieties; some smell like vanilla, others like cinnamon. It’s my nerdy fascination. The greenhouse’s interior is obviously a little more protected, so I also keep a few tomato plants closed off to discourage the chipmunks (more on that later).

I’ve gotten into the habit of taking the potted plants in my apartment up there for a few days if they’re in a weird growing phase or looking sulky. Whether I’m repotting or trimming them back, I leave them to grow into themselves a bit more. And then once they’re cute again, I bring them back to the city. It’s like my personal plant hospital.

I would say gardeners make up the group most likely to give unsolicited advice on the Internet, other than parents the times I was pregnant. It’s not always bad—I’ll post and ask what a certain plant is or about ripeness indicators, and immediately there are 20 comments holding so much detail. I’ve been learning a lot from people all over the country.

The best thing this community taught me is if you start growing tomatoes, plant them somewhat sideways so their stems turn into roots underneath the soil. Then you will have a stronger root system and they’re less likely to fall over without stakes.

Create Your Own Shade

A few of the plants get really hot in summer heat waves. I was looking for some sort of shade, but everything was plastic. I ended up finding this rollable bamboo mat and cutting it into pieces to put on stakes. I no longer have to worry about stuff that likes partial shade, such as green beans. Your growing season lasts longer this way because the greens that normally like cooler temperatures can take their time. In a greenhouse, though, I recommend splurging on a solar-powered fan. It’s the best way I’ve found to get a nice breeze without needing to run power to the structure. 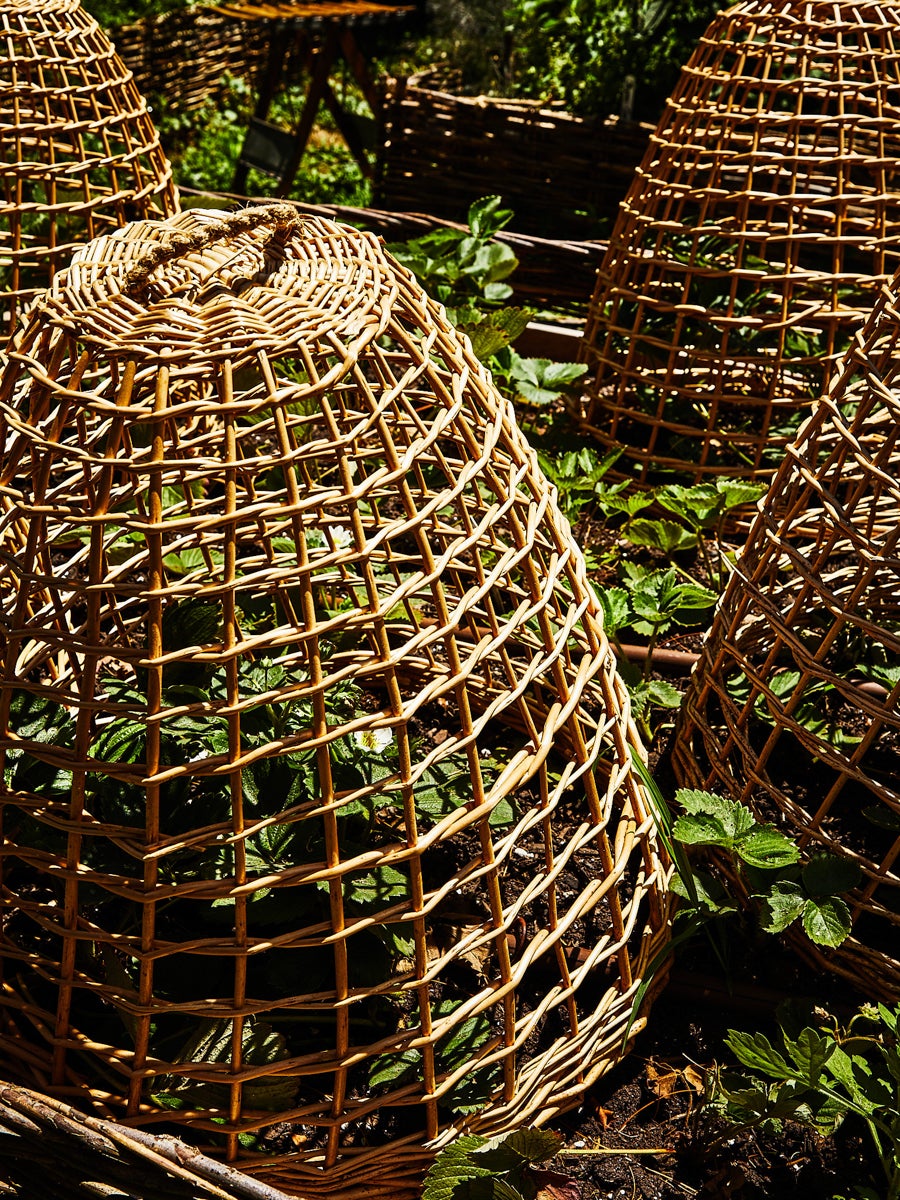 I swear it was me versus the groundhogs for at least three weeks. They were eating everything, and it would really affect my mood. This year we installed some new fencing around the perimeter of the garden and baskets over the more vulnerable plants (like strawberries). The weave is pretty open, so sunlight still gets through. I hope that will help. But I love how open the plot both looks and feels, so I didn’t want to close off every bed with wire fences.

In theory, I don’t mind sharing. If it’s part of the ecosystem, that makes me happy. However, I don’t like when the chipmunks devastate the crops and eat down to the roots. I’m a little more mentally prepared now that we have cameras. I don’t know what else to do other than try again next year.

I mean, two years ago, I didn’t even have a wheelbarrow; my kids and I were moving every bag of dirt by hand. This summer we’ve grown from four beds to nine. Taking care of everything is almost second nature. During the pandemic, I got really good at sensing how the plants were doing. Now I can spot, out of the corner of my eye, a wilting leaf almost immediately.