“I pleaded with the landlord.” 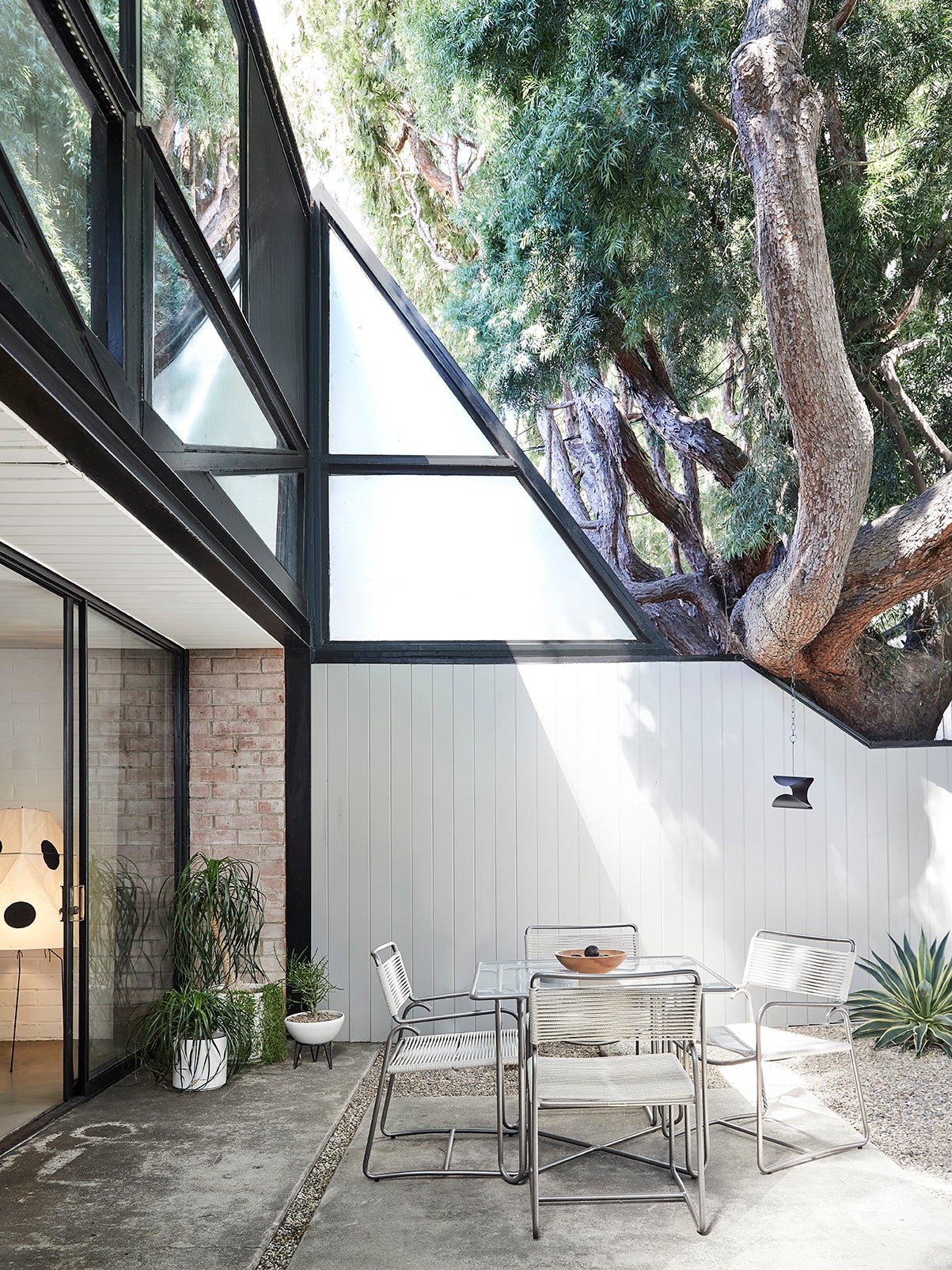 Most people’s apartment wish lists consist of things like a dishwasher or south-facing windows. Erin Starkweather wrote down architects. “I had moved to Los Angeles very suddenly and was stuck in this ultra-modern building daydreaming about mid-century design,” says the head of brand marketing at Saie. Her next place simply had to be a building by Richard Neutra, Rudolph Schindler, or Craig Ellwood, although the latter was a pipe dream (he had rarely designed for residential use).

After nearly a year of longingly scrolling through L.A. architecture accounts on Instagram, Starkweather spotted her dream property—a three-unit apartment building by none other than Ellwood—and DMed the account on a whim. Did they know the building’s owner by chance? Actually, yes. “I pleaded with the landlord to let me know if anyone was even considering moving out,” she says. It turns out one of the leases wasn’t being renewed; Starkweather submitted an application for the two-bedroom the next week, sight unseen. “It was kismet,” she says.

Big into manifestation, Starkweather had been collecting mid-century furniture for years for this very moment. “I thought about each piece I would need, even when they barely fit into my New York one-bedroom,” she recalls, and that was all the apartment really required. With its alternating black and white kitchen cabinets and a bannerless staircase, “I didn’t want to change a thing [structurally],” she says.

Serendipity struck again on move-in day. Despite no prior knowledge of the unit’s floor plan, Starkweather’s Wassily armchairs and Noguchi lanterns found the perfect home. The apartment was nearly finished by the time the movers departed, save for a sofa, one of the last question marks. For a seat that would fit right in, Starkweather had to go custom. Inspired by Donald Judd’s streamlined plywood creations, she designed a high-backed frame (think: daybed vibes) in the same material.

“I like furniture that gives the space a lot of opportunity to speak for itself,” she explains. “I don’t have any artwork on the walls, because the walls themselves are so pretty. They really don’t need it, you know?”

You’d never guess the apartment was in the heart of Hollywood, a feeling Starkweather doubled down on in the bedrooms, from which, miraculously, you can only see trees. She kept the decor to a bare minimum; in hers, there’s just a bed with a built-in nightstand, some Vitsoe shelving, and a rug to cozy up the cork floor. “Being busy at work and in life, I like to come home and be in a space that’s minimal without lots of clutter,” she notes.

If there’s a con to moving into an Ellwood, it’s this: “Someone actually DMed me the other day, saying a lot of couples who live in his homes end up getting divorced because there’s no storage, there’s no privacy,” she recalls. True or not, Starkweather saw the lack of closets (there’s only one, in the primary bedroom) as a challenge. “It forces me to not hold onto things that I don’t like or need,” she says. As for the latter, it’s a nonissue—she happily lives alone.

The one thing Starkweather did update was the outdoor space: “It was bug central,” she says. With the help of friends, she ripped up the unruly plants to start from scratch. Envisioning a serene, Noguchi-style garden, she opted for native cacti, Home Depot gravel, and a few 500-pound boulders from a nearby quarry. Just like inside, Starkweather let the bones of the building shine. We bet Ellwood would approve.