See an Apartment Completely Taken Over by Flowers 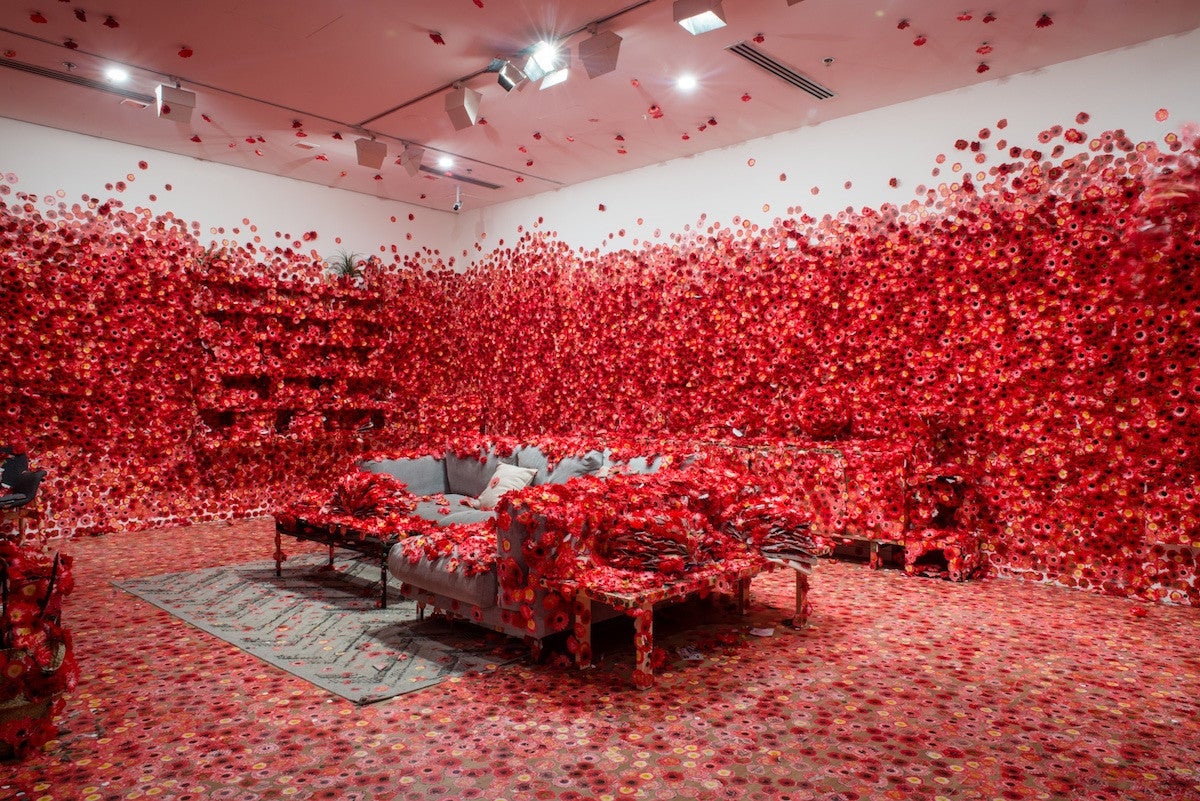 Japanese artist Yayoi Kusama is a living legend thanks to her whimsical, awe-inspiring installation art. Perhaps best known for creating immersive and infinite spaces called Mirror Rooms, another facet of her career revolves around the Obliteration Room, in which viewers “obliterate” otherwise ordinary interior spaces with colorful dot stickers. One of her latest commissions tweaks the obliteration concept ever so slightly and makes it feel totally fresh. Instead of layering a rainbow array of circles, blossoming flowers are on display.

Kusama’s installation is called Flower Obsession, and it was a staged apartment created for the inaugural National Gallery of Victoria Triennial. While there, people were handed faux Gerbera daisies and flower stickers and invited to place them wherever they’d like—from the floors to the furniture. By the end of the show’s four-month duration, the abode was completely cloaked in the red flowers, as if nature had reclaimed an abandoned space.

The decision to use flowers hearkens back to the beginning of Kusama’s art making. “One day, after gazing at a pattern of red flowers on the tablecloth, I looked up to see that the ceiling, the windows, and the columns seemed to be plastered with the same red floral pattern,” Kusama recalls in a press release for the show. “I saw the entire room, my entire body, and the entire universe covered with red flowers, and in that instant, my soul was obliterated… This was not an illusion but reality itself.”

This story originally appeared on My Modern Met.

A Look at the World’s Most Iconic Minimalist Furniture If You Love Design, You Should Know Salone The Italian Design Team Inspiring Our Color Palette