Do You Really Need Vitamins? 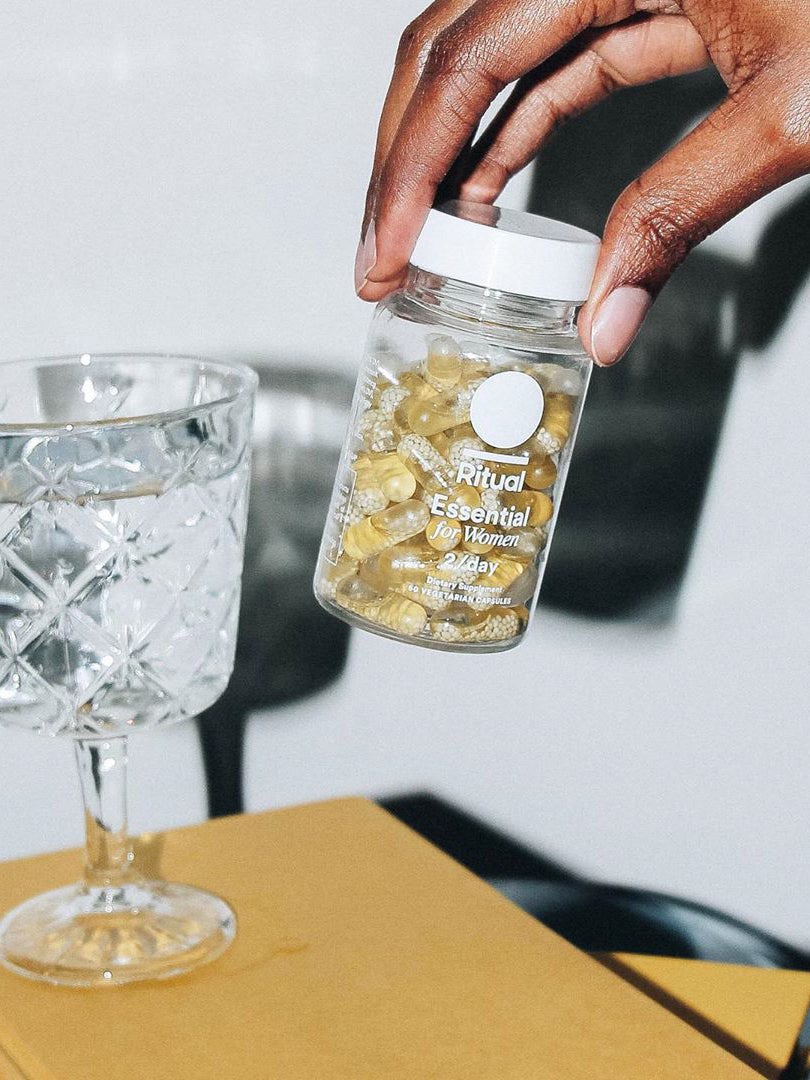 Four years ago, when Katerina Schneider was pregnant with her first child, she started taking a prenatal vitamin, like many moms-to-be. Suddenly, she found herself with a lot of questions:  Why was it that just now she needed a vitamin? Are vitamins even necessary in the first place?

After much personal digging, she posed the last query to nutritional biochemist Luke Bucci, PhD, CCN, CNS (yes, he has a lot of credentials). His answer? Yes—but maybe not the ones that you think. Schneider agrees. “So much research shows most people are getting a lot from their diet already,” she says. “And a lot of those nutrients are included in a typical multivitamin.” Swallowing yet another pill is hardly worth it when you’re getting those benefits elsewhere.

So, with the help of a team of scientists (including Dr. Bucci), Schneider launched Ritual, the multivitamin brand that you probably know for its cheerful yellow branding and recycled packaging. And in the meantime, she figured out what wellness meant to her in a world full of ashwagandha powders, CBD tinctures, and various “dusts.” Simplicity, she decided, was a thing of beauty.

“I used to be very experimental on my body and with all kinds of new herbs and diets,” Schneider says. “After spending a lot of time with scientists and doctors, I realized that a lot of things just have emerging science or none at all, and our bodies are sacred.” Here, she explains how she gets her nutrients from her whole food-focused diet—and when she turns to her trusty multivitamin.

Which vitamins and minerals can you adequately get from food?

As a vegan, Schneider’s diet is more limited than others, but by varying the fruits and vegetables she needs, she gets a lot of benefits just from what’s on her plate. “Even tomatoes have vitamin C,” Schneider says. “So, even if you’re eating a burger, chances are, you’re getting enough through your diet.” You also don’t have to worry about calcium (which isn’t just in milk and cheese, but also dark, leafy vegetables), and Vitamin A, which supports vision and immune system function and exists in carrots, sweet potatoes, and fish. Copper aids iron absorption, and you can get it in leafy greens and nuts. Last, selenium, a mineral that aids metabolism and thyroid, can be found in nuts and fish, while manganese, an important nutrient for brain health that some women actually intake toomuch of, is in soy, shellfish, and sweet potatoes.

Which ones are you likely missing?

Sure, you know calcium is important, but Schneider emphasizes that you won’t get its full bone-supporting benefits if you don’t have Vitamin D3, Vitamin K2, magnesium, and boron, too. This can be tricky: Though we primarily get Vitamin D3 from the sun, most of us are stuck inside at a desk from 9 to 6, which makes this nutrient a great candidate for a supplement.

It gets complicated when you consider the fact that some vitamins need to be in specific forms to be absorbed. Lots of vegetables are rich in folic acid, but one-third of women have a genetic mutation that makes it hard for them to benefit from it—so, folate, a B-vitamin that helps with DNA, is a more helpful universal option.

Then there are two types of omegas—Omega-3 DHA and EPA—that support brain and heart health, but research has shown that 95 percent of women between the ages of 19 and 50 aren’t getting adequate amounts (they’re found in fish and fish oils). Another tricky vitamin for vegans and vegetarians in particular? B12, which helps with metabolism and cellular function and is mainly found in meat, fish, and eggs. Most of us have a hard time getting enough iron, even though it’s in  while eggs, shellfish, and beef are all good sources, you can also find iron in spinach, tofu, lentils, broccoli and even dark chocolate. Lastly, vitamin E, which you likely already know helps protect your skin, is found in nuts and salmon—but it’s hard to get enough from diet alone. In these cases, there’s a not-so-tough pill to swallow.

See more stories like this: This Type of Alarm Will Help You Wake Up on the Right Side of the Bed I Asked a Sleep Doctor What I Was Doing Wrong—Here’s What I Learned What’s the Deal With Nonstick Cookware?