This couple got creative with an overflow of blooms. 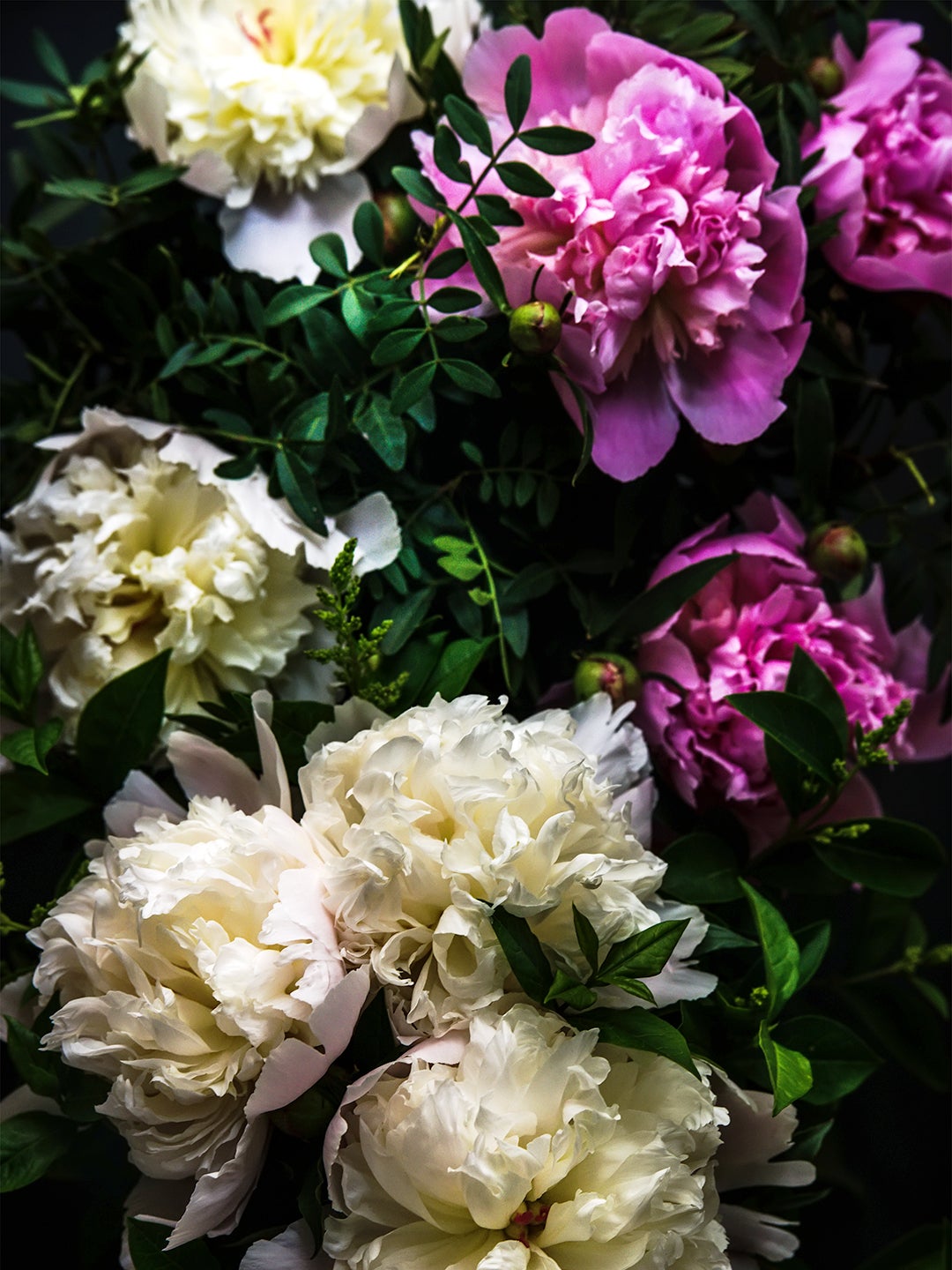 Rachel Coleman and her fiancé, Steven Perlberg, arrived in West Palm Beach, Florida, two weeks before their wedding date. Not long after they landed, news of the COVID-19 outbreak in the U.S. began to spread, and the Berlin-based couple started weighing their options: Should they wait it out or call it off? When their venue, the Norton Museum of Art, temporarily closed, it was settled. While far from ideal, the pair rescheduled their nuptials to take place in October. And their planner, Danielle Dworkowitz of Creative Touch Parties, was miraculously able to transfer all of the vendors to the new date—except for one thing: the thousands of flowers they had ordered. Unfortunately, they were in transit weeks before the wedding.

Antique blue hydrangeas, delphinium, English garden roses, gerber daisies, ranunculus—the blooms meant to fit their tropical spring scheme had traveled far and wide (think: Holland and Israel) to get there in time. “They have to do what’s called drinking, which sounds like something a lot of us have been doing,” says Dworkowitz, laughing. Sitting in a cooler and soaking up water days in advance is especially important for peonies (Coleman’s main bouquet floral), as they take over a week to fully open up. All of the stems were being stored at Xquisite Events, their florist’s warehouse, with nowhere to go. Rather than let the arrangements go to waste, they decided to turn the situation into a positive and donate the stems.

The couple left most of the logistics up to Dworkowitz, who reached out to senior centers in the area to ask if they would take them, and it was a resounding yes. “A lot of those places have been on lockdown, not allowing family or friends who live elsewhere to visit,” says Dworkowitz. “It was a nice way to brighten up their day.”

The planner put a call out to clients and a country club for vessels, and between her own inventory and gifts from others, she gathered around 200 vases and mason jars. She set up an assembly line at the florist’s warehouse (one person poured water, another added hydrangeas, and so on) until they loaded five rolling pallets, holding at least 140 full-size arrangements, onto a refrigerated truck. Even after that donation, there were still plenty of flowers left. Dworkowitz took extras to a local oncology center, and Coleman passed out about 300 flowers to neighbors and sanitation workers.

“Don’t sweat the small stuff, because there are much larger things happening that are out of your control.” —Rachel Coleman

Coleman and Perlberg are going to tweak the scheme for their October wedding date (she’s thinking harvest themed with touches of orange and yellow and maybe a few gourds). “My biggest piece of advice to other couples [who have to postpone their wedding] would be don’t sweat the small stuff, because there are much larger things happening that are out of your control,” she says.

And in the end, not all was lost. Coleman saved a few garden roses that were supposed to be in her bouquet for herself. “They’re currently drying in a book in my bedroom,” she says. “That way I can have them forever.”

See more stories like this:  How One Couple Pulled Off a Two-Day, Two-City Wedding Without a Pro Planner We Bought Our Wedding Flowers at 5 a.m. on the Morning of the Ceremony See This Textile Designer’s Genius Idea for Repurposing Wedding Bouquets