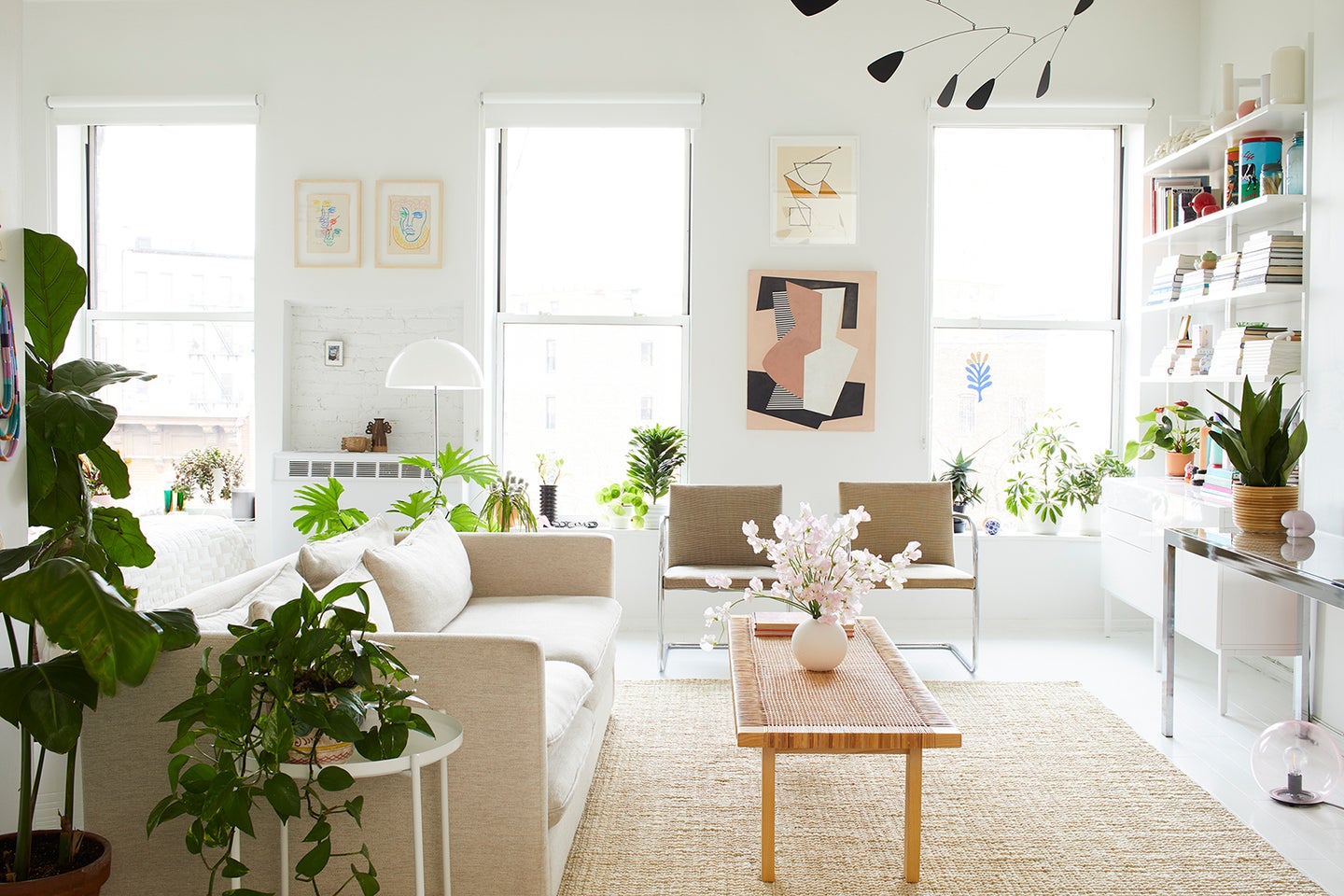 I reached a breaking point earlier this year, when I just completely gave up on having a runner in my kitchen. I had gone through three in two years (and to be honest, it probably should have been more than that—I kept one of them around for way too long). Most of my runner-related drama came thanks to an unwieldy 2-year-old human and her frenemy/fur sibling, my sweet-as-can-be papillon, Lulu, who is house-trained—but also 15 years old and in poor health. Our dining room rug had suffered as well.

So I decided that I would have to live with stained and dingy rugs until deliberate food flinging was no longer a part of our daily lives. And there was absolutely no point in trying another floor covering in the kitchen—the effort was futile, not to mention costly. Then a game-changing lightbulb went off: a washable rug!

Lately these rugs, which you toss in the washing machine, have become popular on the Internet, but I’ve been a skeptic in real life. I’d seen Ruggables on photo shoots I’ve styled, and while they photograph well and come in a huge range of patterns and colors, they’re also thin and obviously made of synthetic materials. Practical, maybe, but not my style.

Well, desperate times call for desperate measures, and trying one would be my last-ditch effort. (Truth be told, you do a lot of things you’d never imagine after becoming a parent.) The brand’s newly launched Re-Jute collection—done in a basket weave that’s meant to mimic jute—seemed promising. Simultaneously, homewares brand Revival announced the debut of its first washable rug—a 100 percent cotton version in a range of modern, geometric designs that I could totally get down with. So I suddenly had choices. In the end, I tested three: a rug from Revival’s washable Recess collection, one from Ruggable’s Re-Jute collection, and a standard Ruggable rug. Here’s how they each held up.

First impression: Love, love, love. It looks like a piece I’d bring into my home before I had to worry about kid and pet stains. It is thick and feels good under your feet—and it’s made of 100 percent organic cotton. I even had the guts to try a light color, knowing that it’s washable—something I wouldn’t have done even prior to the arrival of my mess-making roommates.

After washing: Because I got a 6-by-9-foot size, I had to take it to the laundromat to use one of its 60-pound machines (anything smaller can go in a standard at-home washer). Not a big deal, but it takes a little more effort if you’re not already going to a laundromat regularly. This one also has to be air-dried, so it requires having the space and climate to do that.

Final take: I now feel that all rugs should be made this way—no compromise here, in any way. A 10 out of 10. Game changer.

First impression: I had a lot of faith that I would like this rug—it seemed like the answer to my conundrum. Washable but the natural-fiber look that I gravitate toward. However, it’s much less sisal-like than I was expecting. In its defense, it’s made using recycled plastic bottles, which is a great sustainability story that I can get behind, but doesn’t lend itself to feeling of the earth. And the base color leans more brown than natural, so I didn’t get the light and beachy look I was going for.

After washing: Just one wash in, and the binding on the edges (which already gave the rug a less-refined look) unraveled a bit, exposing white cord underneath.

Final take: Maybe I chose the wrong pattern or maybe I happened to get one that was defective, but this initial experience left me soured. I’m not saying it’s not right for anyone, but it wasn’t right for me.

First impression: I had seen a couple of these in person and wrote them off. But given my desperate state, I went digging on the site (that verb feels accurate because there are so many options) until I found one that might work. I was skeptical—as in, I assumed I wasn’t going to like it even before it landed on my doorstep. It’s thin and definitely synthetic, but once it was down on the floor, I didn’t really notice either of those factors and it just looked good in the space. The ingenious Velcro-like rug pad is supereasy (and kind of fun) to use, and it gives the rug more cushion while keeping it securely in place. Am I a Ruggable convert?

After washing: Many, many washes later, and this rug looks pretty close to how it did when it arrived. I’m pleasantly surprised, and now I love this thing. The ease of throwing it in the washing machine and dryer whenever and as often as I’d like brings me an unexpected sense of joy. And fun fact:You can home-wash/dry all of the brand’s rugs, even its largest size (9-by-12 feet).

Final take: I did a 180 here—and now understand the Ruggable hype. Is this the floor covering of my design afficionado dreams? No. But it is totally what I need right now—and considering how high-traffic a kitchen can be, maybe forever? It gives my kitchen the warmth that it desperately needs—turning it from a utilitarian space to one that actually feels homey—and has stopped me from considering evicting my elderly dog and toddler.