Invite your friends—there’s enough to go around. 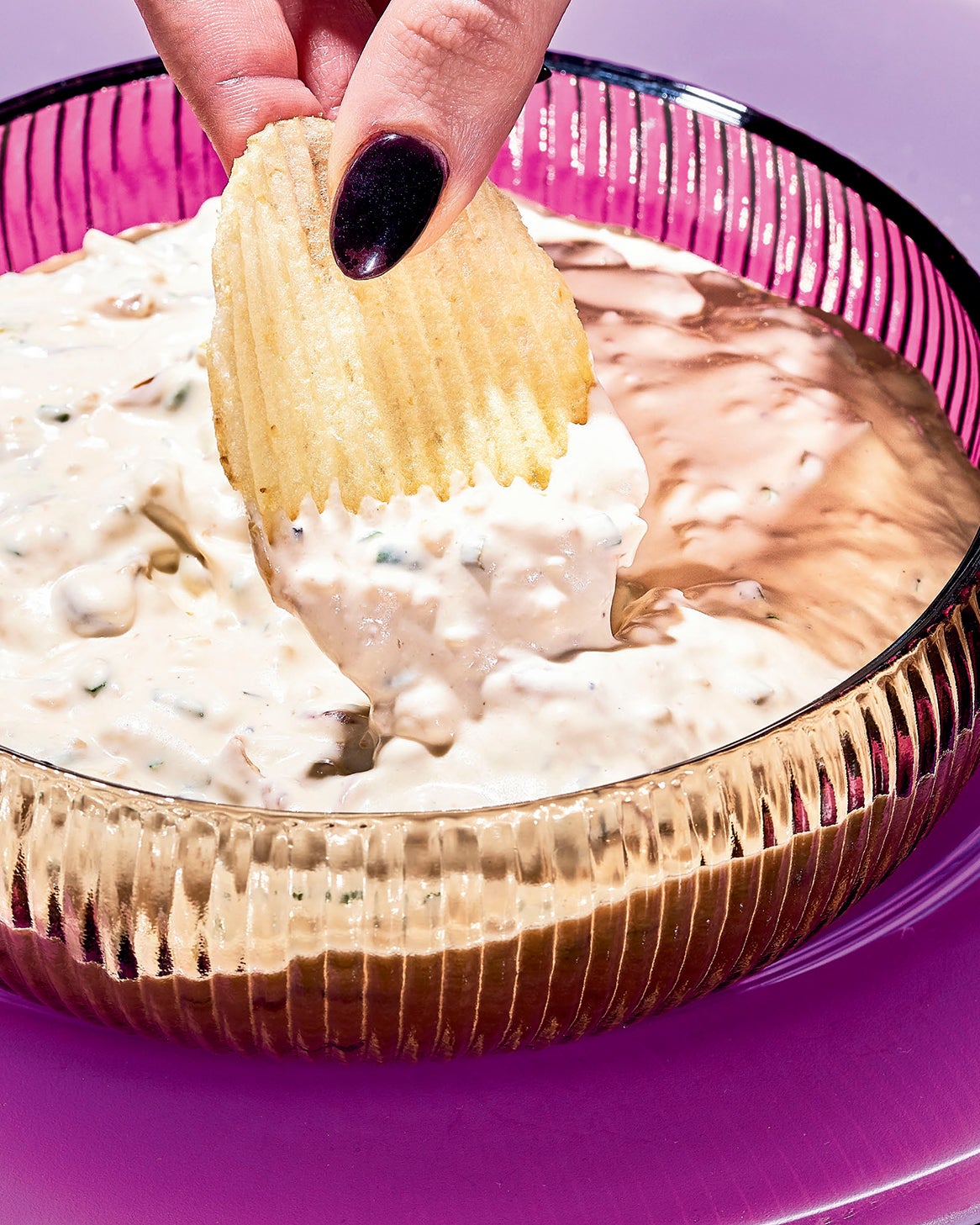 With temps dropping as quickly as the leaves on the trees, harnessing the courage to venture out for dinner or even to the movie theater can feel downright daunting. What feels a lot more enticing is throwing on a pair of sweats and building a pillow fort in front of your TV for Netflix’s latest offerings, such as The Crown (premiering November 17)  or Queer Eye: We’re in Japan! (November 1). But even a night in with the Fab Five has the potential to get a little lonely—so why not invite over a handful of friends and make some equally binge-worthy snacks for your marathon viewing party?

This is precisely what Munchies’s culinary director, Farideh Sadeghin, suggests in Munchies Guide to Dinner, a new cookbook available tomorrow. “Bingeing the most recent season of your favorite show before the new season’s episodes hit the air requires dedication, endurance, and, of course, snacks. Good ones,” one chapter reads.

For Sadeghin, the ideal evening also involves comfy clothes and a plush environment. “I have so many throw blankets and pillows,” she says. “I think those and the wine usually make people feel pretty cozy. I’m not necessarily a ‘no shoes’ house—whatever makes my friends feel comfortable—but I also have a lot of slippers, so I can pass those around if they really want to get snuggly.”

She also prepares her noshes ahead of time. “Sometimes I even make extra and freeze it for future hangs and parties,” she admits. “And you don’t have to make everything from scratch! You can cut corners for some things that don’t matter so that you can focus on what is important.” (Like, um, watching Olivia Colman crush it as Queen Elizabeth.) Here are the TV-ready eats from the new cookbook to have by your side when you press play.

Restaurant chefs and recipe testers with high-powered stoves and burners the circumference of a watermelon will tell you that it takes only 5 or 10 minutes to properly caramelize onions, but that is one big, fat lie for the average home cook. For our purposes here, budget at least 15 to 20 minutes (since we are only lightly caramelizing them). Don’t slice them too thinly, don’t overcrowd your pan, and for heaven’s sake, don’t crank the heat up all the way! Just let them hang out and be patient. You’ll thank us later.

Heat the olive oil in a small skillet over medium-high heat. Add the scallions and onion and cook until golden, about 3 minutes. Reduce the heat to medium and cook until lightly caramelized, 15 to 20 minutes. Let cool completely.

In a large bowl, combine the sour cream, mayonnaise, chives, lemon juice, onion flakes, Worcestershire sauce, onion powder, salt, and pepper with the caramelized onions. Transfer to a bowl and refrigerate for at least 1 hour before serving with the chips.

If you’re really, truly skeptical of your ability to make popcorn on the stove, we will understand if you just go ahead and buy microwavable unbuttered popcorn and garnish it with this eternally delicious combination of butter, cheeses, salt, and pepper. But we promise it’s not hard.

Heat the oil in a large saucepan with a tight-fitting lid over medium heat. Add 5 corn kernels and wait until they pop, about 5 minutes. Add the remaining kernels and cover tightly. Shake the saucepan gently until you hear popping sounds. Stop shaking the saucepan and allow the kernels to pop. Once they have slowed to 2 to 3 pops at a time, about 3 minutes, remove from the heat. Pour into a large bowl and toss with the butter. Add the cheeses and pepper and season with salt. Toss to combine.

Pimentos, or cherry peppers, are cute little round red peppers that rank just below poblanos in spiciness. In other words, they’re not hot, really, so don’t be intimidated. If you’re not hungry enough to make and eat nine quesadillas, save some of the cheese (the recipe makes 3 cups) for another binge-worthy night and use it as a spread for crackers like they do Down South. Pro tip: The cheese spread goes onto the tortillas easier when it’s at room temperature.

In a medium bowl mix the cheeses with the mayonnaise, cayenne, and pimentos. Season with salt and pepper. The pimento cheese will keep, covered and refrigerated, for up to 1 week.

Working with one tortilla at a time, spread ⅓ cup of the pimento cheese mixture on one side. Top with another tortilla. Heat 2 teaspoons olive oil in a 10-inch nonstick skillet over medium heat. Cook, flipping once, until the tortillas are golden and crispy, 3 to 4 minutes. Transfer to a cutting board and cut into six wedges. Repeat with the remaining tortillas and cheese. Serve hot.

All that’s left to do is invite friends over and queue up Netflix.