The desert is calling. 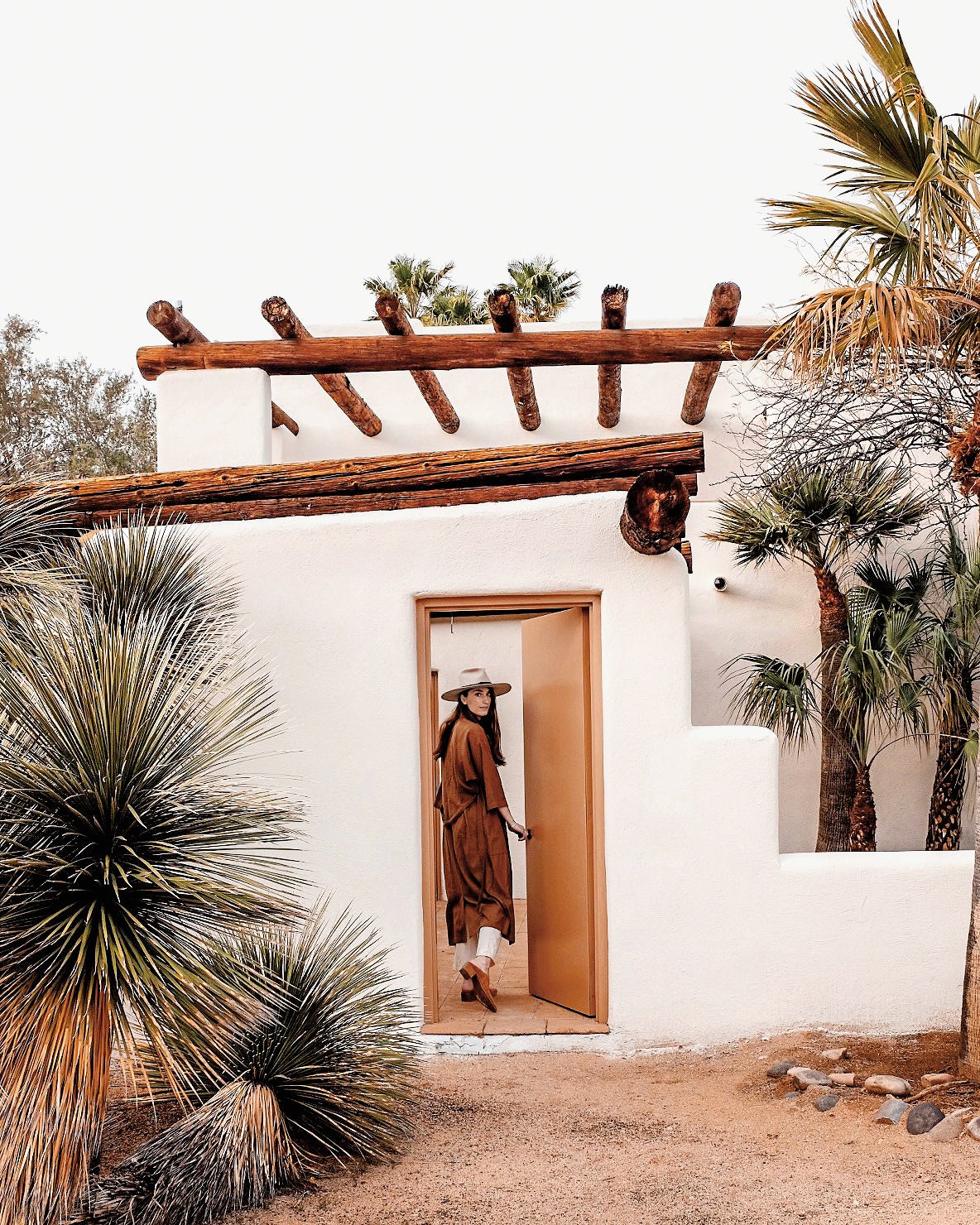 This story originally appeared in the Summer 2019 issue of Domino, titled “The Next Design Destinations.” Subscribe to be the first to receive each issue.No longer a dusty desert outpost, Tucson has become a cooler, under-the-radar alternative to Joshua Tree. “The saguaros, the morning doves, the creatives who live here—there is something incredibly special about this diamond in the rough,” says writer, frequent visitor, and onetime resident Lisa Przystup, whoshares a few of her favorite spots.

Avenue Boutique With understated indie brands like About Arianne, Kordal, First Rite, and Illana Kohn on its roster, Avenue Boutique offers a deftly curated selection of beautiful things. Not just limited to clothing, the shop also carries ceramics from Simone Bode Turner and thrifted vintage pieces that are a minimalist’s dream.

Bon Boutique Mother-daughter owners Bonnie and Crystal Flynt keep their treasure trove of a shop well stocked with essentials that the duo describes as “classic with either something that’s fun or something that’s a bit off.” Falling under that umbrella: colorful sheep’s wool blankets from Bolivia, a wide palette of taper candles dipped in Maine, and other elegantly functional finds.

Dust & Heritage  Housed inside a modified shipping container—one of many that make up the MSA Annex, an open-air collection of shops and restaurants just off the Mercado San Agustín that feels so very Tucson—is Dust & Heritage. The space offers three distinct landscapes—Modern Mediterranean, Boho Scandinavian, and The Collector—each zone a panoply of reasonably priced, thoughtfully sourced items for the home.

Desert Vintage  This vintage clothing boutique enjoyed a lengthy tenure at its original location on Fourth Avenue—Tucson’s popular artsy drag—before recently moving a few blocks away into a former tile-maker’s studio. Reimagined by interior designer Casey Smith, the airy white space showcases local creatives: A painting by Ishi Glinksy hangs at the center of the room, while racks by ironworker Carson Terry suspend each covetable piece.

Adobe Libre and The Root Beer House When photographer Krysta Jabczenski and her husband, Joel Leshefka, bought a pair of adobe homes in the historic Barrio Viejo neighborhood—an area known for its impossibly golden light—they discovered that the previous owner (who had a background in art restoration) had lovingly renovated the interiors, paying special attention to all the little details. Each rental boasts the sparse simplicity synonymous with adobe design, as well as original fixtures like vigas made from ponderosa pine right from Mount Lemmon (the highest peak in the nearby Santa Catalina Mountains) and kiva fireplaces.

Posada by Joshua Tree House  It has been five years since Sara and Rich Combs—the couple behind the very Instagrammable Joshua Tree House—road-tripped to Tucson and set their sights on opening a second venture. They eventually found an abandoned inn sitting on 40 acres of cacti gardens that brushed right up against Saguaro National Park. The overhaul of the property (slated to open this fall) includes 5,000 square feet of outdoor space (read: firepit, pool, spa, and pizza oven), in addition to five suites and two freestanding homes. The result is a small-town getaway that more than scratches that endless-horizon itch.

Cup Cafe in Hotel Congress Breakfast at this downtown Tucson institution is a very good way to start the day. Order the Two Eggs ’N’ Toast Any Style and think about the fact that Dillinger was captured at this very place while perusing the prettiest pie case ever. (Do yourself a favor and grab a slice for later.)

Little Cafe Poca Cosa As the name implies, this is Cafe Poca Cosa’s smaller, more casual hole-in-the-wall location. Go for lunch and get the mole and tamale plate. Almost everything clocks in at around $9 and the helpings are heaping. Oh, and the agua fresca. Don’t forget the agua fresca.

Arizona Inn If Frank Sinatra dreamed in Technicolor, it would look a lot like the Arizona Inn. Opened in 1930 by Isabella Greenway—Arizona’s first congresswoman and lifelong friend of Eleanor Roosevelt—it has been family-owned and -operated ever since. Go there at dusk, get a predinner happy hour drink, and listen to a 90-year-old piano player named Bob tickle the ivories. If you’re lucky, he’ll play “Moon River” and make you cry into your martini.

Owls Club Tucked away in Tucson’s Armory Park neighborhood in the chapel of the historic Bing Funeral Home—yes, a funeral home—the Owls Club bills itself as an  “aspirational Western bar” and is the perfect place to sip on a pour from the extensive whiskey selection nestled snug among the stained glass and chandeliers. You might even catch some great music in this wonderfully intimate setting.

More Design-Minded Destinations: This Sunny City Is Apparently the Best Place for Millennials to Move To Why This Design Destination Might Be the Next Scandinavia The #1 Millennial Travel Destination May Surprise You