The story behind Tees 4 Togo. 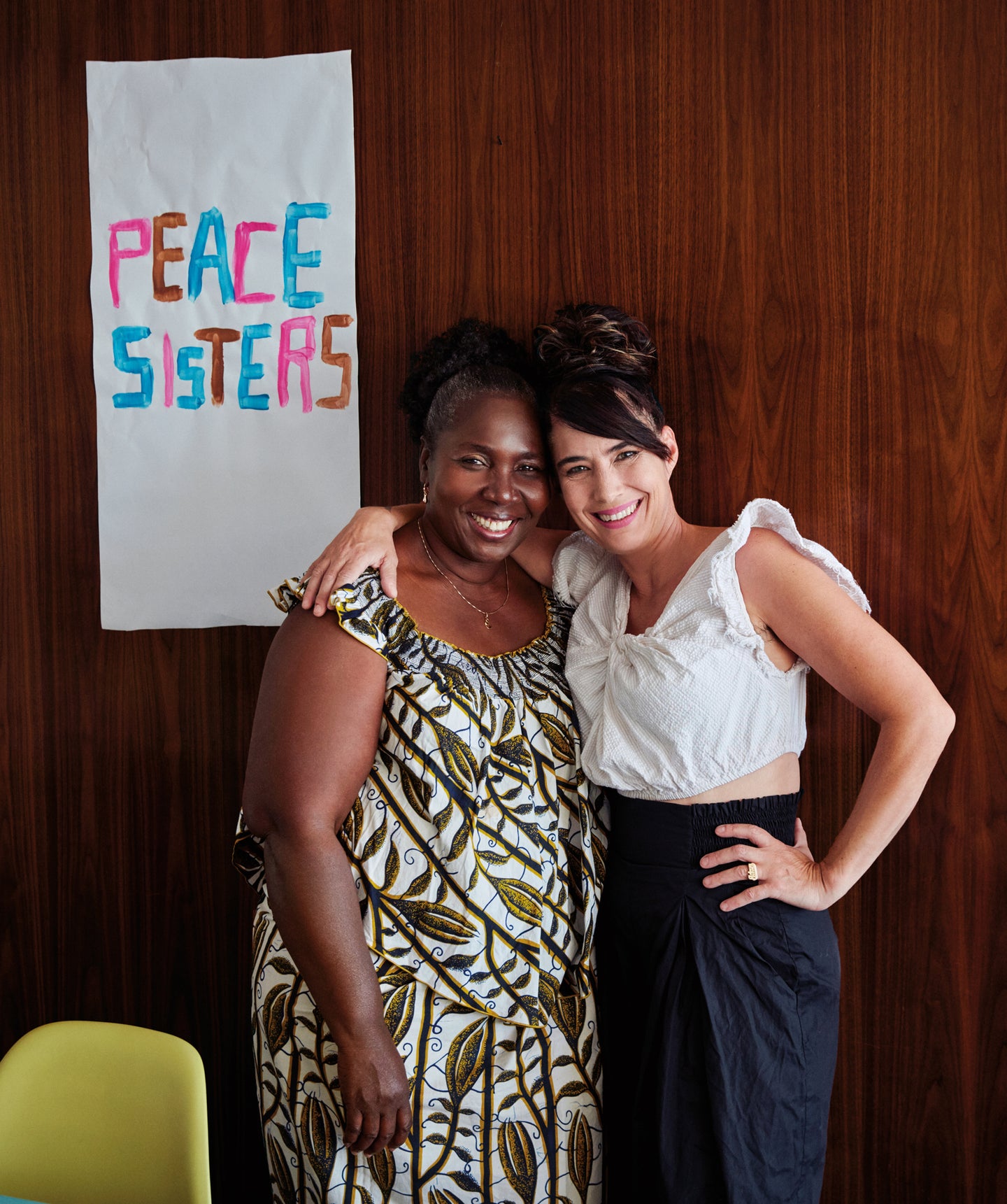 As a punk icon and original riot grrrl, Kathleen Hanna—best known as the front-woman of Le Tigre, Bikini Kill, and The Julie Ruin—has grown accustomed to seeing her face on T-shirts, but she had never designed one, until now. Her line, Tees 4 Togo, features portraits of Hanna and her über-talented friends, including fellow rockers Joan Jett and Carrie Brownstein; her husband, Adam “Ad-Rock” Horovitz of Beastie Boys fame; and comedians Hari Kondabolu and Patton Oswalt. All the profits benefit Peace Sisters, which supports education for girls in the West African nation of Togo.

Hanna was already thinking about launching a collection of tees when she met Tina Kampor, a nurse who had emigrated almost two decades ago from Togo to Pasadena, California. In her hometown of Dapaong, Kampor had been a teacher, working with impoverished students who couldn’t afford staples lie shoes, let alone tuition and books. When she moved to the US, she founded Peace Sisters to raise funds to help them. In the years since, the organization has put 240 girls through school.

Hanna felt an immediate connection when she heard Kampor’s story. “She brought up a powerful notion: How can a girl go to school if she has no support?” Hanna says. She began hosting fundraisers for the organization in her home, signed on as a Peace Sisters ambassador, and eventually came up with the idea for Tees 4 Togo. Each $40 shirt will pay for a full year of schooling for one girl. “I want to read the books and see the plays and watch the films made by women in this community,” says Hanna, who plans to visit Togo with Kampor in the coming months. “We keep talking about the power of women’s voices, and I think a huge part of this has to be women in other countries, poor women.” Lend your support by shopping the collection below.

This story originally appeared in the Winter 2018 issue of Domino, titled “Sweet Tees.” Subscribe to be the first to receive each issue!

13 Beauty Brands That Give Back

Meet the Designer Who’s All About Giving Back

It’s Easy to Give Back With These Office Volunteering Ideas