Creative Ways to Celebrate the New Season of Stranger Things

It's time to enjoy the triumphant return of your favorite sci-fi heroes. 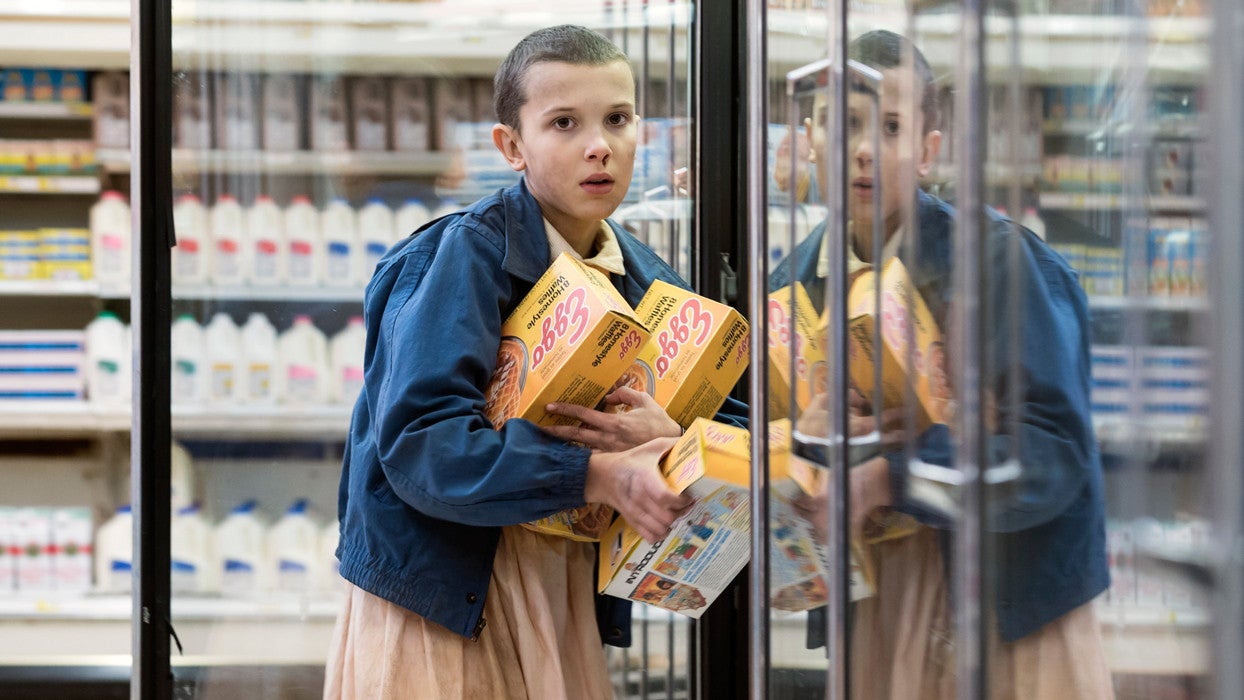 Strangers Things is arguably one of the best shows on TV—and with its undeniable John Hughes and Spielberg influences, it resuscitated ’80s nostalgia and mixed sci-fi horror with some touches of endearment.  So, it’s no wonder we’ve been counting down to the second season since the end of the first.

If you’re like us, and are ready to fire up Netflix and tune in (on October 27 at 12:01am PT) to the eagerly anticipated sophomore season, here are a few ways to ensure you watch in true Domino style… by taking inspiration from some of the most memorable moments from last season, of course.

Let there be waffles.

What E.T. did for Reese’s Pieces is what Stranger Things did for the Eggo waffle—ingenious, multi-sensory product placement. For the premiere, try one of these recipes that have been created by Eggo, in partnership with Netflix.

Winona Ryder’s characters always seem to be mesmerizing, believable, wacky, and yet, tender. She is a force as a mom, and is constantly hysterical in efforts to save her son. So, why not invest in a cool Winona lamp? Just because Joyce Byers lives in a weird, dark house, that doesn’t mean you have to.

Winona Ryder’s manic, jittery character Joyce Byers figures out she can communicate with her son, Will, down in the Upside Down via twinkling Christmas lights. Up the creep factor at your party, too—but don’t go ruining your living room in order to recreate this. Just throw up a temporary accent wall, and get crafty with some black paints and a strand of lights.

Here is a link to the ’80s, synth-heavy soundtrack you should play at your party.

Channel Barb with some homemade cake.

Even though we’ve heard there will be no #Justice4Barb in season two, why not bake a cake in her honor? (And don’t forget a cake stand.)

We all love Eleven.

The aesthetic for the character of Eleven became an instant hit—and a super easy Halloween costume to recreate, too. She rocked a Peter Pan collar and members-only jacket with a shaved head like no other.

Mornings are time for coffee and contemplation.

We couldn’t agree more with Chief Hopper’s morning musing—throw some adorable coffee art up over a coffee nook, or send yourself a cold brew pack as a treat.