Stop Everything: Here’s Your Chance to Meet Reese Witherspoon

Here’s how you can live like the actress (and see her IRL). 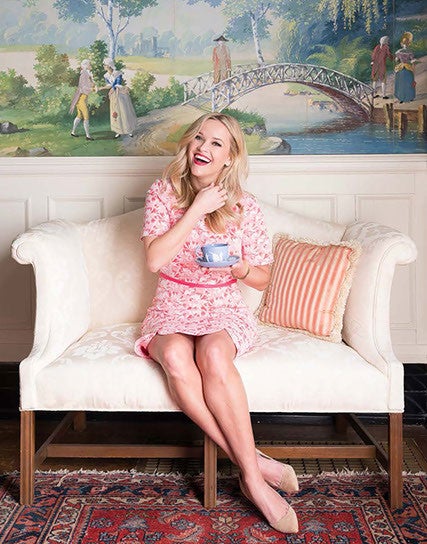 Stop what you’re doing and mark your calendars: Reese Witherspoon might be coming to your town. The multi-hyphenate is embarking on a national starting September 17 to celebrate her upcoming book, Whiskey in a Teacup. Presale tickets are officially available, so be sure to snag yours now before they sell out.

“I’m so excited to share that I’m bringing #WhiskeyInATeacup to your city!” writes Witherspoon on Instagram. “I’m gonna spill the tea on Southern living: food, beauty, decor, you name it—and I’ll bring a special guest to each stop! So tag your besties and come chat with me!”

The tour stops in eight cities, starting in New York City and ending in none other than Waco, Texas. And if you’re thinking that the Waco stop sounds a tad suspicious, we have a theory: Could Chip and Jo be her special guests? Given that that particular stop will be hosted at Magnolia Market’s Silos location, we feel like a Reese x Chip and Jo partnership could be a very real possibility. Talk about a grand finale.

As for the book itself, Whiskey in a Teacup is an homage to Witherspoon’s Southern roots. It’s something that anyone who has ever seen, read, or heard anything about the actress knows she’s passionate about, so it makes sense that it’s the subject of her first book.

“My Southern heritage informs my whole life, and spreading the gospel of Southern living has become sort of an obsession of mine,” Witherspoon writes on her website. “It’s reflected in how I entertain, decorate my home, and make holidays special for my kids—not to mention how I talk, dance, and do my hair.”

We’ve seen proof of her passion firsthand through business ventures like her brand Draper James’ partnership with Crate and Barrel. The preppy collection is fully inspired by lazy Southern summers and Witherspoon’s take on elevated-casual entertaining. And the actress-turned-designer-turned-businesswoman spoke at length about her personal philosophy when we interviewed her for our 2017 winter issue: “We have a neon sign that captures the values of the business: Optimism, humor, curiosity, generosity, honesty,” she told Domino.

And while, in that conversation, those values were in reference to Witherspoon’s production company Hello Sunshine, we think they’ll be fully encapsulated in her upcoming book. Part entertaining/lifestyle guide, part autobiography, we can expect everything from her grandmother’s fried chicken recipe to her “only slightly insane” hot-roller hair technique, to stories on her favorite traditions.

Whiskey in a Teacup officially comes out September 18 but is available to pre-order now via the website. If you’re as obsessed with everything Witherspoon does as we are (can Big Little Lies just come back, already?), don’t sleep on the chance to meet her.