The Property Brothers Are Back!

Here's everything you need to know about the new season of Brother vs. Brother. 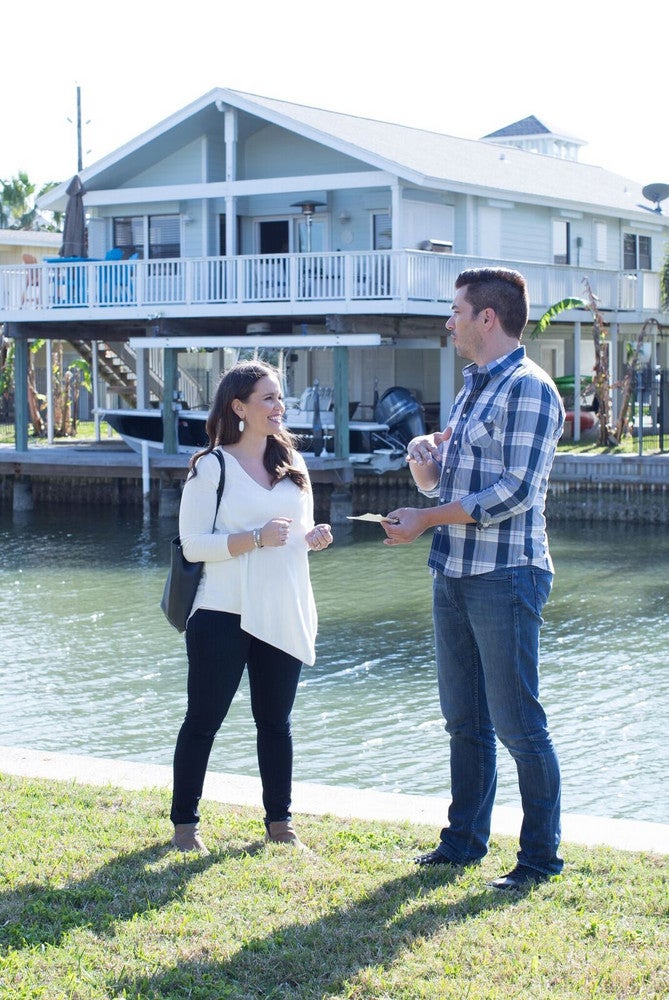 Everyone’s favorite sibling design duo returned to the small screen last night, on HGTV’s Property Brothers: Brother vs. Brother. Drew and Jonathan Scott’s hit show takes place in Galveston, Texas, this time around, where the two take on the renovation of a pair of waterfront bungalows, with a budget of $600,000, and only six weeks to complete the project.
This season, Marie Flanigan will be joining on as the lead designer for “Team Jonathan.” Flanigan, who’s involved with the design concepts and selection of architectural detailing, also aided in selecting the furnishings and accessories of the bungalow’s redesign. While challenges in a renovation go without saying, Galveston’s heavy moisture and humidity proved to be increasingly more difficult for the duo. Jonathan and Marie strived to create a waterfront oasis, with a bright and open concept space, providing a seamless transition between the outdoors and in.
For added excitement each week, the two teams led by brothers Drew and Jonathan, will participate in a one-room challenge with their lead designers. “He’s desperate to win,” said Jonathan, who has won on the last two seasons of the show. “I was also born first, so I also won that competition.”
At the culmination of the show, proceeds from the sale of each home will go back to the Galveston community via national non-profit Rebuilding Together.

A sneak peek inside one of the properties set to debut on the show. Tune in on Wednesdays at 8 p.m. CST on HGTV.

Chip and Joanna Gaines on Making the Impossible Possible 9 things we learned from HGTV design star Emily Henderson Everything You Need To Know About HGTV’s New, Must-Watch Show