There Is More to These Colorful Courts Than Meets the Eye 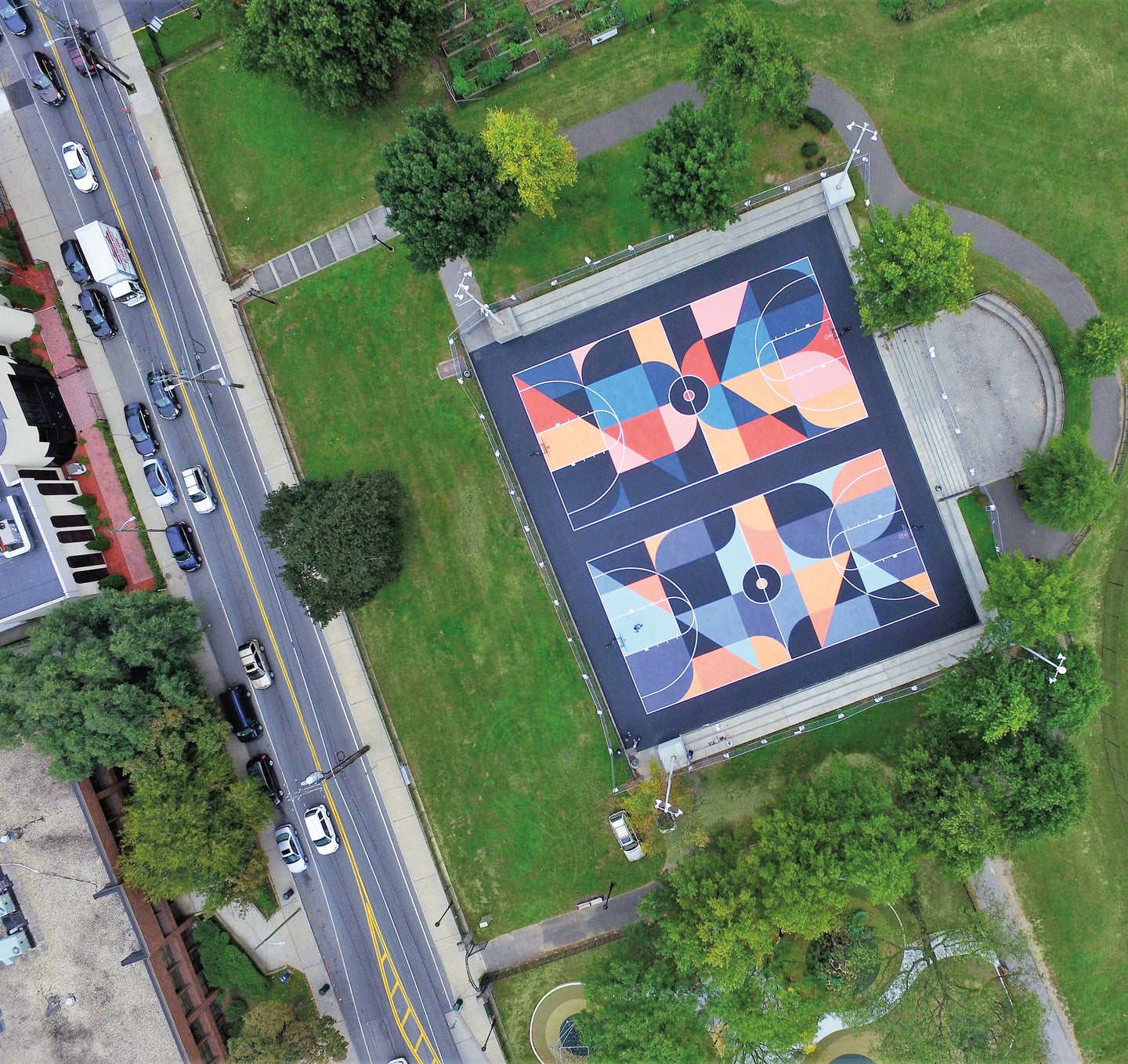 This story originally appeared in the Spring 2019 issue of Domino, titled “Coloring Inside the Lines.” Subscribe to be the first to receive each issue!A basketball court might seem like an unlikely place for art, but Dan Peterson considers every plot of asphalt a potential canvas. After moving to Tennessee in 2012 to work for NBA team the Memphis Grizzlies, the New York native noticed that many of the public outdoor courts were missing one important detail: lines. “Project Backboard originally started as just me running around to different parks in my free time and painting the lines on the courts,” recalls Peterson. Then color came into the picture.

“I was doing a park that had these big, bright, beautiful sculptures next to the court. So I went to the artist, Anthony Lee, to ask if he would pick the colors for the lines, and he came up with a design for the whole surface,” says Peterson. Since then, Peterson has been teaming up with local artists in cities across the country to create large-scale installations. Project Backboard has completed more than a dozen artist-designed courts over the past four years.

From an aerial perspective, the courts read as abstract paintings, deriving their power from a captivating range of punchy hues and large, geometric shapes. But from the ground, the murals serve a much larger purpose. Passersby of all backgrounds and ages become curious and ask how they can get involved. “Real change and better parks are going to happen when people who live in those communities feel responsible for them. It’s important that the people who use the space feel like it’s theirs,” explains Peterson.

Along with infusing public parks with a newfound energy and sparking community engagement, the bold updates have opened up the courts to a new wave of players. “I’ve also noticed that, through the addition of color and artwork, the spaces feel more inviting to families and young athletes,” shares Peterson.

Project Backboard’s next masterpiece is set to take place in Puerto Rico, where it will be teaming up with artist Carlos Rolón to renovate a court destroyed by Hurricane Maria. You might even find a one-of-a-kind court in your own neighborhood in the near future. That is, if you’re willing to pick up a paintbrush and play a little pickup. “With a lot of these courts, it all starts with an email,” says Peterson. “The only way that Project Backboard is going to become a real movement is by having people who are not me leading projects on their own.” The ball is in your court.

See more ways to give back:

It’s Easy to Give Back With These Office Volunteering Ideas

13 Beauty Brands That Give Back