Design industry tastemakers share their favorite hue for the year. 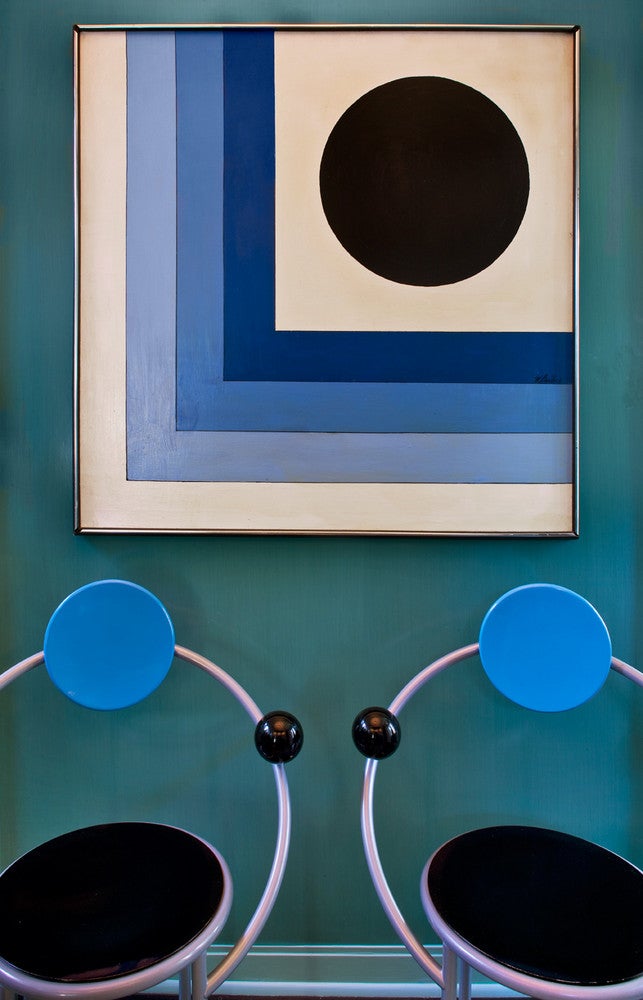 Nina Freudenberger of Haus Interior uses Farrow & Ball Number 289 (Inchyra Blue) a lot in her designs. “I love this blue,” she gushes. “It’s something that can be used instead of a dark gray, but it has so much more life to it. You can use it to make a media room or library feel cozy or make a modern entry feel inviting. I could even imagine it on a front door or in a powder room.”

Interior designer Elizabeth Hague of New York based firm Emma Elizabeth Trading is shying away from last year’s minty, pale greens in favor of using more sophisticated earthy and forest greens like Benjamin Moore Historical Color Fairmont Green. “I used it on the walls and ceiling (mixed with Benjamin Moore 25 percent White 01 on the ceiling) in my nieces’ and nephew’s bunkroom in our cabin in the woods in upstate New York,” Hague says. “Earthy greens create a contemplative, calming vibe wherever they are used. Studies have shown foresty greens reconnect us with nature and elevate our moods. Something we all can use!”

Icing on the Cake

Elizabeth Pyne of New York based firm McMillen Inc. can’t get enough of Benjamin Moore Icing on the Cake. “I love this color because it is light and cheerful, but not too intense,” Pyne says. “Unlike other light blues, which have a tendency to veer towards gray in higher concentration, this color maintains its brightness and vibrancy, and does not get washed out. Icing on the Cake has quite a bit of green in it too, so it was the perfect color for this open room where the color scheme was a combination of teals, aquas, browns, light blues and light greens.”

San Francisco based designer Ken Fulk adores the turquoise shade (Benjamin Moore’s Tropical Turquoise) he used for the walls, ceiling, and drapes at Uncle Harry’s, the penthouse lounge at The Harrison in San Francisco. “With a panoramic 100-foot window overlooking the San Francisco Bay, the room almost becomes part of the water view,” says Fulk. “And it’s a powerful color that holds its own amid layers of old-world textures, including velvet, brass fretwork, black marble, chintz upholstery, African kuba cloth, and crocodile-embossed leather.”

Pratt + Lambert’s Pacific is designer Kelly Wearstler’s pick for the perfect refresh color for 2017. “Pacific is a confident color, very tranquil, rejuvenating and incredibly versatile,” says Wearstler, who used it in her son’s room and the hallway of her Beverly Hills home. “It works in small and large spaces as well as with darker trims (for a more masculine look) or lighter trims. I find it such a calming and joyful compliment to the blue of the sky when seeing it adjacent to a window scene.”

When NYC-based lifestyle blogger Joanna Goddard of A Cup of Jo and her family moved into a new apartment in Brooklyn last summer, the walls were all painted in a cold, pale gray hue. “We wanted to brighten things up with a warm white paint color (nothing too yellow or blue),” Goddard explains. “We went with Benjamin Moore Chantilly Lace OC-65, which has the tiniest bit of yellow pigment, and it was perfect!” Since then it’s become her go-to neutral shade.

The richly-saturated aubergine shade Benjamin Moore Shadow was named as color of the year by the company. “Dark rooms are currently prevalent in retail, restaurants, galleries, and museums in addition to home interiors,” says Ellen O’Neill, Benjamin Moore’s creative director. “The drama, seduction and transformation of rooms cloaked in a dark shade signals strength, intent, and confidence. The color Shadow is a versatile shade that can read soft and flattering in natural light or royal and almost electric by candlelight.”