Plus we learned the production designer’s cottagecore secrets. 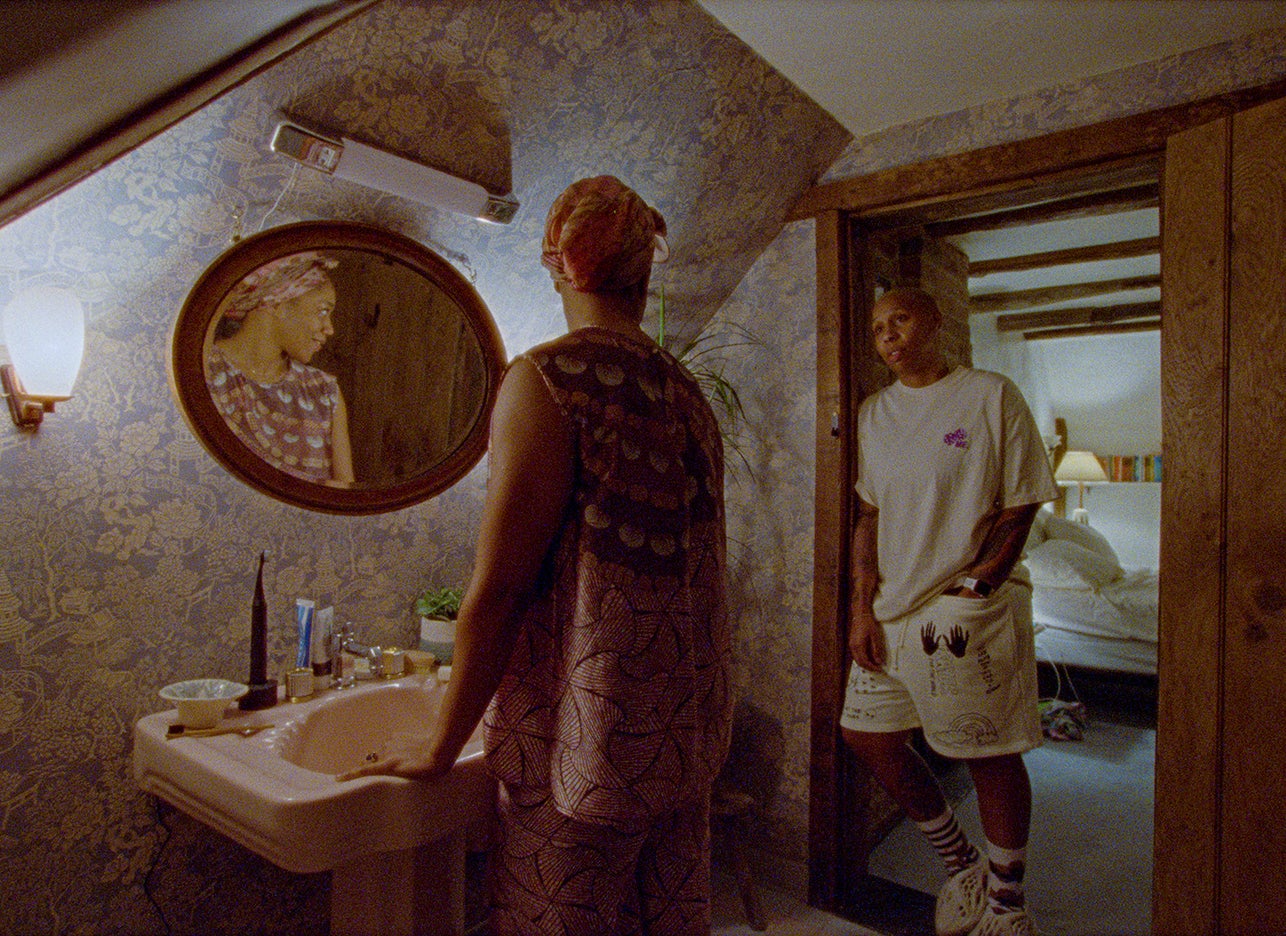 On the third season of Master of None, titled Moments in Love, actors Lena Waithe and Naomi Ackie play a married pair who live in an idyllic upstate New York house with exposed beams, cozy quilts, and enough charm to convince anyone to give up their city-dwelling life for a pair of Hunter boots and access to a sheep-filled field.

But before you get fitted for coveralls, keep this in mind: The show’s cottage is actually a set, dreamed up by production designer and coproducer Amy Williams and set decorator Kimberly McBeath. In fact Williams and her team built the entire interior in an empty convention center in the U.K., so she knows a thing or two about setting a romantic scene from scratch. Here’s how they nailed what she calls the show’s “upstate lesbian cottagecore” vibe.

“It was really important to make everything feel really old and ancient,” says Williams. To give the space a weathered, worn-in look, she asked the set’s builders to use reclaimed wood for the beams and lay tiles imperfectly. When it came to furniture, she did the same, giving preference to vintage pieces, like the round dining room table and the couple’s metal bed. “I wanted to include a lot of pieces that [the characters] maybe found at antiques fairs and flea markets—then brought back to life,” she adds.

It can be tempting to reach for accessories and tchotchkes at the start of a project, but Williams suggests buying anchor items (as in, a sofa and chairs) first. When Master of None creators Aziz Ansari and Alan Wang couldn’t decide on the couches Williams presented to them, they asked the actors, who chose the orange velvet one that appears on the show. Actually the piece became so popular among the crew that Williams says she gets asked about it all the time, and Waithe even ordered it for her home once filming wrapped.

As a cheeky nod to the women living in the home, Williams added subliminal breast and vagina patterns into the decor. “You can kind of see it in the stained-glass window in their bedroom, but we also used a lot of circles within circles to represent breasts,” says Williams. She even bought ceramic planters that celebrate the female form.

To make sets look more like a real home, Williams relies on this styling trick: “Books and plants are my secret weapon finishing touches,” she says. She recommends vintage clothbound books and old paperbacks with colorful pages to add personality—and that signature cottagecore feel—to a space.