Instead of leaves, blend in with checks and poppies. 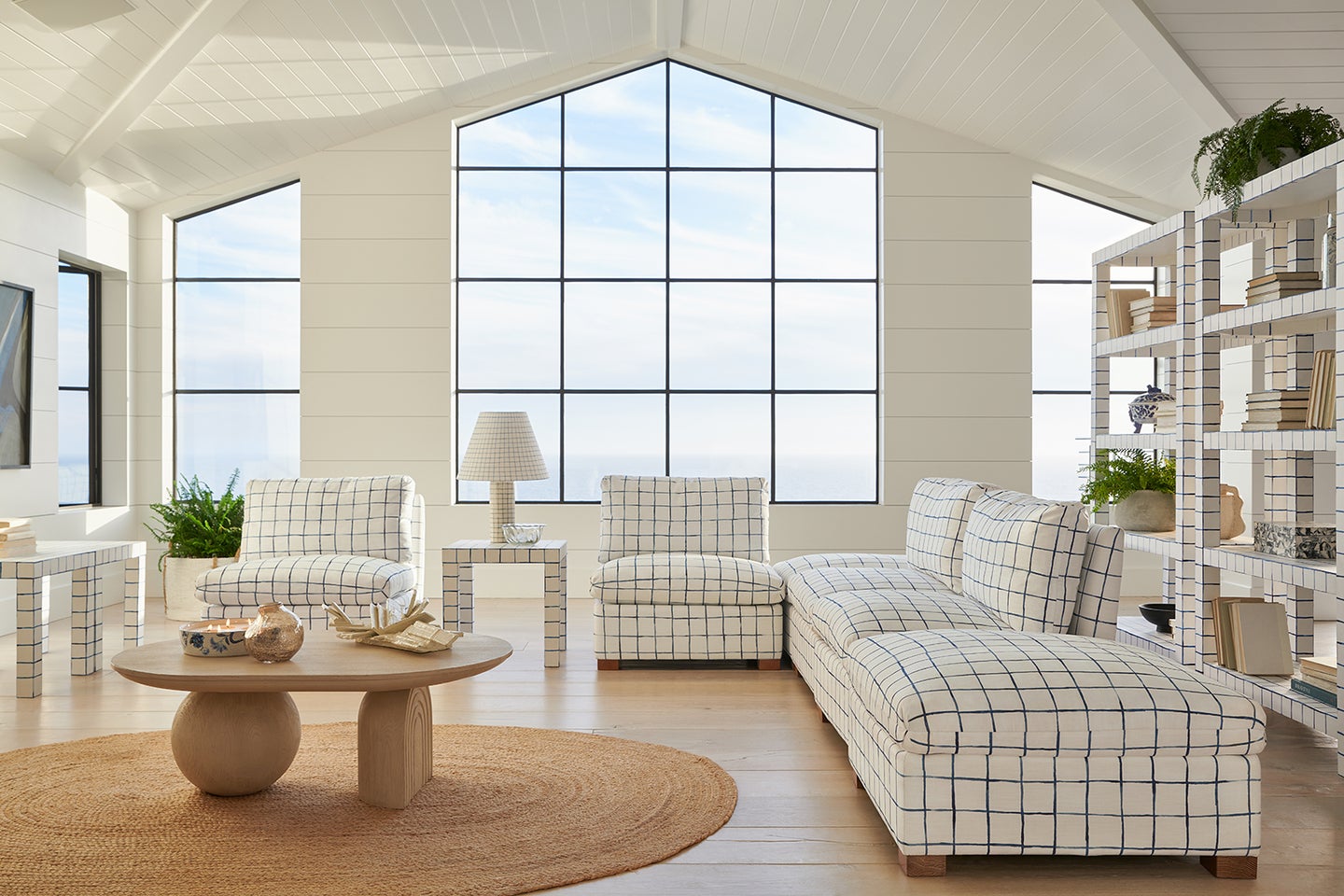 Traditionally, the point of camouflage is to blend in. Images of hunters or soldiers crouched down on a forest floor, dressed head to toe in neutral-colored splotches, typically come to mind when someone mentions the pattern. Well, that or the circa-2001 music video for Destiny’s Child “Survivor.” However, when it concerns your home’s design, Anthropologie is asking you to reframe what camo looks like. Its new Poppy collection with famed interior designer Mark D. Sikes (the creative behind Reese Witherspoon’s home and storefronts) shows us how the method of camouflage can be used to help a space stand out. And no, there are no leafy green and sandy beige blobs in sight.

In the campaign images, a gridded bookcase is shown positioned against a wallpaper treatment that matches the graph paper–like design exactly. The result is a bit trippy, but it instantly adds depth to the room and makes the space extra visually interesting. In another shot, we see poppy-print dining chairs in a space with not only a coordinating table but ceiling and walls swathed in the same motif. The pattern play isn’t limited to the furniture. Sikes introduced his signature blue and white combination in the form of gingham dinner plates and paisley side dishes. Just throw in the line’s cobalt blue stemless wineglasses and it’s a recipe for entertaining success.

Ranging from $14 to $1,498, the launch spans tableware, home fragrance, furniture, and throw blankets. While there are so many opportunities to mix and match geometric prints with botanical ones, we’re hooked on this idea of match and match. Being one-note has never looked so good.