Yes, You Can Squeeze a Breakfast Spot, Laundry Area, and Guest Suite Into an Old Garage

Without it feeling cluttered or cramped. 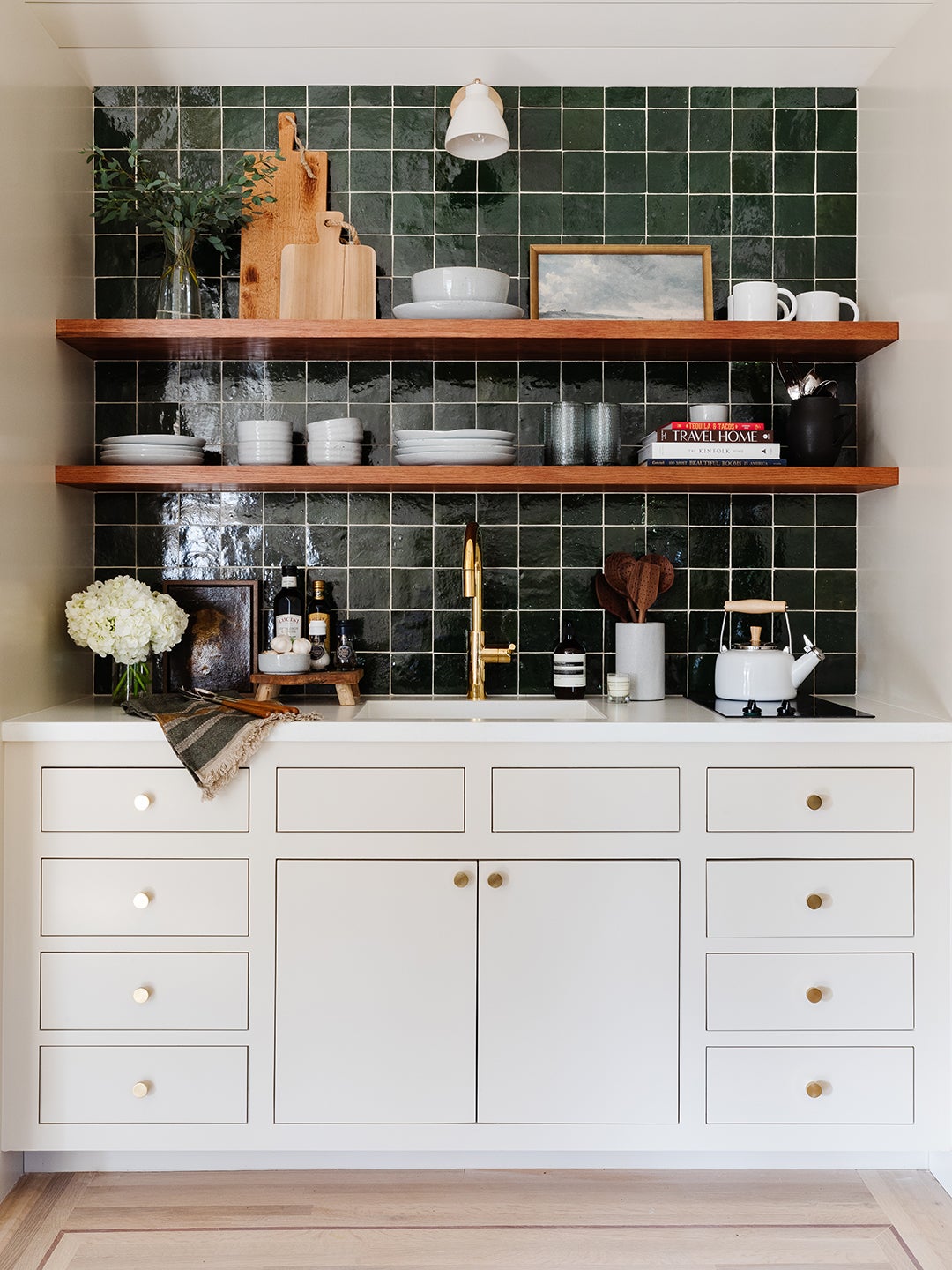 Whether or not the previous owners had been using the apartment above their garage as a study or makeshift Pilates gym didn’t matter to designer Marie Flanigan. She saw past the orange-tinted panel walls, droopy ceiling, chiropractic equipment, and musty carpeting to its potential as the guesthouse her clients envisioned. After recently making the move from Los Angeles to Austin with their three kids, the couple was hoping to reimagine the studio as a separate retreat for visiting relatives and friends. But they weren’t simply asking Flanigan to add a bed and refresh the bathroom.

“They wanted a place for people to do laundry, a kitchenette with a cooktop, and a banquette that someone could either work from or use for dining,” explains Flanigan. “And it wouldn’t be a place just for one.” So Flanigan and her assistant, Kristin Amundsen, had to figure out how to accommodate all of their asks—into just 525 square feet.

Instead of tearing down every panel-clad wall and expanding out, Flanigan looked to build up, raising the ceiling from 8.5 feet to nearly 15. “We spent a lot of time with the floor plan and trying different options,” recalls Amundsen. “We did some shifting, like, should the kitchen be closer to the window? Is the bathroom connected to the closet?”

The layout they landed on centered the queen-sized, bespoke bed on the main wall and in between the structural beams, where they would later hang an antique chandelier from their clients’ personal collection. With the ultimate goal of opening the room up, the two also realized they couldn’t keep the kitchenette separate from the space; they wanted it to mingle and speak to the rest of the room.

Pick Your Moments for Big Color

To further emphasize the illusion of space without losing the garage’s charm, Flanigan provided her builder with buckets of paint rather than instructions to remove the millwork, which originally came from the University of Texas’s School of Law. Covering up the warm-toned stain in Benjamin Moore’s creamy white Sheep’s Wool and extending the color to the ceiling immediately made the guest suite feel bright and airy (though Flanigan did save some of the wall for the bathroom door), while simultaneously hiding cracks and other imperfections.

A longtime lover of wallpaper, Flanigan selected a classical (yet equally whimsical) flora and fauna pattern in indigo and green so her clients could create a fun, maximalist moment in the bathroom. “It served as a lot of color inspiration for the main room,” she says, whether for the jewel-toned glazed antique lamps sourced from England, the emerald zellige backsplash tile, or the area rug situated beneath the custom bed frame.

Without a lot of walls dividing up the space, Flanigan had to create zones in other ways. The laundry nook, for instance, is concealed by floor-length cabinet doors that look as if they could lead to a pantry. On the right side of the sink, everything from dry goods to glassware (even a mini Smeg refrigerator) is tucked into matching cupboards. “By not creating a whole room, you save so much space and keep it clean and beautiful,” Flanigan points out.

Although determined to make the former garage look good, Flanigan still had to make sure the space functioned as a proper guest room. In the kitchen, she opted for an induction cooktop. “We didn’t need a hood, we just needed something for heating up tea or soup,” she says, so floating shelves could take its place.

Maximizing every inch also played into the decision to install a wall-mounted sink in the bathroom. “It makes the room feel more open; we just added a simple shelf underneath for storage,” says Amundsen. Now the family has a hotel suite–like space—in the same spot they hadn’t been using just 10 months earlier.