Where You Can Find the Most Instagrammable Escalator in NYC

Inside the hotel that's looking to bring "luxury for all." 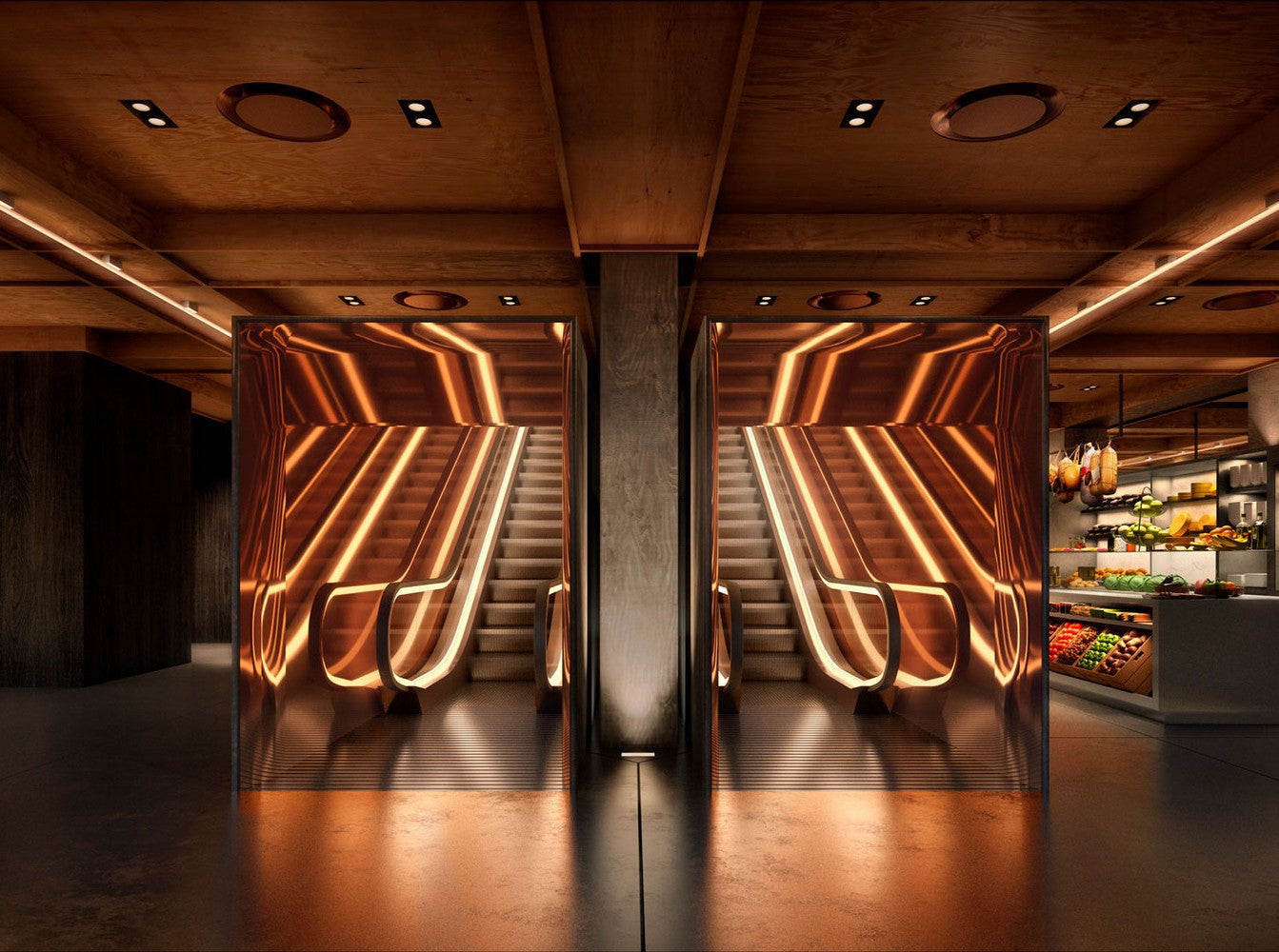 New York City, specifically the Lower East Side, was the ideal location for Ian Schrager to build a second outpost of his Public Hotels chain. “It was in a new area, it was a frontier and right in the middle of everything,” says Schrager.

The hotelier tapped the Swiss architecture firm Herzog & de Meuron to build the structure, which houses 367 hotel rooms and private residences (with interiors designed by John Pawson). “I think they are the most brilliant architects out there,” he explains. “They don’t have any specific style. Every time they do something new, they start from square one and come up with the appropriate solution.”

Among the hotel’s (already) iconic moments are the Insta-famous escalators. Streamlined and modest, yet tastefully flashy, the neon-lit structure has been rapidly gaining traction on social media.

The aesthetic of the hotel is all about an eclectic mix. “It is very quirky, very unexpected with a lot of disparate things put together that you would never anticipate would go together,” says Schrager. Modest elements like plywood and concrete are incorporated into the spaces in a very refined and sophisticated way. “The designs were inspired by trying to do something really simple and we were trying to do something that was appropriate for the area.”

The brand’s hotel concept “luxury for all” means that the hotel rooms start at $150 per night (the hotel just opened this month). “Customers want a unique experience and they don’t want to be ripped off,” explains Schrager of the new type of travelers. “They would like to see something that they have never seen before, but they don’t want it to be contrived or trendy.”

The food and beverage offerings (Jean-Georges Vongerichten is helming the upscale Public Kitchen restaurant and Louis features great grab n’ go offerings all day) along with robust entertainment programming attracts a young crowd. “The entertainment factor is really different and unlike anything anyone has ever seen before but it’s all available for a less expensive price,” says Schrager. Each of the four bars has a different personality and you could stay at one all night, or hop around—Public Arts is a new performing arts concept space that slowly evolves into a sweaty, high-octane, high-intensity dance club at night. “It is a microcosm of the best entertainment New York has to offer.”