This Designer Uses the Most Whimsical Lighting in Her Kids’ Rooms 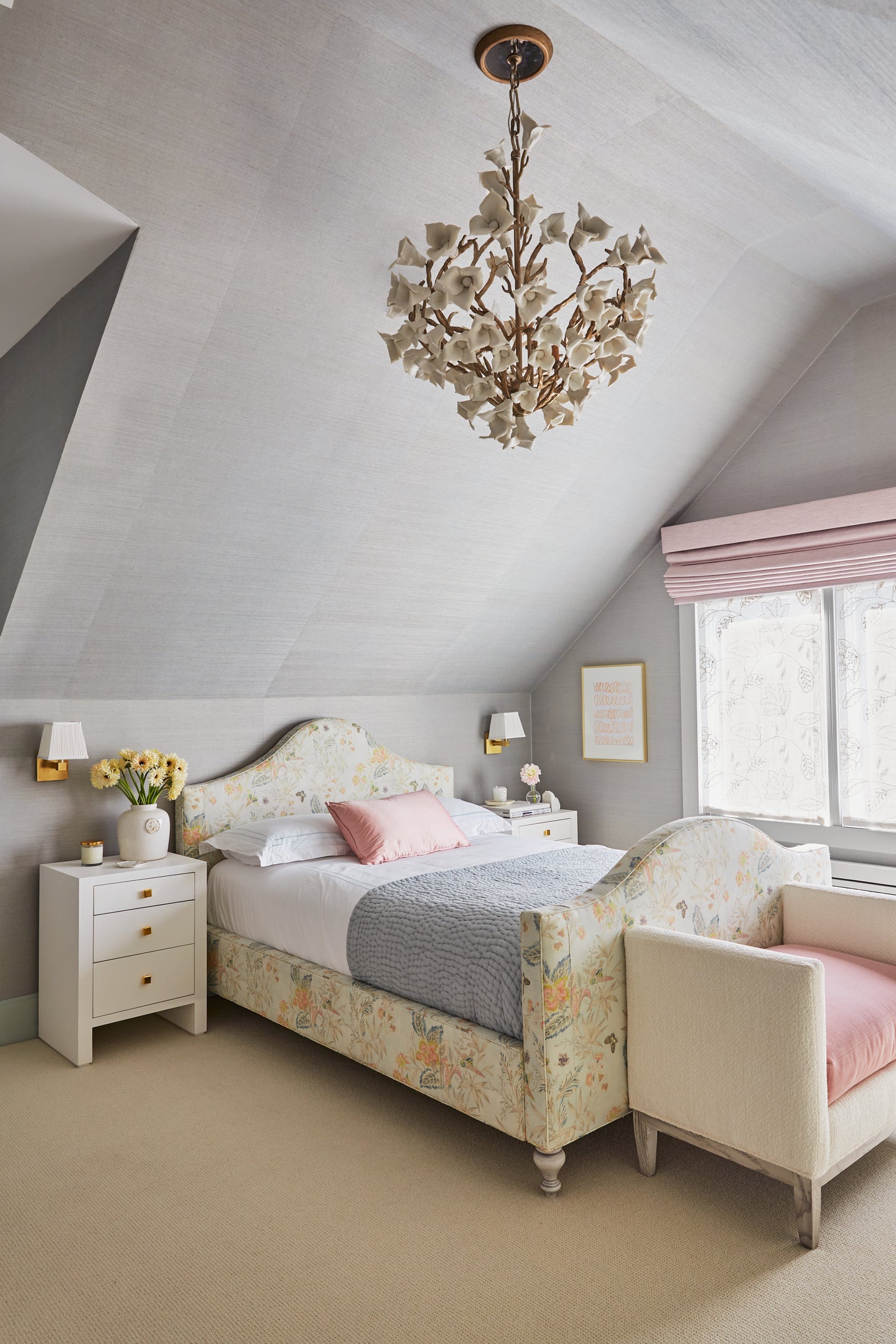 You don’t need to be an interior designer to know that lighting can make or break a room. After all, too little—or the wrong kind—can make your space appear dark and downright dreary. But, as Natalie Kraiem proves, the choice of fixture for a room is just as important as the glow it gives off. “Sometimes the lighting ends up inspiring the whole room, setting the tone for the style and mood of it,” she says.

When Kraiem was decorating her two children’s bedrooms on the top floor of her family’s Brooklyn home, she wanted to incorporate fixtures that would draw the eye upward to the high ceilings. Her first stop? Hudson Valley Lighting Group.

There, she found plenty of styles and sizes to choose from, making it easy to find the perfect fixture for each space. Plus, the company provided extra hardware to adjust the height of the lights, making it a cinch for the designer to create some contrast with the children’s low-slung furniture.

For her eight-year-old Andree’s floral-themed room, Kraiem chose the Lily chandelier, complete with white porcelain flowers that make the ultimate statement in girly sophistication. “It feels like a sculpture,” she says.

Brass sconces draped in pleated silk shades round out the space, lending an elegant vibe to the bedroom’s ethereal aesthetic.

Right down the hall from Andree’s room is the space Kraiem created for her 10-year-old son, Eli. But while she wanted to give Eli a big boy’s room—or, as she puts it, a boy cave—the designer didn’t want the space to be devoid of childish wonder.

To give the room a sense of playfulness, Kraiem added a midcentury-inspired chandelier, dome-shaped desk lamp, and wall sconces wrapped in clever black sleeves. “I want each piece to be meaningful and tell a story,” she says. “Lighting should decorate the room and be memorable.”

Keep lighting up:  Affordable Lighting That Still Looks Chic How to Choose the Right Light for Any Room Calling It: Bedside Lights Are the New Night-Lights